TYSON FURY has named his top four heavyweight rankings after his win over Deontay Wilder.

The Gypsy King destroyed his American rival to put an end to their bitter feud with an eleventh-round KO. 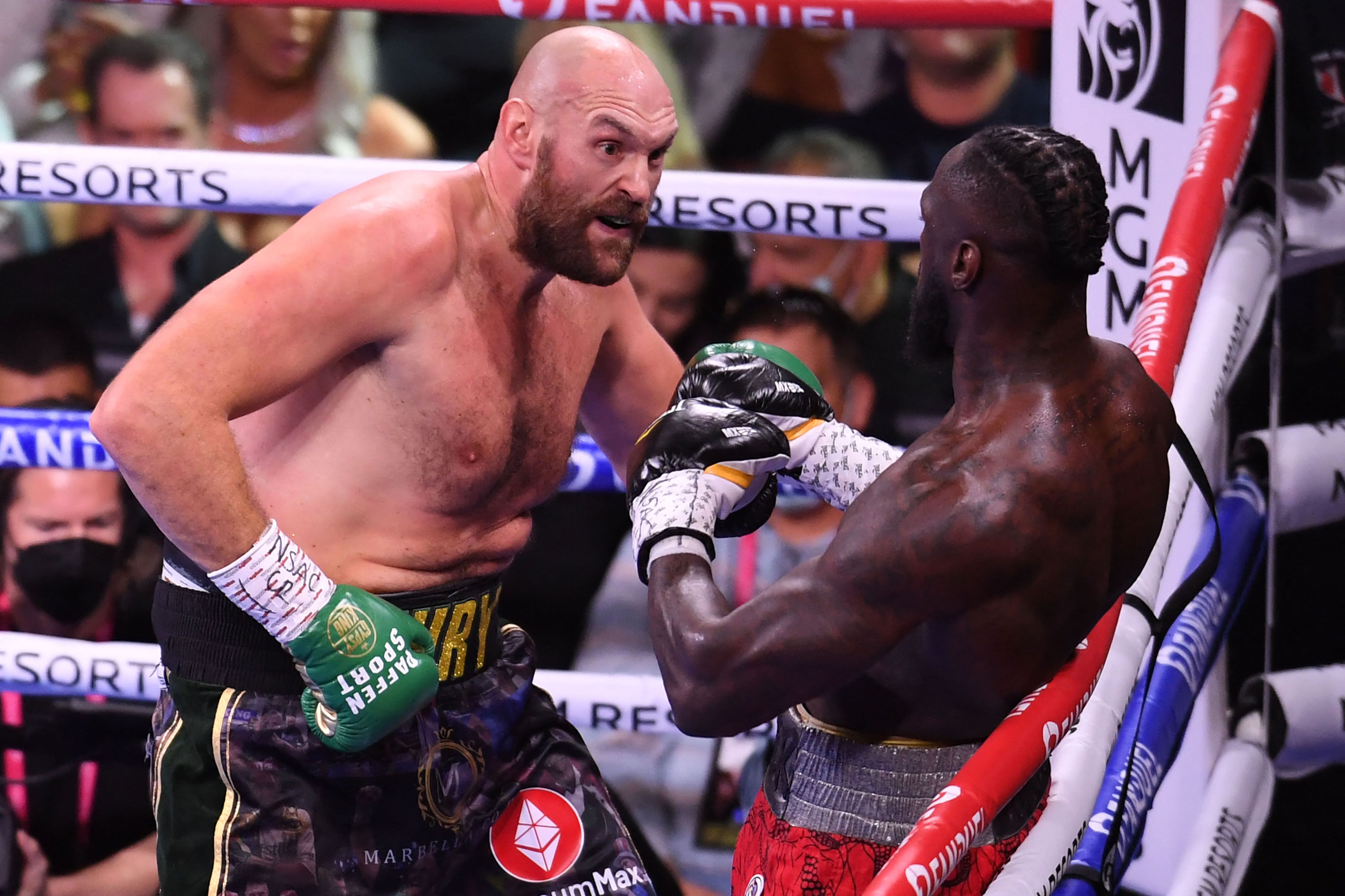 It came after a back-and-forth bout with FIVE knockdowns in one of the best heavyweight fights of the century.

And the Gypsy King revealed who he thought was the best in his weight division after the victory at the T-Mobile Arena, Las Vegas

He picked himself top of the charts, but put Wilder second behind him despite beating the 35-year-old twice in a row.

The Morecambe man said: "It was a great fight tonight, it was worthy of any trilogy in the history of the sport.

"Deontay Wilder's a top fighter, he gave me a real run for my money.

"I always said I'm the best in the world and he's second best."

It comes after he told Barstool Sports the other fighters he would have in the top four before the clash.

He named Oleksandr Usyk third with Anthony Joshua fourth, after the Ukrainian's win over the Brit.

Meanwhile, Wilder was taken to hospital following his loss for precautionary checks.

He broke his silence after the bout, revealing Fury's clever tactics and weight advantage.

The American said: "I knew that he didn't come in at 277lbs to be a ballet dancer.

"He came to lean on me, try to rough me up and he succeeded."