TYSON FURY warned Anthony Joshua he will get 'f***ing smashed' as he stepped up his training camp in Las Vegas.

The WBC champion is Stateside as he prepares for a potential undisputed title decider with AJ. 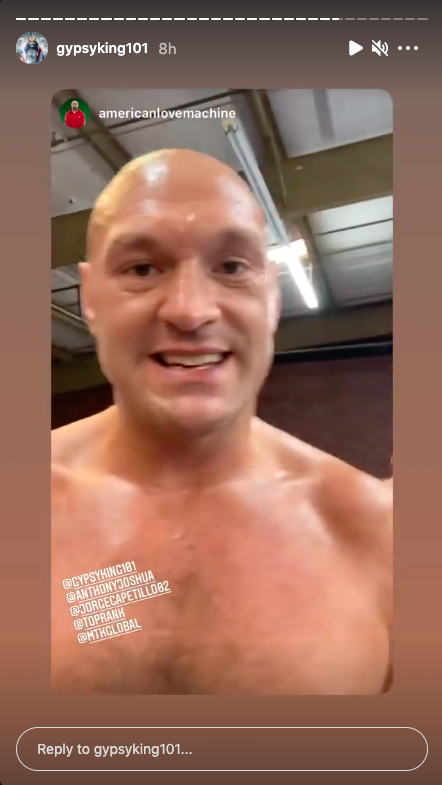 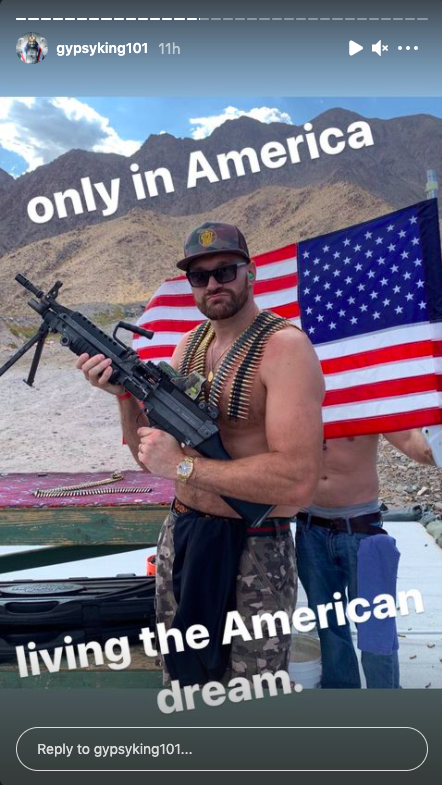 And during a session in Top Rank's Vegas gym, he was asked to send out a message to 'the bodybuilder' Joshua.

Despite looking in tremendous shape, it is not all work no play for Fury, as he visited a gun range.

Posing with a machine gun, he posted: "Only in America. Living the American dream."

Joshua, 31, and Fury, 32, signed to fight each other in March, with promoters left to agree a date and venue.

Both champions have agreed a site deal, believed to be Saudi Arabia, with August 7 the potential fight date.

Fury confirmed he will be ringside to watch his close friend Saunders after borrowing Bob Arum's private jet to fly to Arlington.

And there, Hearn and the Gypsy King could confirm the summer unification.

Hearn said: “Hopefully we can announce the big one out there as Fury will be there.

“It would be amazing to announce that before or after the fight as it’s a massive show.”