DANA WHITE confirmed Khabib Nurmagoemdov will keep the UFC lightweight title after predicting the champion will reverse his retirement.

Nurmagomedov announced he would be hanging up the gloves this month after submitting Justin Gaethje in two rounds to go 29-0. 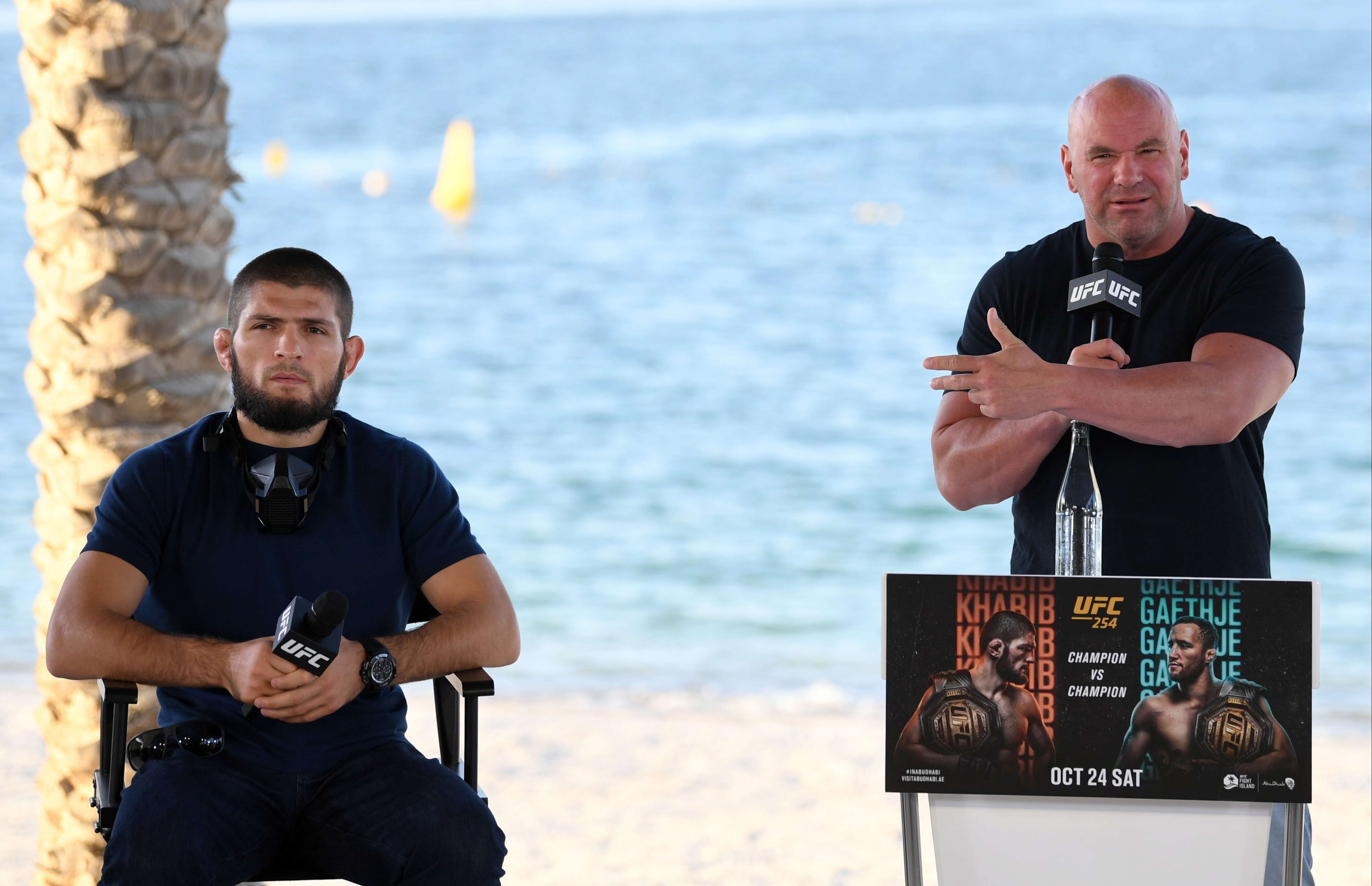 It was the first fight since the loss of his influential father Abdulmanap, who passed away aged 57 in July after contracting coronavirus.

Before making the shock decision, Nurmagomedov had confirmed his father wanted him to walk away unbeaten in 30 fights.

Rretirement would mean vacating his belt – but White has backed unbeaten Khabib to fight on.

He told ESPN: “So he was super emotional after that fight and you know he got the measles the mumps, whatever he got.

"Then he broke his toe leading into that fight.

"Took the fight, and with the passing of his father I just think he was super emotional and was just in the moment that night.

The pair had both been offered a January 23 headliner but contracts were yet to be signed.

Now it appears an agreement has now been reached, after White addressed the situation following Anderson Silva's final UFC fight.

White said: "The fight's done, I think so, yeah.

END_OF_DOCUMENT_TOKEN_TO_BE_REPLACED

END_OF_DOCUMENT_TOKEN_TO_BE_REPLACED
Recent Posts
We and our partners use cookies on this site to improve our service, perform analytics, personalize advertising, measure advertising performance, and remember website preferences.Ok