Toronto: America's top athletes could be banned from the Olympics and other major international sporting events if the United States follows through on its threat to withdraw funding from the World Anti-Doping Agency (WADA), anti-doping leaders say.

The US threat has sent shockwaves through the anti-doping community and prompted several governments to urge WADA to introduce legislation that would find the US non-compliant with the WADA Code, effectively barring American athletes from international competition. 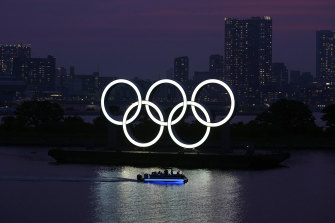 A US threat to pull funding from WADA could see American athletes deemed non-compliant.Credit:AP

"The consequences of a withdrawal of WADA funding by the US could be more severe and far reaching for American athletes," WADA president Witold Banka told Reuters.

"We have been approached by a number of governments of the world that were shocked by the threats from the US government supported by USADA (United States Anti-Doping Agency).

"These governments want us to consider an amendment to the compliance standard meaning that non-payment by a government of its WADA contribution could lead directly to that country's NADO (National Anti-Doping Organisation) being declared non-compliant with the World Anti-Doping Code.

"Inevitably this could have serious repercussions for athletes from that country including their participation in major international sporting events."

The Tokyo Olympics have been delayed by a year until July 23 to August8, 2021, because of the COVID-19 pandemic.

All Olympic Games' participants must comply with the IOC Executive Board's entry process, including the signing of the entry form, which includes an obligation to comply with the Olympic Charter and World Anti-Doping Code and submit disputes to the Court of Arbitration for Sport's jurisdiction.

"To threaten one country's athletes over WADA's failed governance model is pretty remarkable and disappointing," Tygart told Reuters. "WADA is very threatened and rattled but to illegally threaten US athletes is shameful. 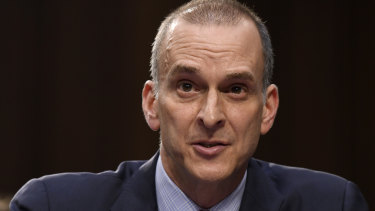 "They ought to spend the time trying to fix and make WADA what the world wants it to be, which is a strong independent WADA.

"There's something wrong when the global regulator attacks one of its key partners that is doing everything to uphold the rules, yet they turn a blind eye to a country like Russia that runs a state-sponsored doping program.

"The hypocrisy here is incredulous."

Russian authorities have always denied the existence of state-backed doping in the country.

A report by the White House's Office of National Drug Control Policy (ONDCP), presented to the US Congress in June and seen by Reuters, was highly critical of WADA demanding that it implement immediate reforms.

It is surprising WADA would threaten illegal retaliation against the US. There is no rule.

The report also suggested that the US withhold funding unless it was given greater representation on WADA boards and committees and "a proportionate voice in decision-making.”

If the US government was to cut funding it would also lose its spot on the WADA Foundation Board and seats on all committees, WADA says.

"It is surprising WADA would threaten illegal retaliation against the US," said Tygart. "There is no rule.

"If the US government stops paying the only consequence specified in the WADA rules and UNESCO treaty is that the US could no longer sit on any WADA committees.

"You can trust the federal government looked at the legal ramifications in the event they stopped paying.

"When they realised all it meant was they were off the Foundation board, they went big deal.

"That means nothing to us, it has no power, it is ceremonial.

"There is anti-American bias."

Even without an amendment to WADA rules, an unprecedented move by the US to cut funding could trigger a messy non-compliance issue and leave American athletes in limbo.

US athletes aiming to qualify for major competitions would have problems because, even if they were not directly sanctioned by USADA's compliance status, they could have difficulty demonstrating a clean record.

END_OF_DOCUMENT_TOKEN_TO_BE_REPLACED

END_OF_DOCUMENT_TOKEN_TO_BE_REPLACED
Recent Posts
We and our partners use cookies on this site to improve our service, perform analytics, personalize advertising, measure advertising performance, and remember website preferences.Ok