Van de Beek WILL be involved for Man Utd, vows Solskjaer as he praises £35m flop's 'spot on' attitude

OLE GUNNAR SOLSKJAER has promised to give Donny van de Beek a chance at Manchester United.

The Dutchman has struggled since his £39million transfer from Ajax last summer. 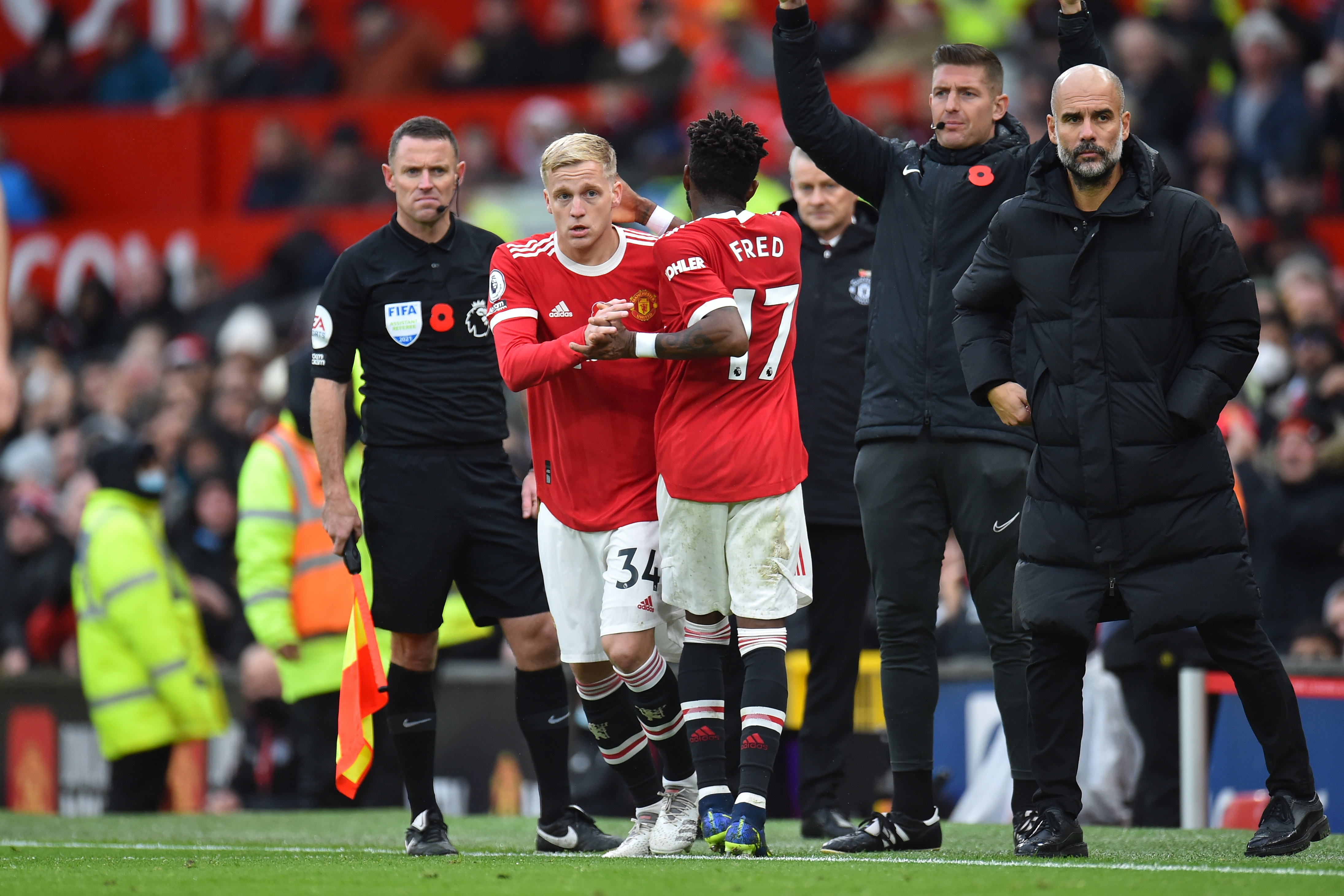 Real Madrid, Newcastle and Wolves are all thought to be keen on rescuing Van de Beek from his United nightmare.

But Solskjaer insists his hard work while out of the team will finally pay off.

He said: "I speak to him because it’s not easy when players are not playing as much as they think they should do.

"He thinks he should be playing more. He will be involved.

"I can’t say anything other than he’s another example of what to do when you’re not in the team and he’ll reap his rewards."

Van de Beek has cut a frustrated figure this season and in September was spotted throwing his chewing gum in fury after being snubbed in favour of Fred.

His lack of action has seen him axed from Louis van Gaal's Holland squad ahead of the World Cup.

BETTING SPECIAL – GET RONALDO TO SCORE FIRST AT 16/1

Solskjaer claims he has a 'faultless' attitude and has been putting in the hard work on the training ground.

He added: "Our fans can see a top professional and a very good player.

"Donny is one that has never, ever let himself or team or family down by his attitude.

"His approach to the game and training is spot on. I can’t fault him and he knows that."

Van de Beek – who this month announced he is expecting his first child with Arsenal legend Dennis Bergkamp's daughter – could be drafted in to United's starting lineup for today's clash at Watford.

Under-fire Solskjaer may consider Tuesday's Champions League away trip to Villarreal more important than the game against the Hornets.

Fellow fringe players Jadon Sancho and Jesse Lingard could also be called upon.