Barnett, who weighed in at 19stone, was competing in only his second UFC bout, having lost his debut to Ben Rothwell in May. 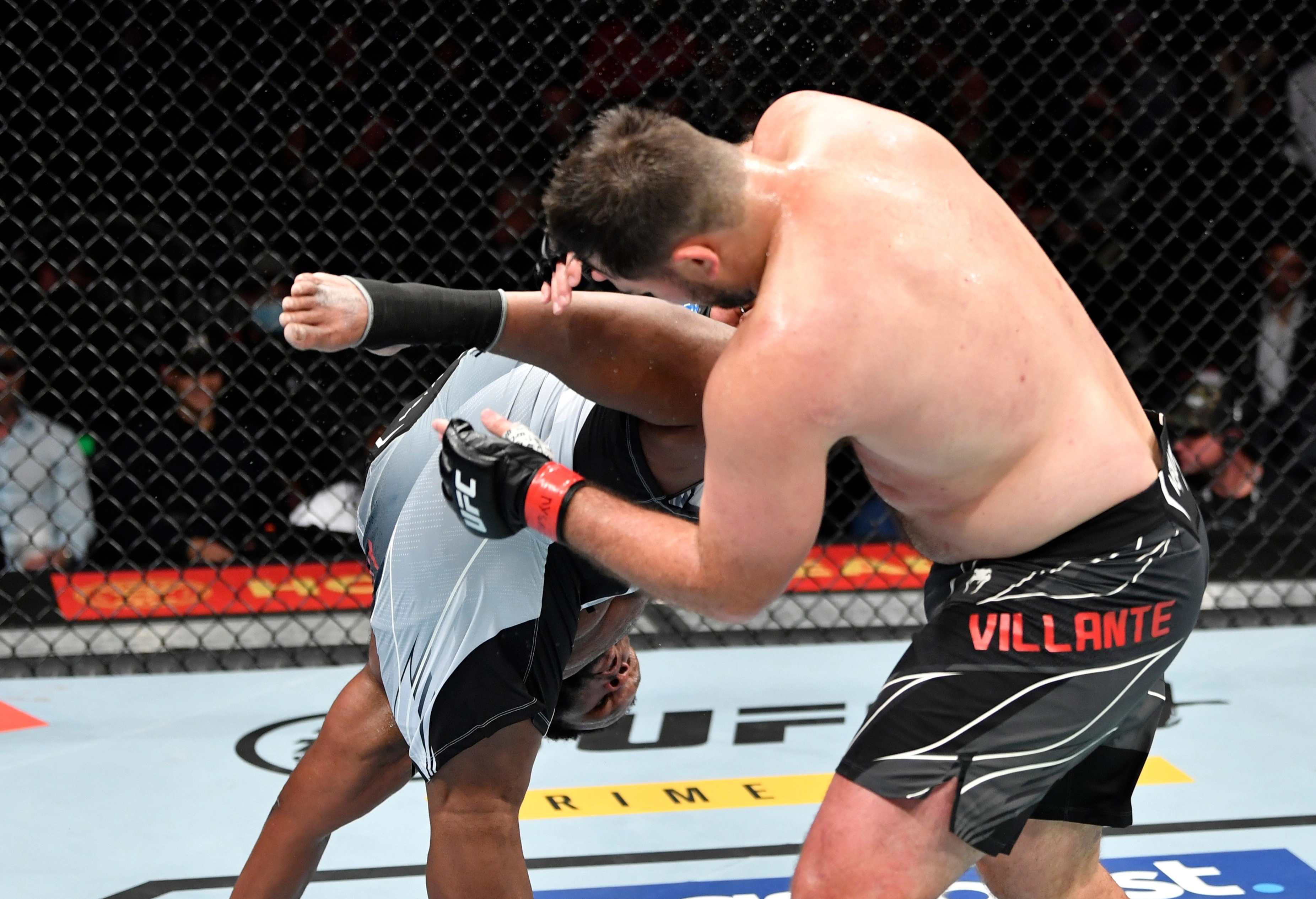 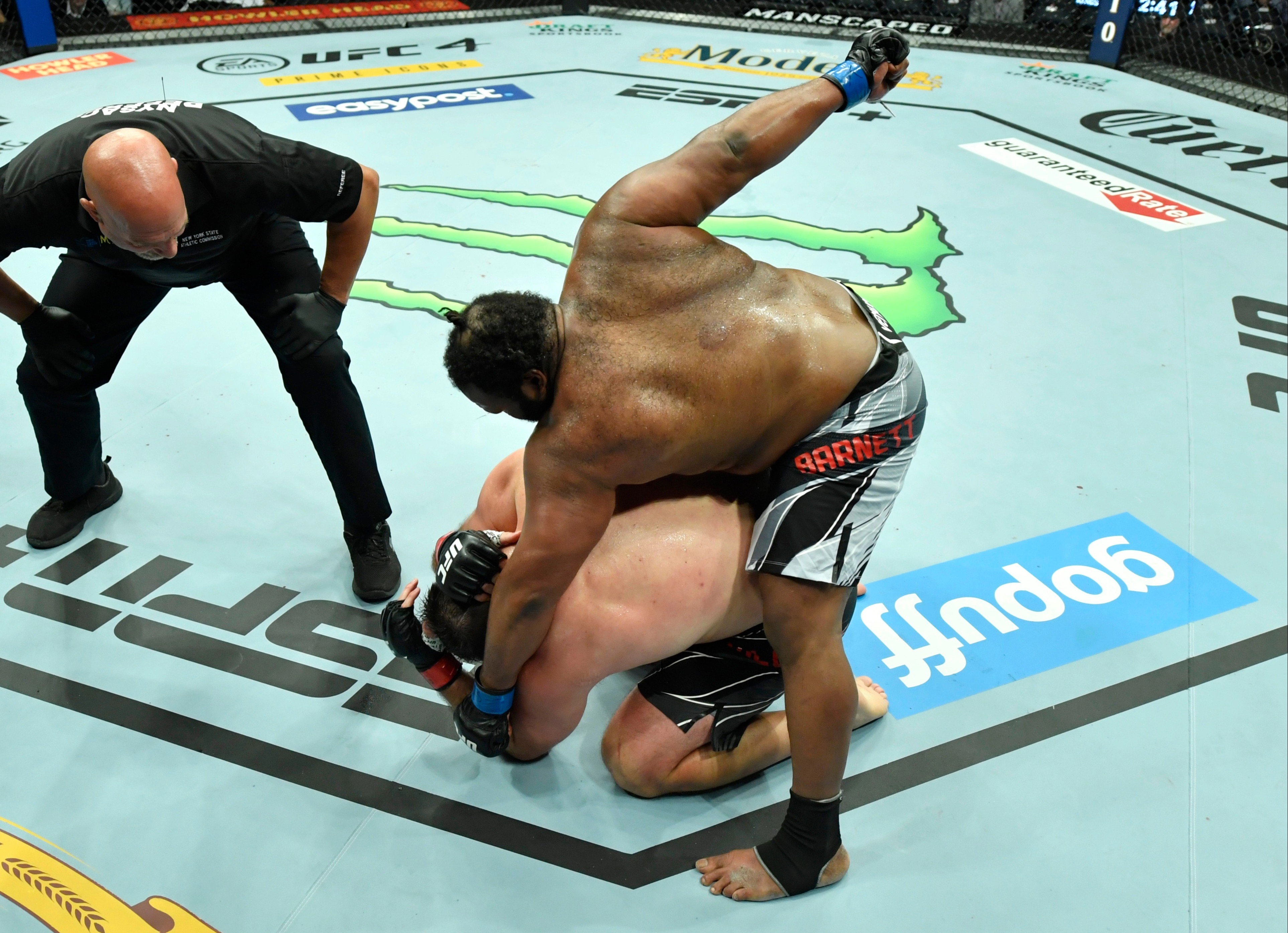 But he got back to winning ways in stunning style after a spinning back kick floored Villante, who has now suffered four losses in a row.

Barnett then followed up with relentless hooks with his opponent on the floor and literally punched his way to a stoppage victory in round two.

The veteran American, 35, then let his emotions run wild as he pulled off a front somersault and landed on his backside.

Barnett set up the finishing with the textbook back kick, but admitted he felt the affects soon after.

The fight was staged at the famous Madison Square Garden, with New Yorker Villante, 36, losing in front of a home crowd.

ButBarnett said: “I don’t want to take this moment right here. This is his town, this is his place. Cheer for my man.”

Villante's record widened to 17–14, and could be the final fight in his 12-year career.

He is a substitute teacher at a middle school in New York, where he also coaches the 8th grade football team and soon will become a wrestling coach.

A student of his posted on Instagram: "Good Luck Coach Villante!!! Mr. Villante is a former Salk & MacArthur legend!

"He is currently coaching the 8th Grade Football Team & will be coaching the MacArthur Wrestling Team next month.

"He is finishing up his Physical Education degree and is a substitute teacher at Salk when he is not taking classes.

"Good luck in your last UFC Fight on Saturday!!!"