FRANK SANCHEZ shocked the Tyson Fury vs Deontay Wilder crowd by punching Efe Ajagba when his knee was down.

The Cuban, 29, knocked Ajagba to the canvas but delivered an extra blow to ensure he left his opponent needing to beat the count. 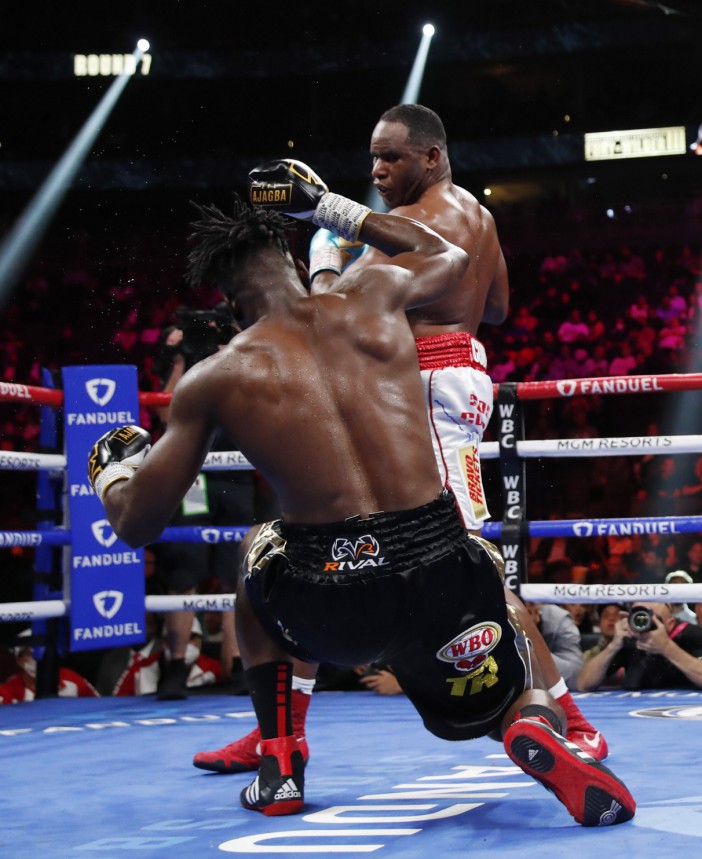 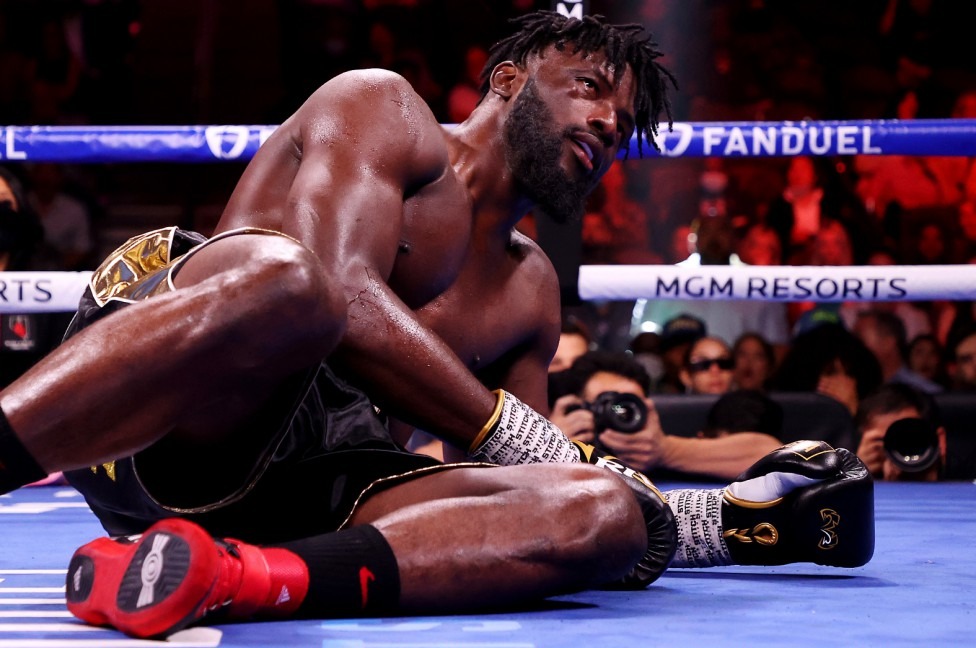 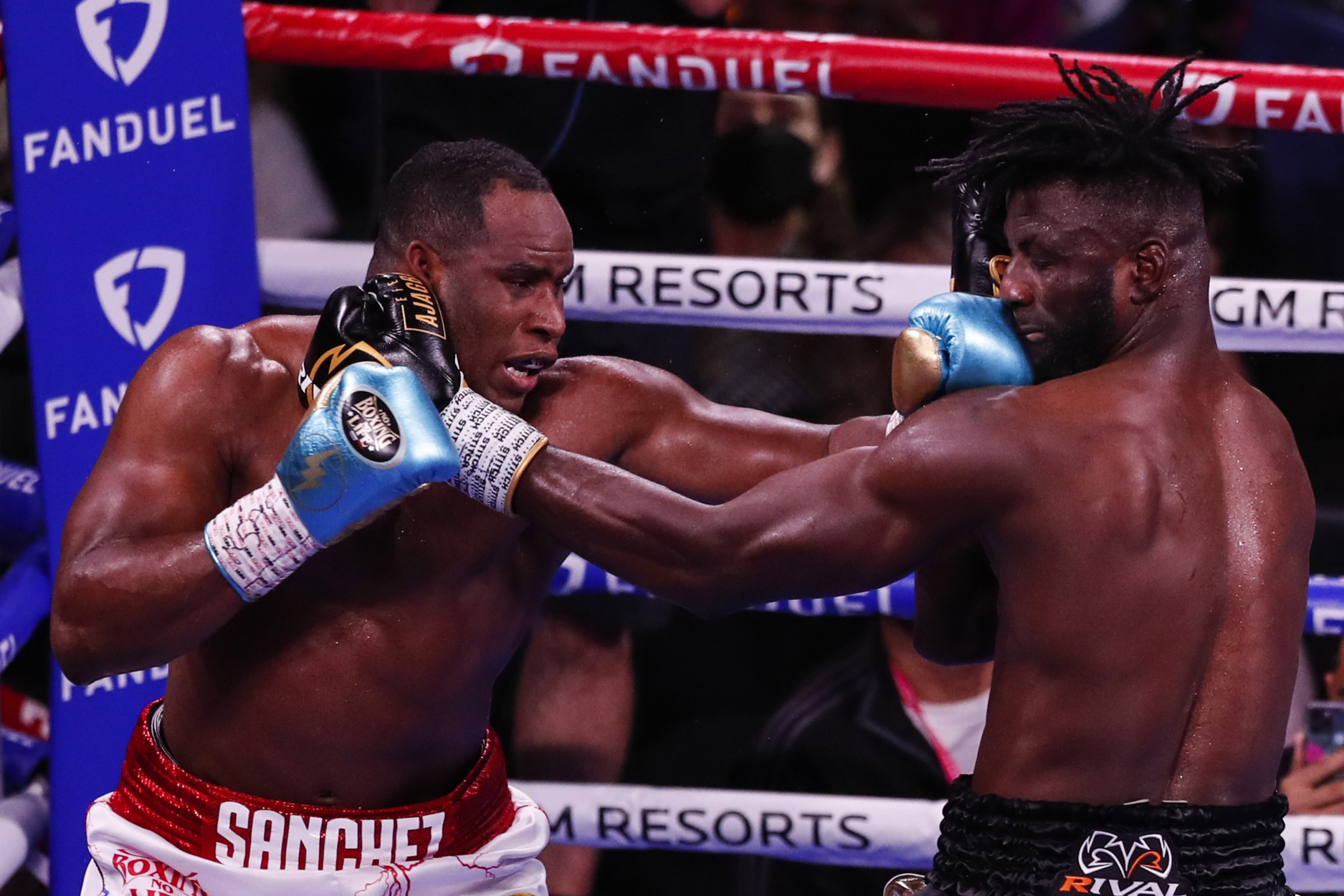 Ajagba managed that and fought valiantly but it was Sanchez who won via unanimous decision.

The 10-8 he scored in round seven after flooring Ajagba helped Sanchez secure victory, but BT Sport Box Office commentators felt he could have incurred a penalty for his late punch.

The referee decided otherwise as Ajagba's gloves had not touched the canvas.

But it made for uncomfortable viewing, especially when replays showed the punch for a second time.

Fans in the T-Mobile Arena could be heard audibly wincing in reaction to the Cuban's actions.

But other than that questionable moment it was a strong showing from Sanchez, who remains undefeated in 19 fights.

For 27-year-old Nigerian Ajagba it is back to the drawing board after losing his first professional bout.

Ajagba looked dejected in the final few rounds too, as his corner turned on him.

Spectators will hope for more drama in the main event when Fury and Wilder step into the ring.

Fury has promised excitement to his fans and will be looking for the knock-out he failed to land in his previous encounter with the American. 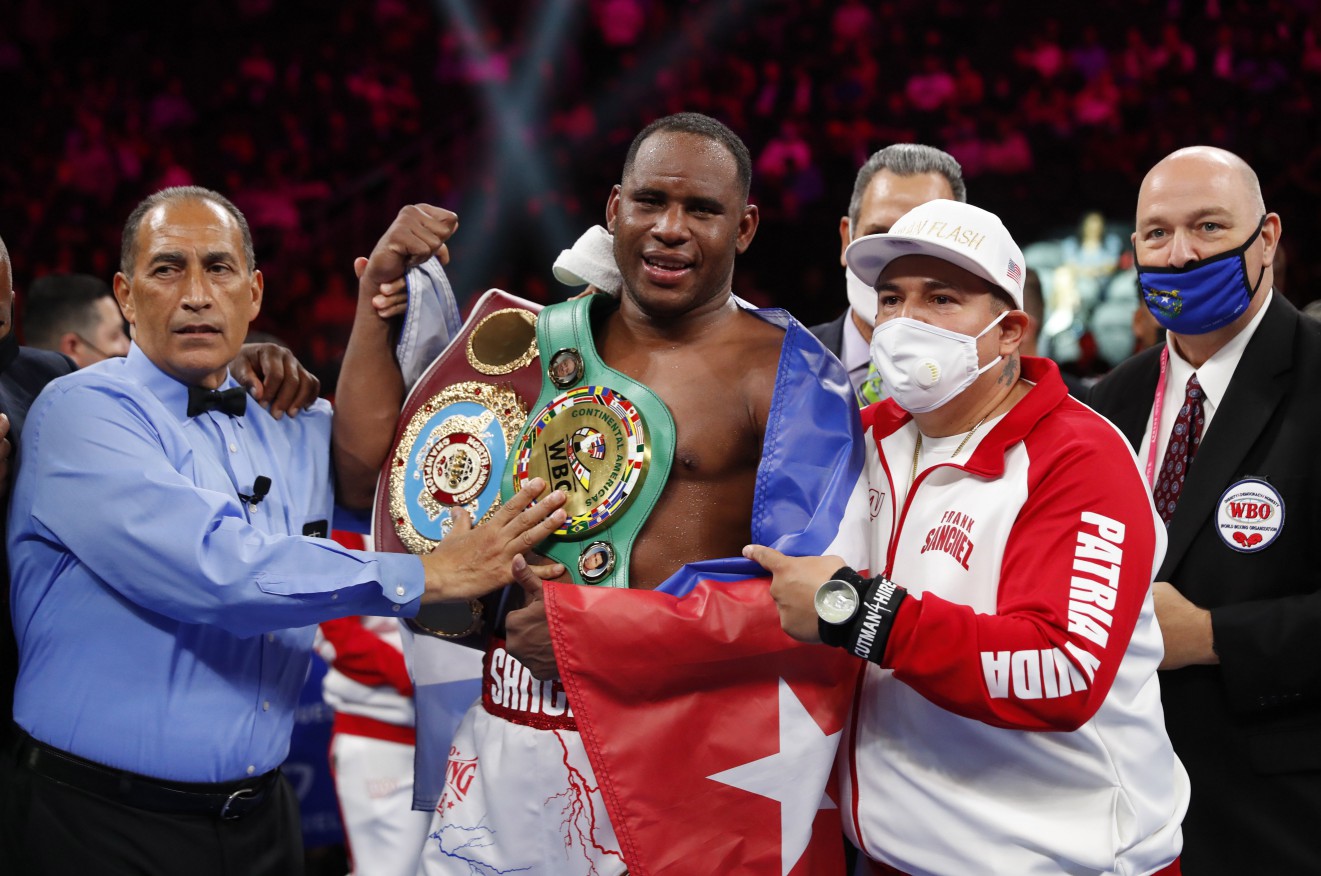