INTER MILAN midfielder Arturo Vidal has gone viral after a video appeared online of him enjoying a night out.

Despite the clip being taken in August, the 34-year-old's antics has taken social media by storm with the player seen rolling around on the back of his Ferrari. 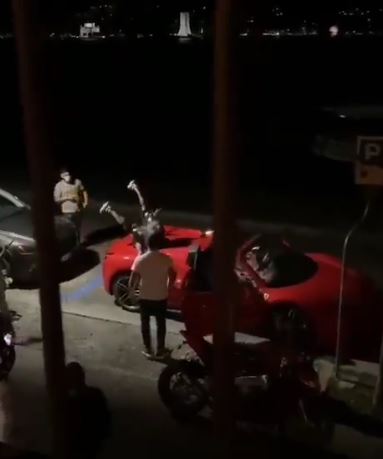 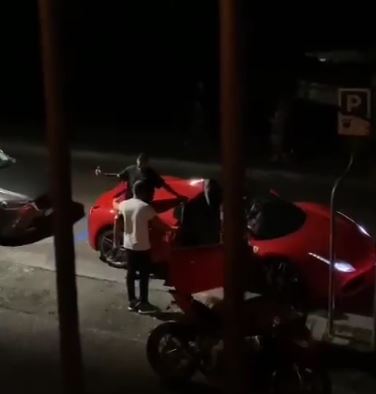 According to Gazzetta dello Sport, the incident happened on August 18 – three days before Inter's opening Serie A match of the season against Genoa.

Vidal started on the bench for the clash at the San Siro, though he did come on in the second half where he chipped in with a goal and an assist.

In the video, the Chile international posed for pictures with fans before attempting to get in the passenger seat of his supercar.

But much to the amusement of the women filming him on a balcony onto the street below, Vidal had difficulty manoeuvring himself into position.

He was caught on cameras rolling around on the back of the Ferrari with both of his legs in the air as he almost fell off.

Vidal then got himself back upright, before then getting into the passenger seat facing the wrong way.

The women were left in hysterics, as they said: "He can’t even stand up."

Gazzetta revealed that Inter were aware of the video and already discussed it with the player in August.

Commenting on the clip, one fan tweeted: "Three days later he scored and assisted playing the best game since he has been at Inter."

Another messaged: "For me he can drink in all the bars in Milan and Lombardy, I am interested in what he does on the pitch."

A third added: "This is proof that all wages of professional football players should be reduced by 90 per cent."