After having one ruled out for offside already, the Argentine legend grabbed his first on the stroke of half-time, cutting in from the right channel on to his left foot. 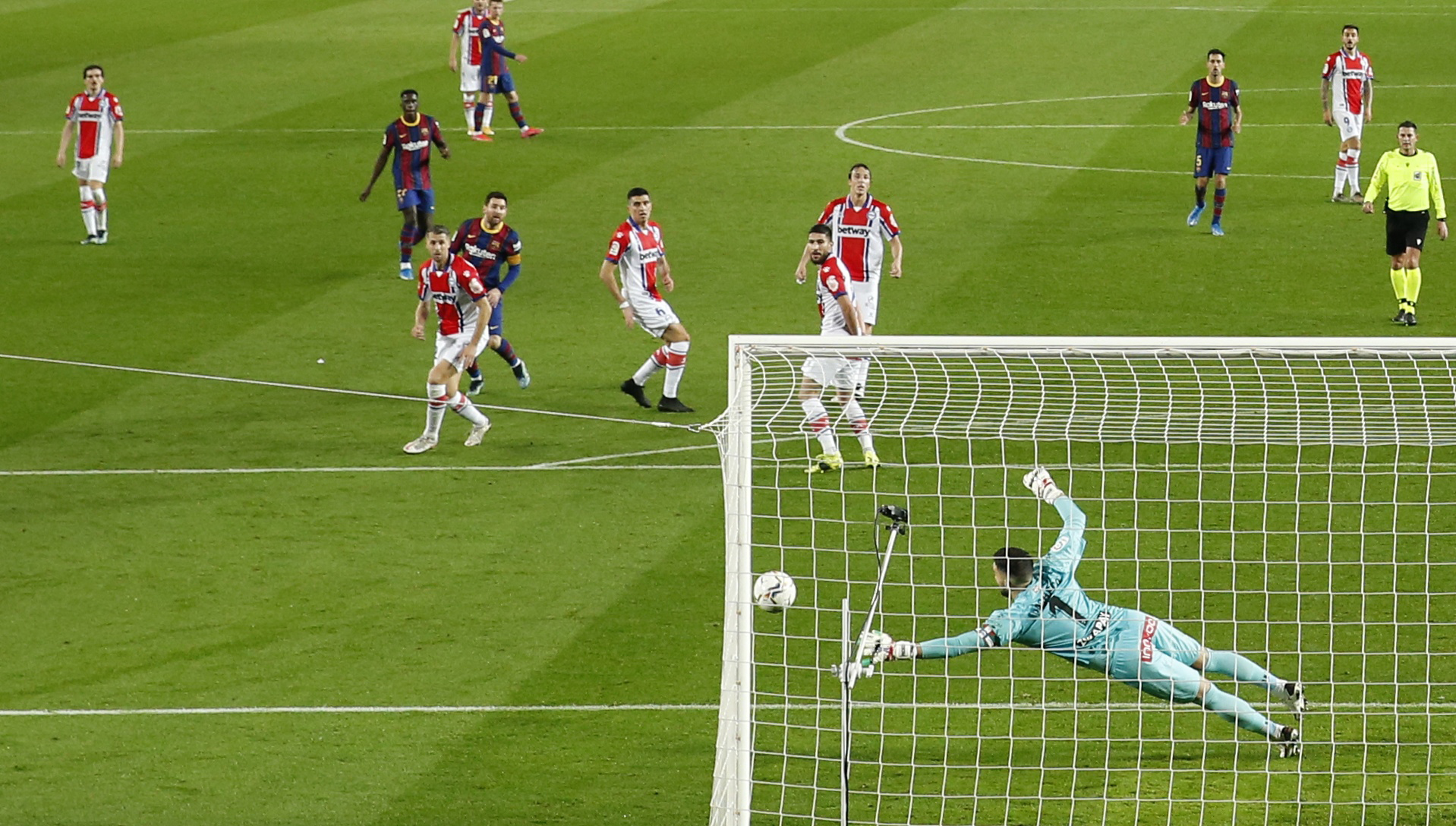 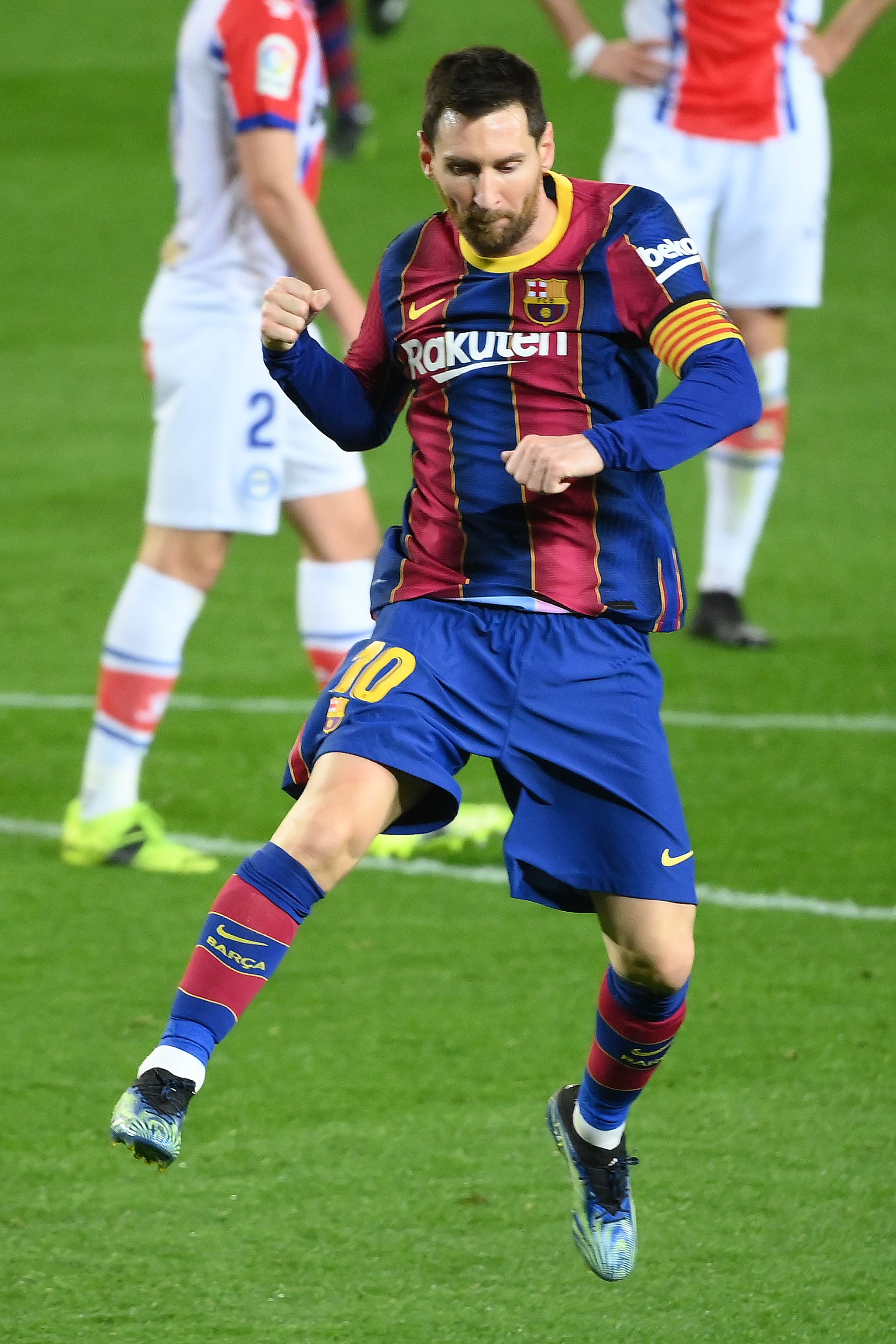 And his lethal low strike gave the Alaves goalkeeper Fernando Pacheco no chance, nestling in off the inside of the post.

Messi was back at it again with 15 minutes to go.

Just seconds after Francisco Trincao had scored his second on his first full league debut to make it 3-0 at the Nou Camp, he dribbled directly at the Alaves defence in trademark fashion.

Again he knocked the ball on to his left foot but this time his 25-yard beauty flew into the top-left corner – leaving fans and team-mates in awe once more.

It took his remarkable record against the relegation-threatened side to 13 goals in 12 appearances during his career.

And he did it on the night he equalled Xavi's Barcelona LaLiga appearance record.

The midfield maestro appeared 505 times for the Catalan giants in the Spanish top flight.

BET OF THE DAY: GET THE BEST FOOTBALL PRICES ON THE MARKET WITH OUR EXPERT ADVICE

And the footballing magician joined him at the top of the tree – and is expected to break the record at home to Cadiz next weekend.

Messi had a hand in the final goal of the thumping, too, scooping the ball over for Antoine Griezmann who set up Junior Firpo at the back post.

The six-time Ballon d'Or winner has eight goals in his last five league appearances, while Barca are unbeaten in 12 games – picking up seven LaLiga wins on the bounce.

He also scored in a fifth consecutive league game for the first time since April 2019.

Despite leapfrogging Real Madrid into second before Los Blancos' game on Sunday, Ronald Koeman's side remain eight points behind leaders Atletico, who have a game in hand. 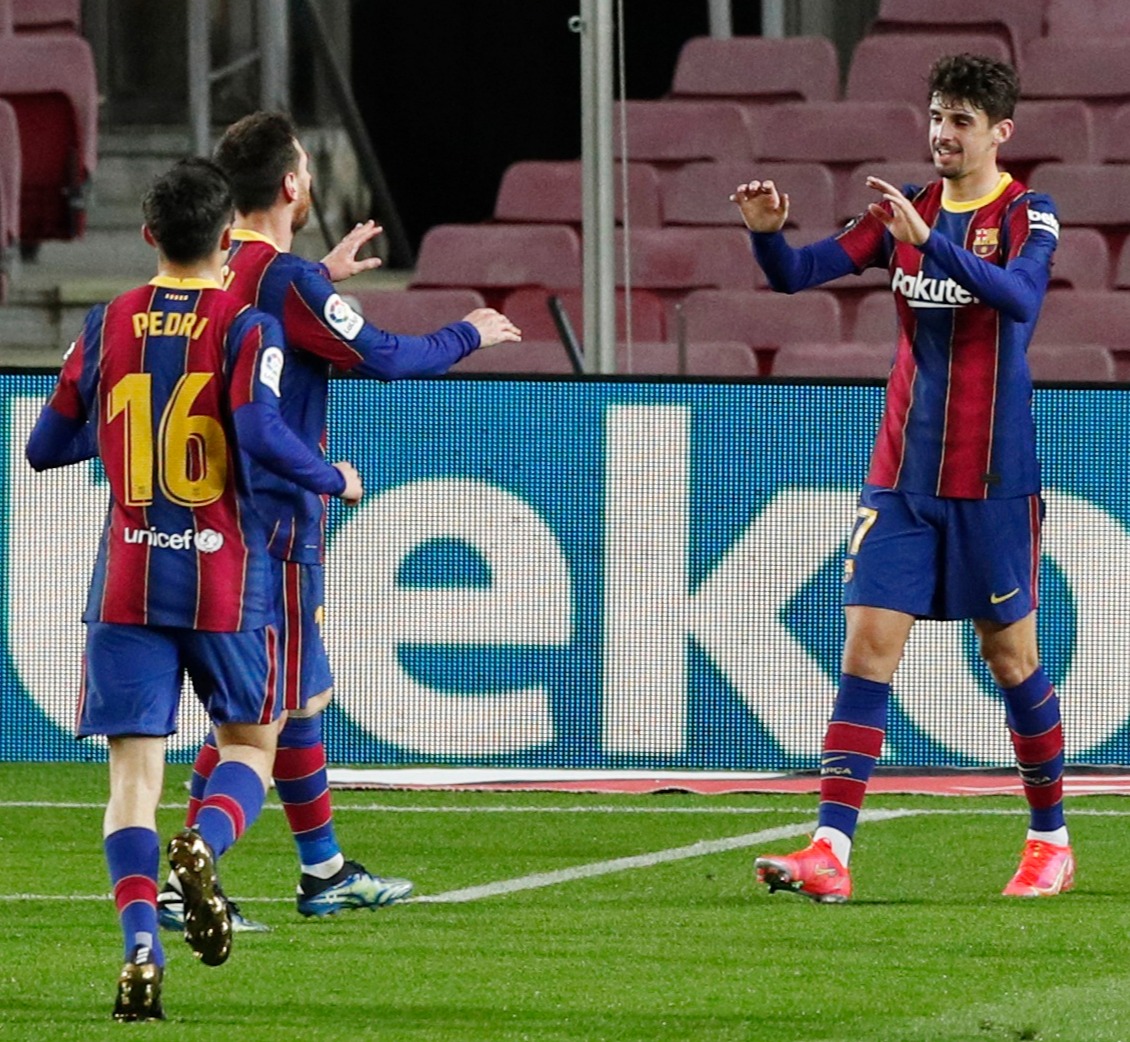