TAHITH CHONG put Manchester United 1-0 up in their pre-season friendly at Derby but Rams keeper Kelle Roos was convinced it was handball.

The midfielder broke into the box down the right before dinking it over the stopper and sweeping home in controversial fashion. 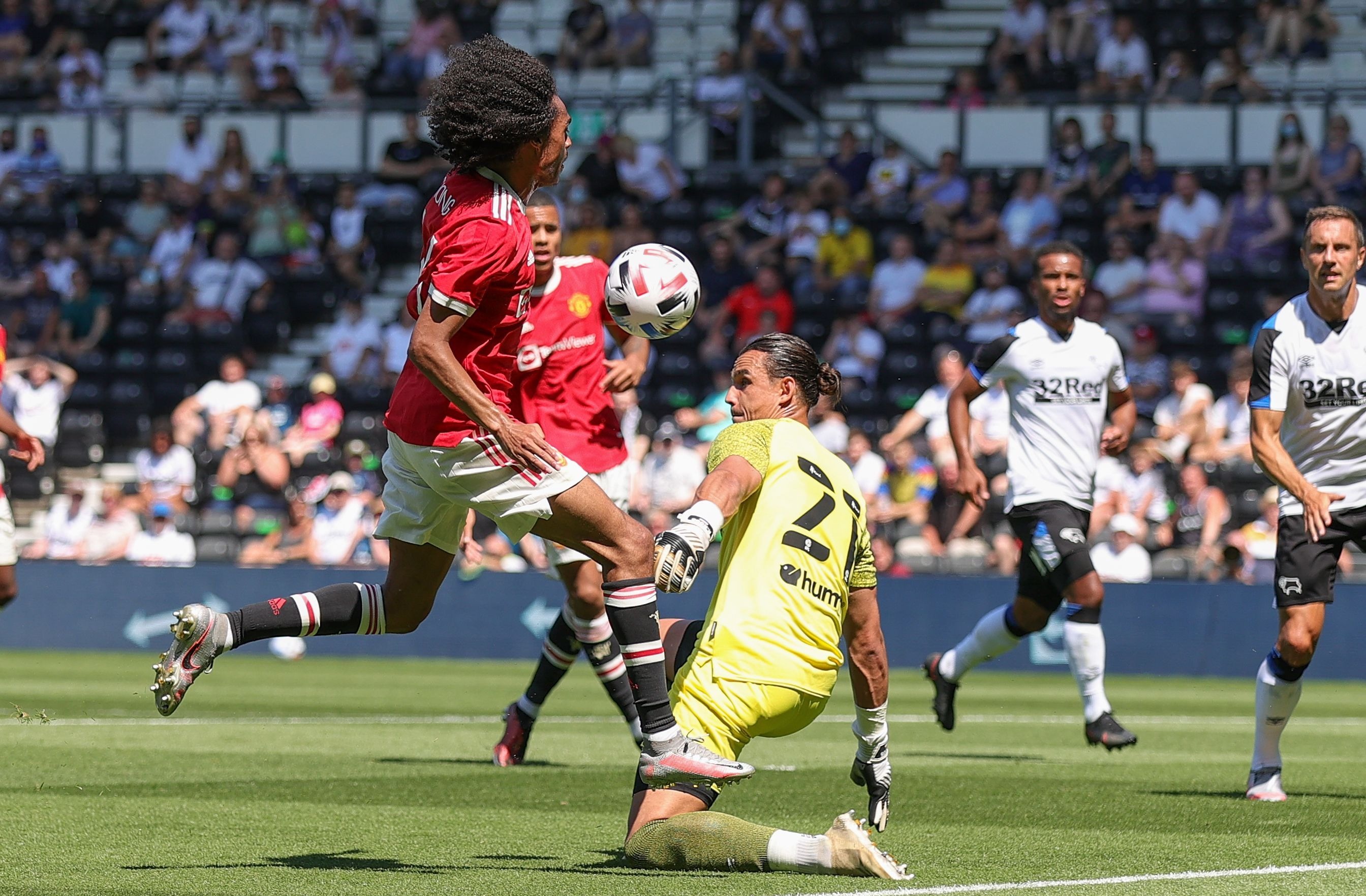 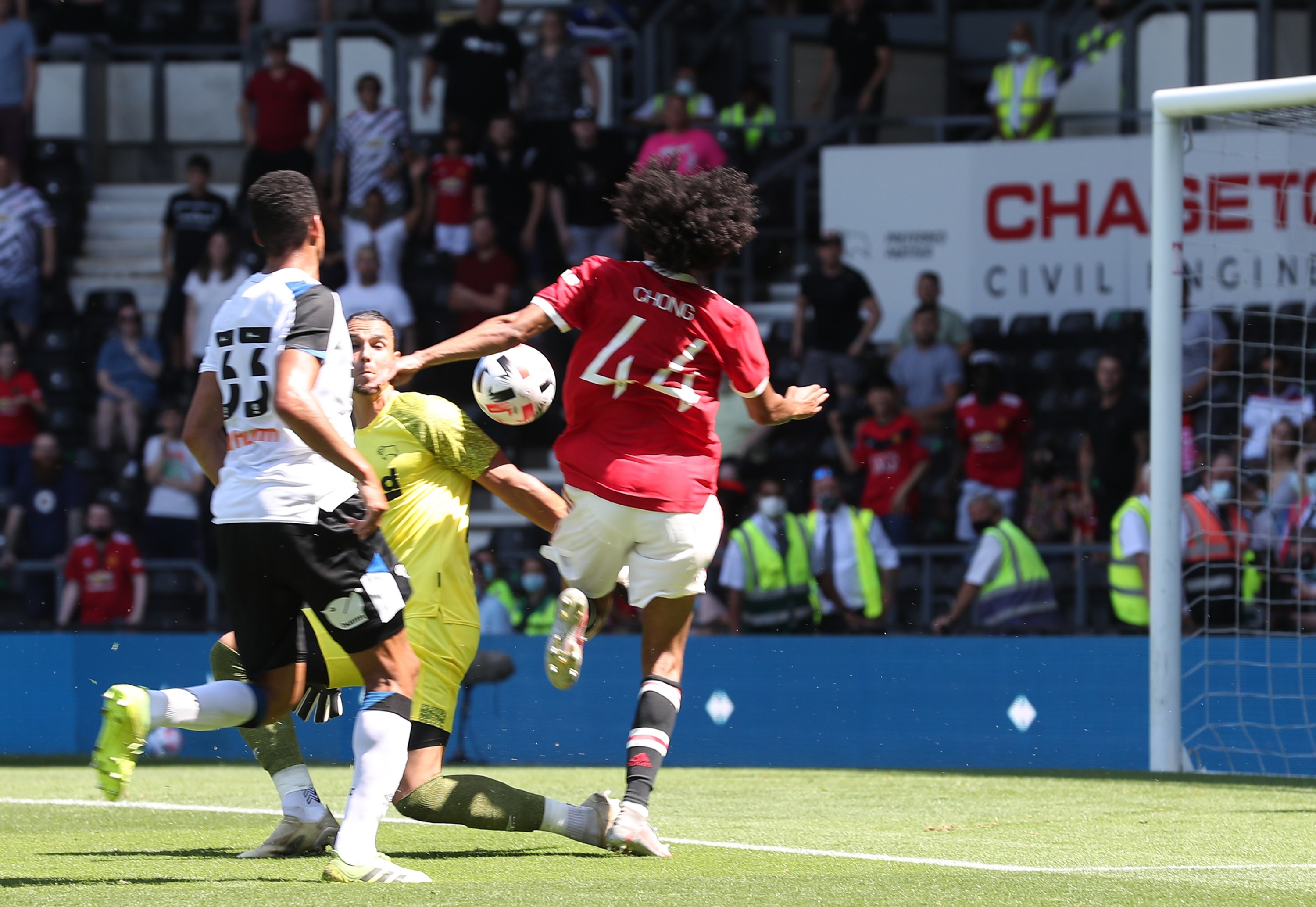 It appeared to hit his arm – in footage shared by United – before falling back into his path but the referee was having none of it.

The camera angle makes it hard to tell whether it was a clear cut handball but pictures from alternate angles seems to suggest it was.

Chong, 21, swept the ball home from close range after 18 minutes.

But Derby's players immediately turned to the ref and appealed for it to be ruled out.

Chong ignored the appeals and celebrated with his team-mates and the goal stood.

Opinion was split online about whether the goal should have been given.

"A handball in the build-up but from the refs position it looked like it came off the chest."

Paul added: "Thought that was handball there myself but good persistence from Chong."

Mikey said: "Shades of me at 5-a-side with that handball from Chong."

Things went from bad to worse for the Rams just a minute before the hour mark when Facundo Pellistri made it 2-0.

But despite their side going two-up, it was not all sweetness and light for United fans.

Several were raging online as their MUTV streams crashed during the friendly against Wayne Rooney's side.

Subscribers tuned in to the match to get a look at how Ole Gunnar Solskjaer's side are shaping up for the new season.

One wrote on Twitter: "MUTV already down. Don’t know why I try with this football club."

While another fumed: "You lot at #MUTV need to get a grip. What's the point of paying to watch a game when you can't watch the game?"

A third added: "MUTV not even working. Daylight robbery."

Another asked: "@ManUtd are you gonna be refunding for my subscription to MUTV that has gone down during the game?"