A CHICAGO White Sox employee had the honour of throwing out the ceremonial first pitch – but her dream soon turned into a nightmare.

Having just been named as the MLB side's employee of the month, the woman stepped out onto the field at Guaranteed Rate Field prior to the clash against Kansas City Royals. 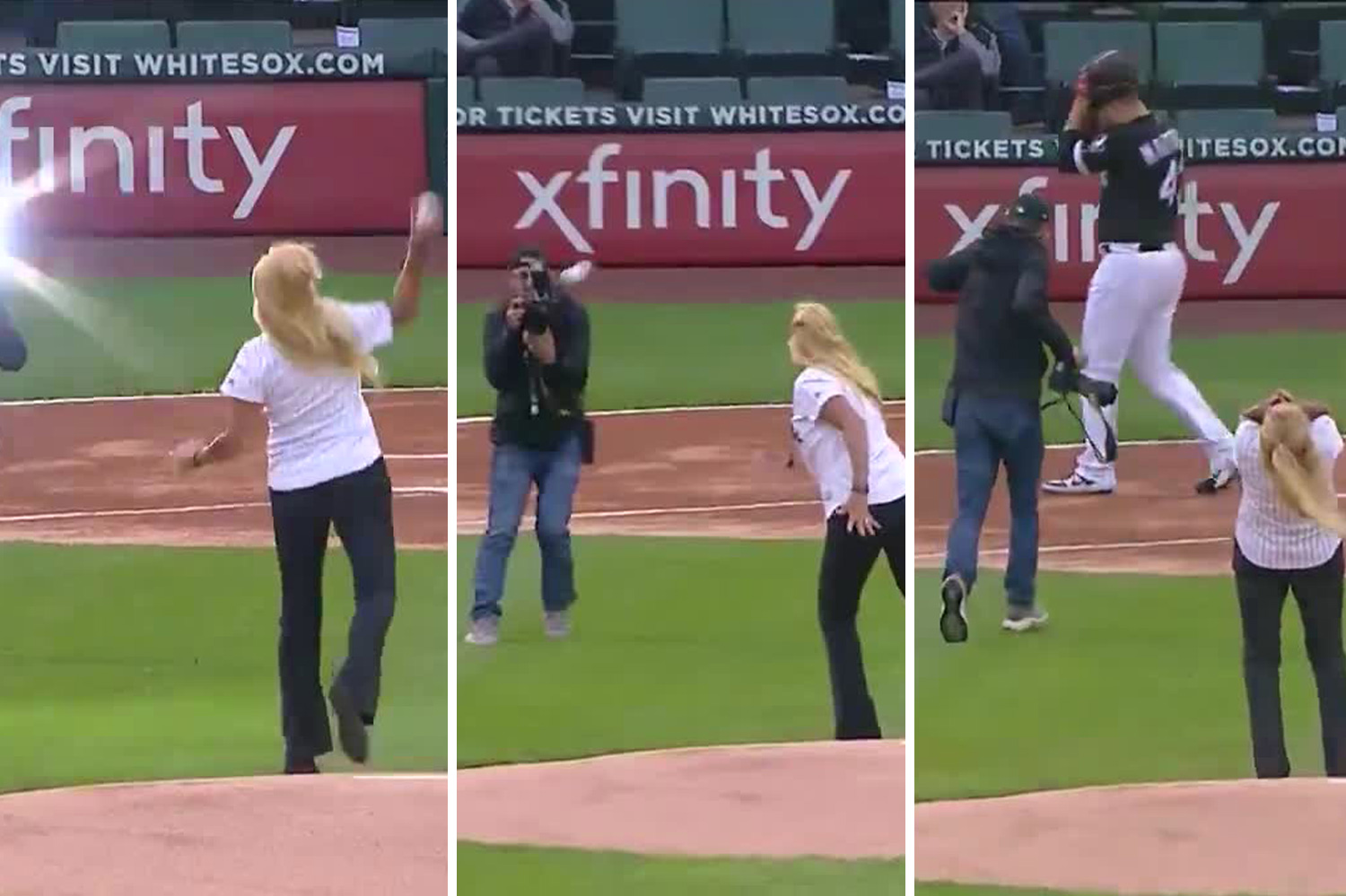 The rookie right-hander intended to throw the ball at White Sox pitcher Evan Marshall, but the pressure of performing in front of thousand of fans got the better of her.

Instead of throwing the ball straight at the plate, she somehow threw the ball wildly to her left which ended up smacking into a photographer's lens.

She immediately put her hands to her head in disbelief at what just happened as the snapper raced away in shock at just being hit.

Marshall was left equally as stunned, as he walked away with an open mouth, before racing over to put his arm around the woman.

The ceremonial pitch will go down as one of the worst in history – rivalling 50 Cent's epic attempt five years ago.

Photographer Darren Georgia told NBC Sports Chicago that he and his camera were both fine after the harrowing incident.

The pitcher's daughter then took to social media where she uploaded a picture of the scuffed ball.

Fans were left in hysterics by the woman's effort, as one tweeted: "When you've gone you're entire life without throwing any sort of object ever."

While another said: "She doesn't even go and apologise to the photographer…"

One added: "As a photographer i would have expected an apology at the very least."

Another posted: "You'd think she would have practiced at least a couple throws before this."