THOMAS PARTEY took out an Arsenal coach with a two-footed lunge in training, much to the amusement of skipper Pierre-Emerick Aubameyang.

The Gunners are preparing for tomorrow's final day clash with Brighton, as they aim to finish above Spurs and sneak into Europe. 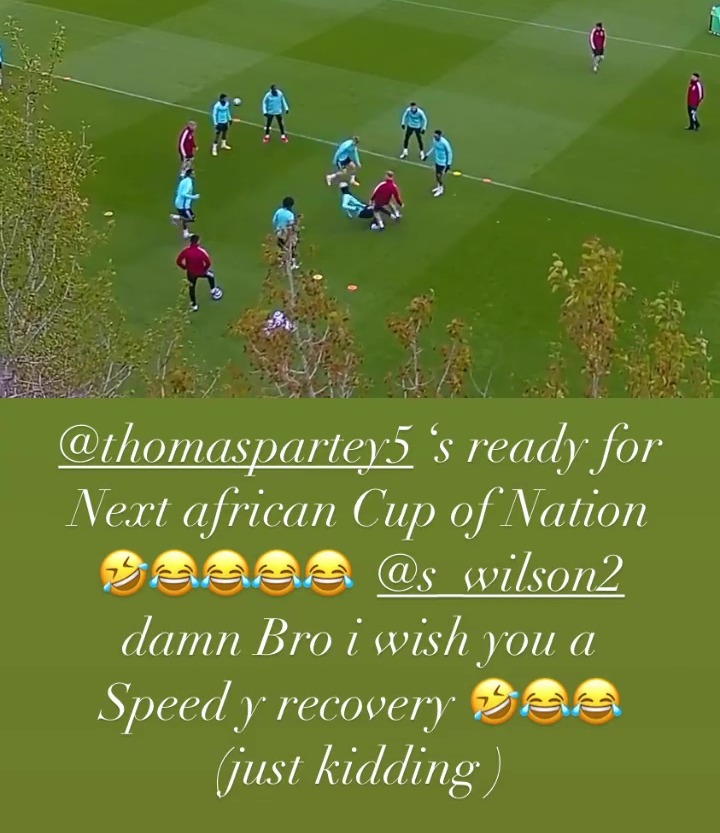 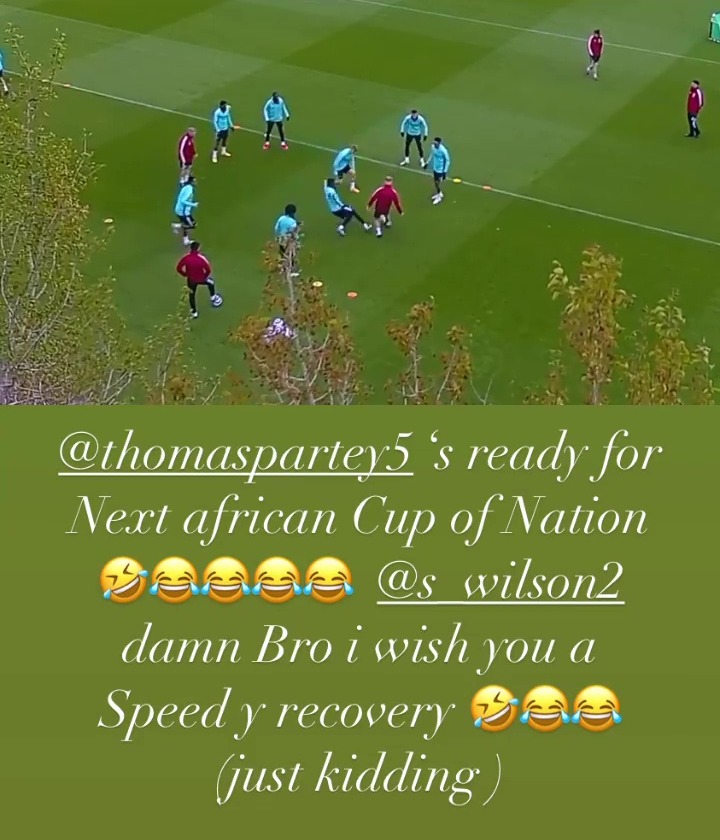 Partey, 27, has had a slightly underwhelming first season in North London, since moving from Atletico Madrid for £45million.

But the Ghanaian is clearly in no mood to down tools early, if his full-blooded tackle in training is anything to go by.

Arsenal strength and conditioning coach Sam Wilson joined in with the first-team stars in a rondo drill.

And he may wish he hadn't, after being taken out by Partey.

As the ball fell to the feet of Wilson, the midfielder came flying in, taking no prisoners and knocking the coach over.

Aubameyang, 31, found the incident hilarious, posting a video of the tackle to Instagram with the caption: "@ThomasPartey5's ready for the next African Cup of Nations – @s_wilson92 damn bro I wish you a speedy recovery (just kidding)."

Wilson appeared to escape without injury, and can be seen just beginning to rise to his feet at the end of the clip.

Boss Mikel Arteta will hope for that sort of commitment tomorrow, when his side face Brighton at Emirates Stadium. 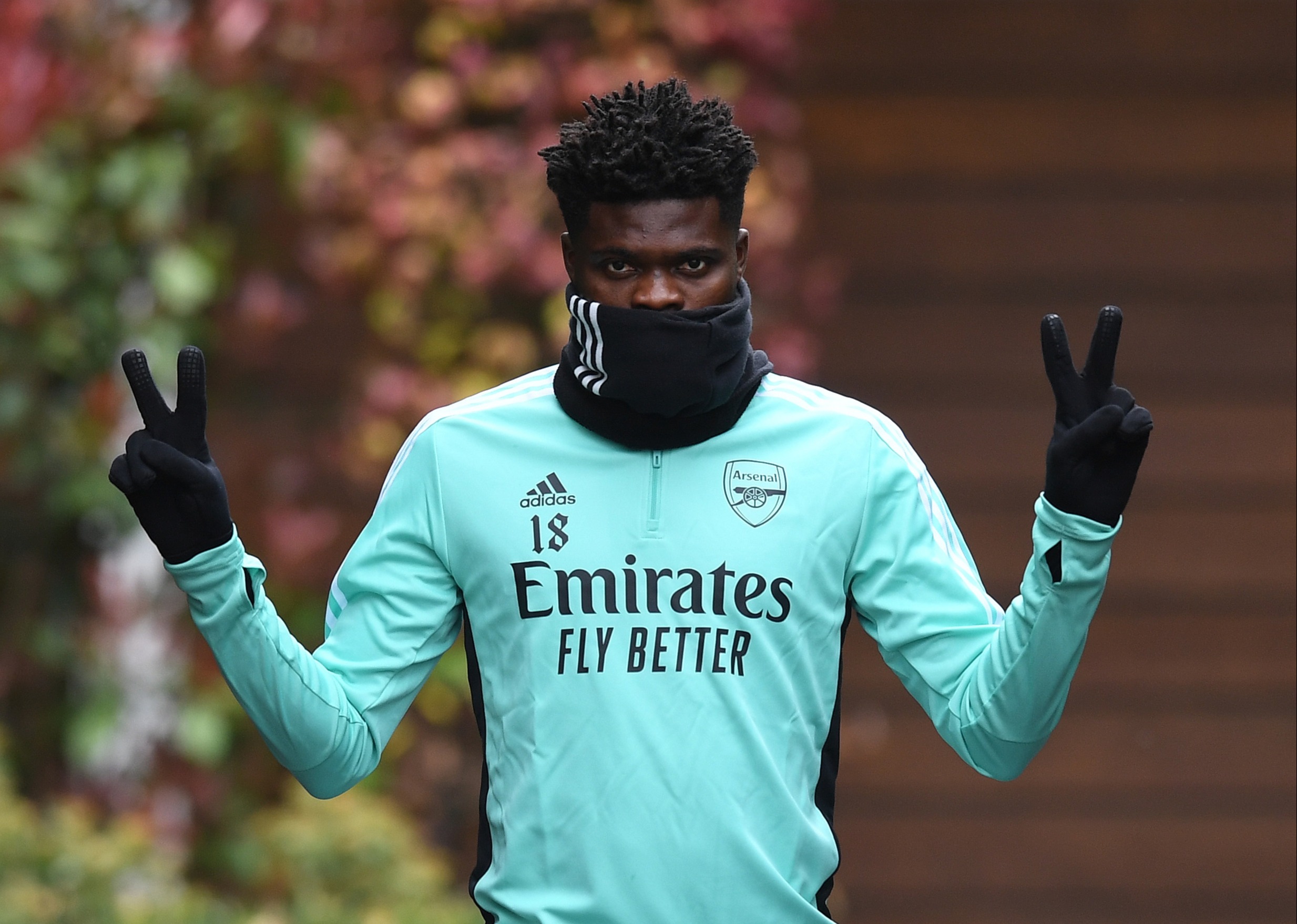 In a European race full of various permutations, the Gunners know their task is a simple one – win and hope for favours from elsewhere.

A place in Europe had seemed unthinkable mere weeks ago, but if Spurs fail to win at Leicester and Everton fail to triumph at Manchester City, Arsenal will rise to seventh with a win.

This would see Arteta and Co compete in the inaugural Europa Conference League next term.

As for Partey, perhaps he was merely channelling his inner Kolo Toure as he made the hard tackle on Wilson.

A stalwart of the Invincibles, Toure famously took out boss Arsene Wenger with a sliding tackle during his early days in North London.

He recently told FourFourTwo of the mishap: "I think that slide-tackle changed my career.

All the players were laughing and I was in shock! I thought they were going to get rid of me there and then

"All the players were laughing and I was in shock! I thought they were going to get rid of me there and then.

"But Arsene is an intelligent guy: he only saw a young African boy who was keen to impress him, and gave me that opportunity to express myself and show what I was capable of doing." 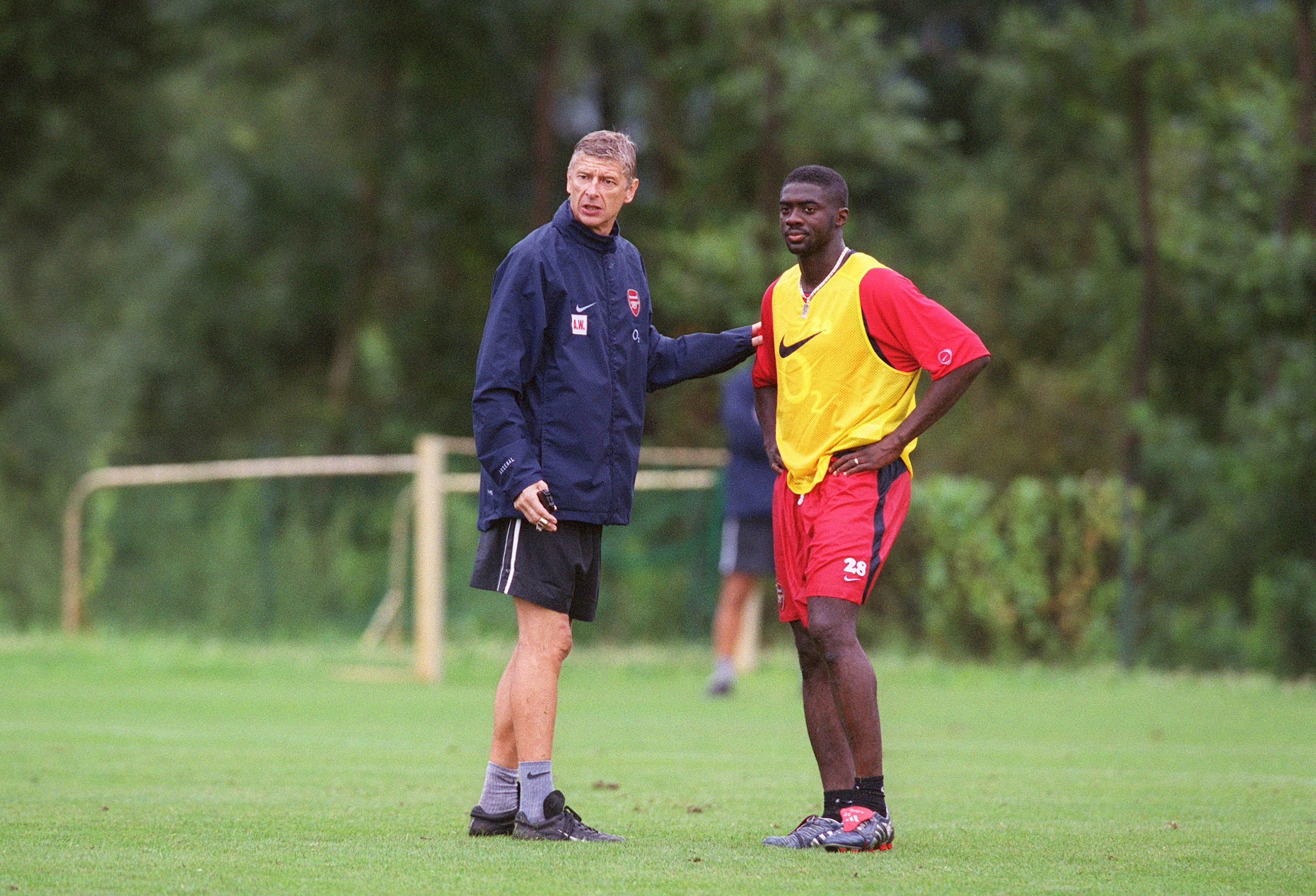