PARIS FURY has showed off her boxing skills as husband Tyson shared footage of his partner working up a sweat on a punch bag.

The 30-year-old – who recently joined the Loose Women panel – wore UFC gloves as she pummelled away at the heavy bag. 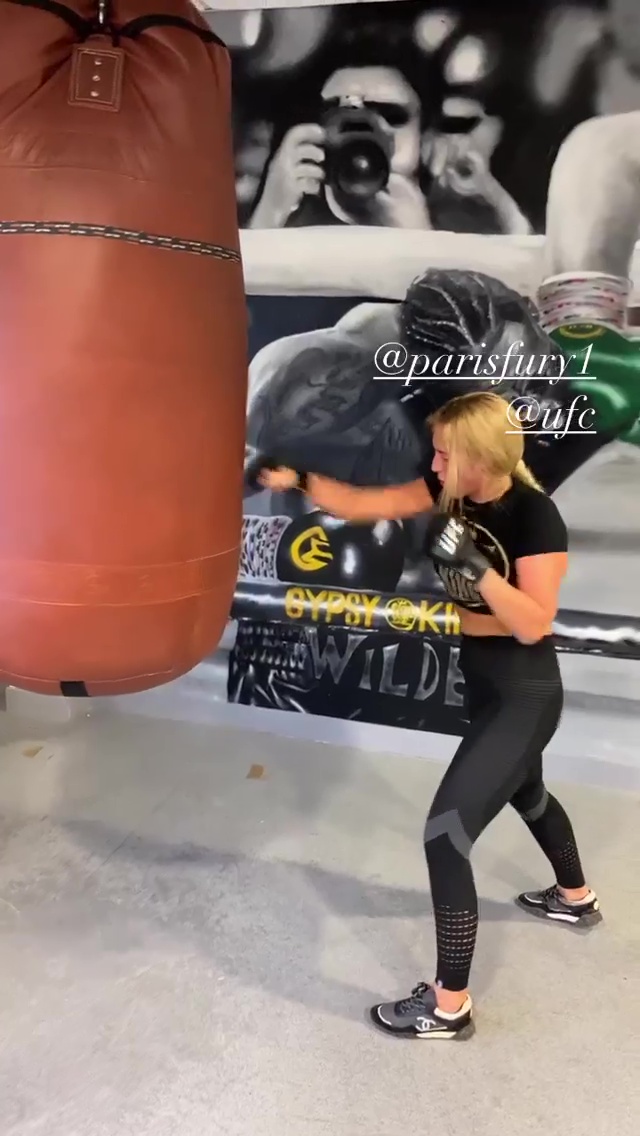 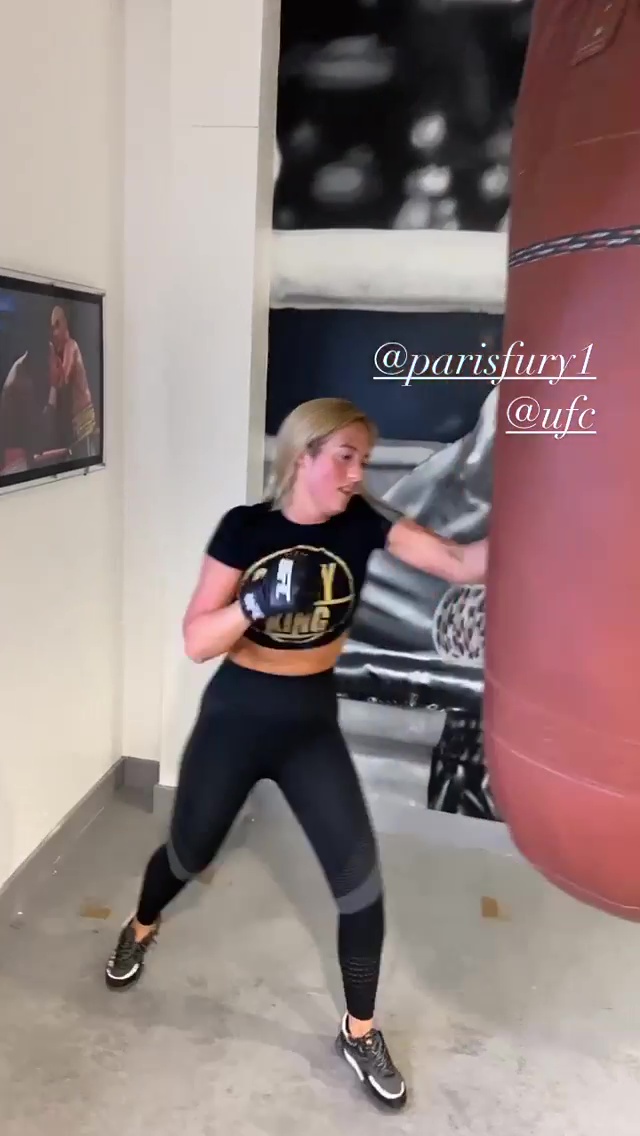 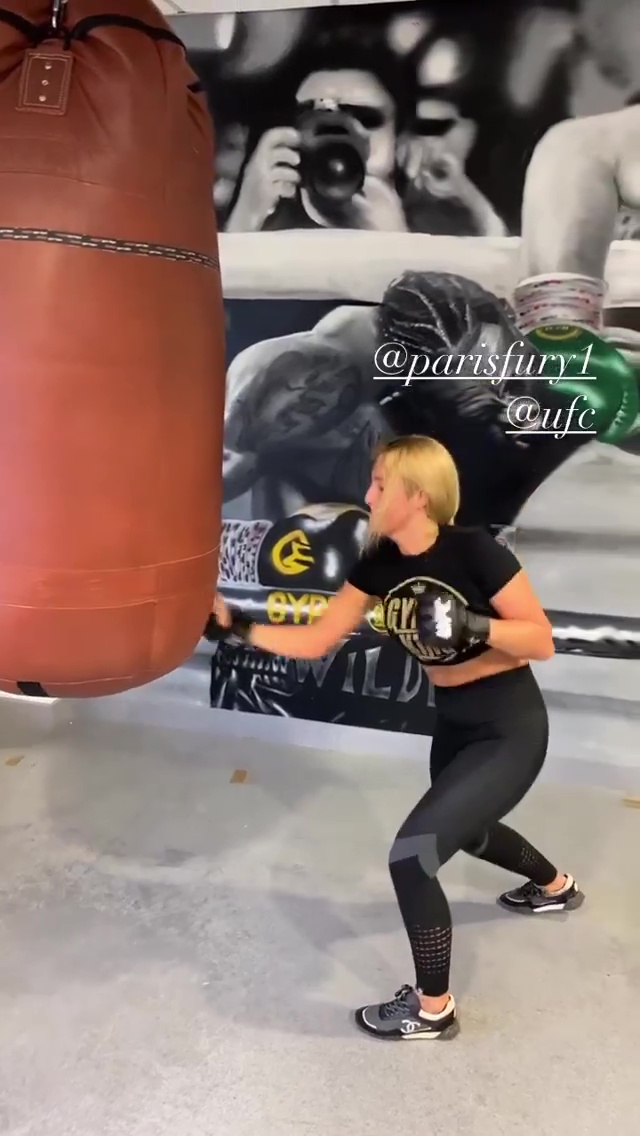 Uploading the clip on his Instagram story to his 3.8 million followers, Tyson could be heard cheering on his wife as Paris relentlessly punched away.

Along with Tyson, Paris was put through her paces by the Gypsy King's strength and conditioning coach Kristian Blacklock.

Fury then uploaded a clip of the trio following their workout, where he said: "Another session done.

Paris and Tyson worked out together regularly during the first lockdown earlier this year, where the mother-of-five kept up with her husband's gruelling 700 ab reps.

Tyson later claimed that Paris could outwork his boxing rivals as he lauded her fitness during their sessions.

He said: "She is fitter than me, outdoing me now, I have created a monster.” 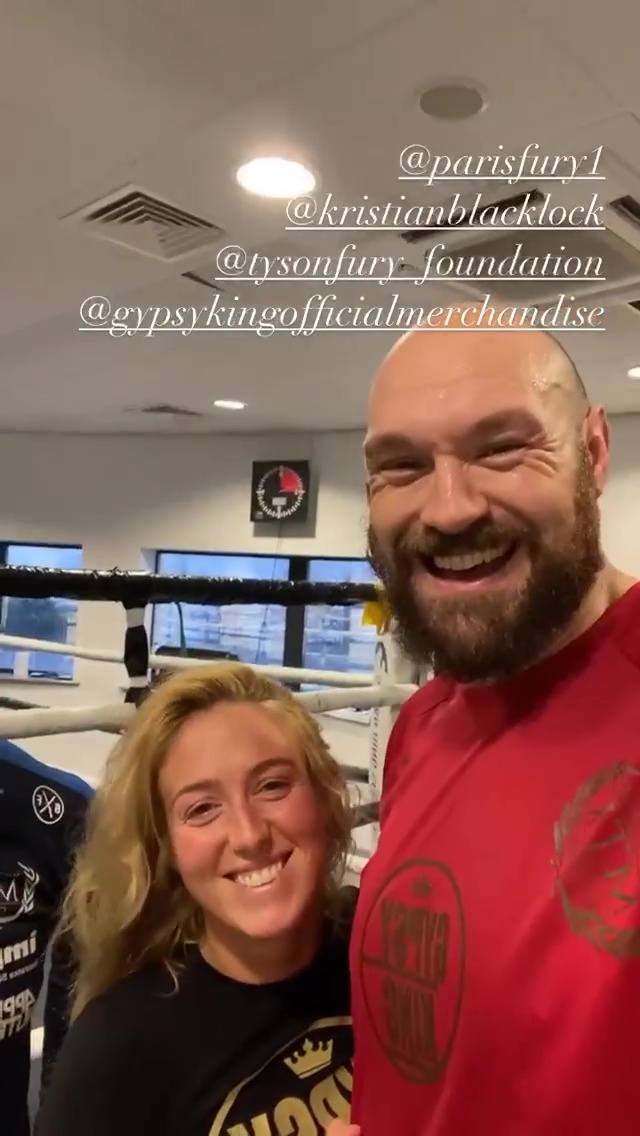 "She's fit as a fiddle, you got fit Paris I tell you that! In six-seven weeks you got amazingly fit."

Fury – who still has no opponent announced for his next fight – showered Paris with gifts last weekend after celebrating 12 years of marriage.

The 32-year-old treated his other half to Thornton's chocolates and some flowers, alongside a pair of £890 J'Adior Slingback Pumps and some Christian Dior Dway Slides, which retail for £550.

END_OF_DOCUMENT_TOKEN_TO_BE_REPLACED

END_OF_DOCUMENT_TOKEN_TO_BE_REPLACED
Recent Posts
We and our partners use cookies on this site to improve our service, perform analytics, personalize advertising, measure advertising performance, and remember website preferences.Ok