BRITISH WWE star Paige has called in cops after someone allegedly attempted to sell the address of her and boyfriend Ronnie Radke.

The Norwich-born beauty, who have bravely talked openly about her mental health battles in the past, took to Twitter to reveal the scary scenario. 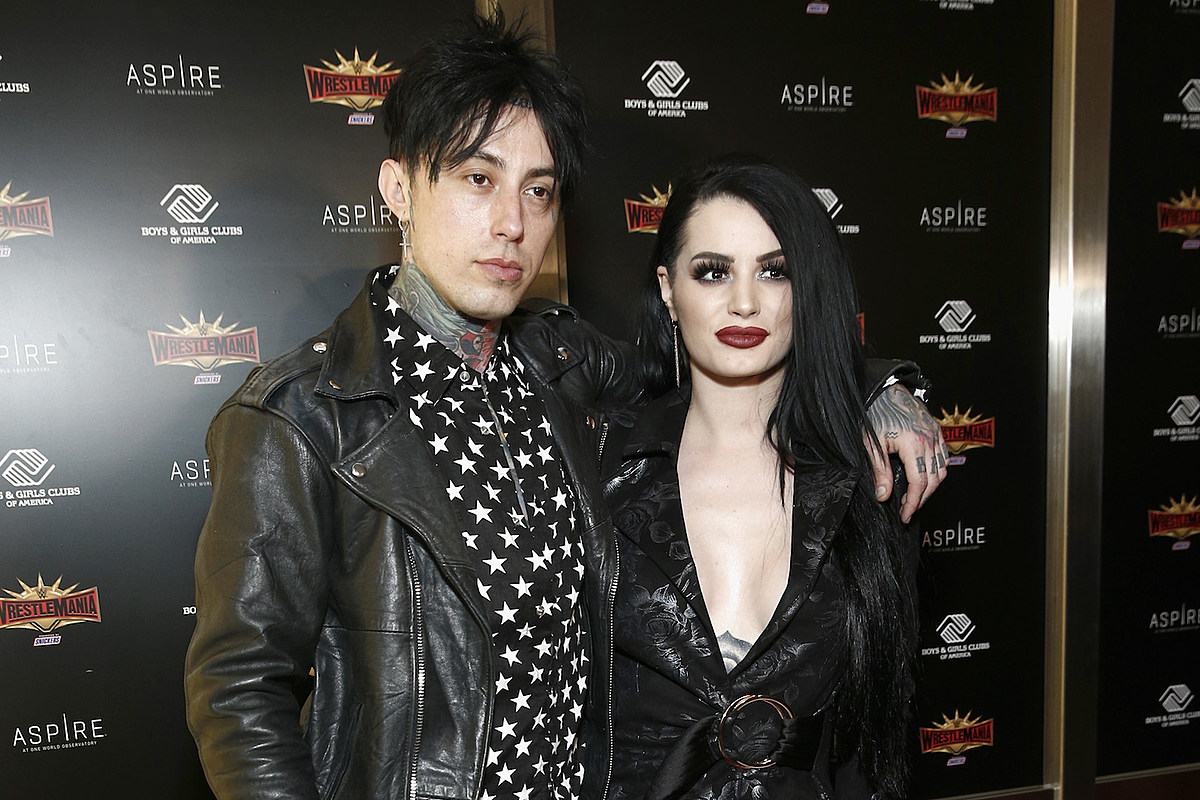 Including a screenshot of the alleged person trying to sell her details of their home’s location, she captioned it with: “You realize how disgusting this is? You literally tried to get money for our address!! You’re a terrible person.

“The cops are involved.

"A report was put in your name. Numerous people came forward about you w/ DMs. You changed your Twitter name after being called out.”

The 28-year-old former Divas champion, real name Saraya-Jade Bevis, has already suffered a terrifying ordeal when a stalker showed up at her house in November.

A user, who went under the name @ashhpotato, later claimed on Twitter that she had a bad experience with Radke.

And they also claimed Paige had sent them a threatening direct message.

According to the tweet, the DM said: “Girl, none of that ever happened. You are the problem.

“That girl you are supporting sold our address to people. Now she’s playing victim because she got called out.

“We have lawyers and cops involved and they’re setting up a case against her. The more she does the more it helps our case.

“She will not be getting away with doing something so disgusting and illegal. She put our safety at risk.

“You reading bs on the internet and believing it makes you the problem. This is the kinda thing that gets people like you trouble.

“I’ll give you a chance to take a down, if not this will be going to the lawyers too. People like you need to be stopped. Posting stuff for attention and likes. It’s a shame.”

It remains unclear what the incident this is referring to, although Radke has been involved in several in the past.

He spent two and a half years in jail after a 2006 altercation that led to the death of Michael Cook, 18.

Although it was ruled he did not fire the gun, he was indicted on battery charges and sentenced to five years probation after failing to show up for an appointment with his parole officer.

Radke was then accused of stalking then-girlfriend Sally Watts in 2012 and was charged with a misdemeanor count of corporal injury and misdemeanor false imprisonment.

In 2014, he pleaded guilty nolo contendere to disturbance of the peace.

Also in 2012, the 37-year-old singer and songwriter was charged with simple assault and aggravated assault because of an incident where he allegedly threw three microphone stands into the audience while performing at a gig.

A 24-year-old-man was treated at the scene while a girl, 16, was injured and taken to hospital.

Then in 2016 he was accused of sexually assaulting 25-year-old Kacee Boswell.

However, it was later determined that there was not enough evidence to prove that Radke and his entourage sexually assaulted Boswell.

An eyewitness claimed that she exited Radke’s vehicle while visibly intoxicated, but he later sued his accuser for defamation.

END_OF_DOCUMENT_TOKEN_TO_BE_REPLACED

END_OF_DOCUMENT_TOKEN_TO_BE_REPLACED
Recent Posts
We and our partners use cookies on this site to improve our service, perform analytics, personalize advertising, measure advertising performance, and remember website preferences.Ok