A Place in the Sun: Ben Hillman red-faced after offending guest Just realised my mistake

A Place in the Sun: Ben Hillman backtracks on hair joke

Whitney and Rose dreamed of owning a holiday home around La Zenia on Spain’s Costa Blanca and they hoped Ben Hillman would be able to make it happen. The search got off to a promising start, but it soon took a nosedive when A Place in the Sun star Ben accidentally insulted Whitney.

The first property the couple looked around was a £71,000 apartment which included a shared pool.

Following the viewing, Rose said: “It’s not too bad, it’s okay for the money but the location is the biggest problem.”

The couple soon ruled out the first option as they were not impressed by the “remote location”.

The second property was a 30-minute walk from the beach and near a shopping centre. 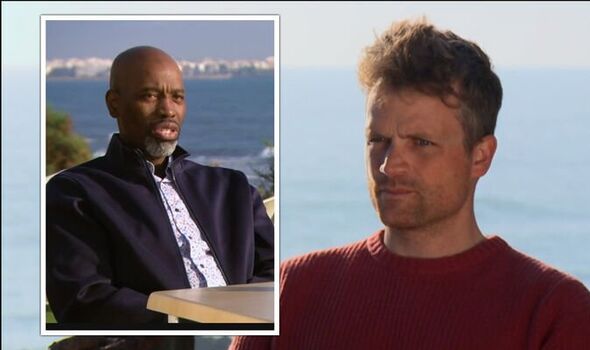 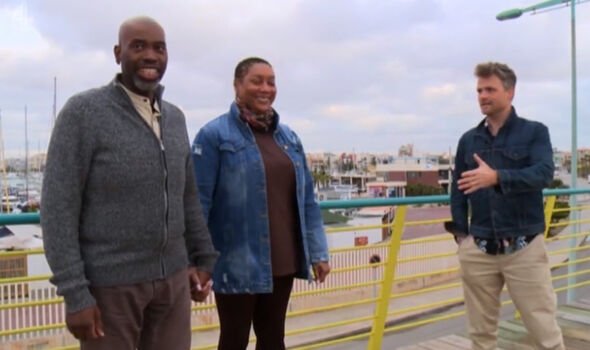 It was a two-bedroom townhouse with two terraces on the market for £83,500, but it needed some renovation work inside.

The pair thought the home was a contender, but Ben pushed the budget even further for the third of his options which was in La Florida.

The two-bedroom property was on the market for £91,000, and while the couple were keen on the layout they were not overly impressed with the location. 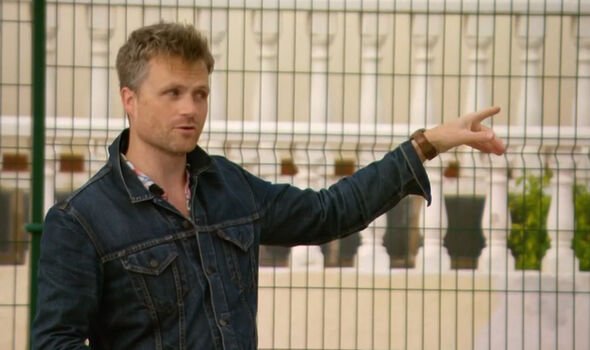 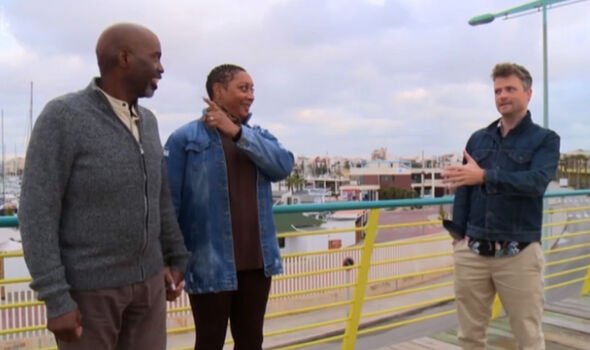 They were later taken to a fifth-floor two-bedroom property in Punta Prima which was close to the coast for £81,000.

“Now this is a pool,” Rose exclaimed after looking around the property.

“This is top of the list so far, it knocks the others off,” Whitney told Ben.

Ahead of viewing the final property, Ben put his foot in it by offending Whitney, telling him the two-bedroom apartment was in an area where he could let his hair down.

However, Whitney appeared offended as Rose highlighted he was bald, which left Ben red-faced.

Ben said: “You can let your hair down and party”, to which Whitney replied: “Well, I don’t know about that.”

Whitney and Rose both looked unimpressed and an embarrassed Ben said: “I’ve realised my mistake now, I didn’t think anyone noticed at that point.”

While the couple liked the fifth option, they told Ben the following day they were interested in putting in an offer on the fourth property.

Their maximum budget was £85,000, so Ben put in a counter-offer for that figure which was successful.

“Oh my goodness, thank you so much”, Rose exclaimed with a beaming smile on her face.

A Place in the Sun airs on weekdays at 3pm on Channel 4.