Home » TV & Movies » Adele concert proposal – who are the couple who got engaged?

Adele concert proposal – who are the couple who got engaged?

ADELE helped pull off an iconic proposal during her one-night-only concert on November 14 to the surprise of audience members and at-home viewers.

The highly promoted concert aired on CBS as a two-hour special, bringing in thousands of viewers eager to watch Adele promote her new album. 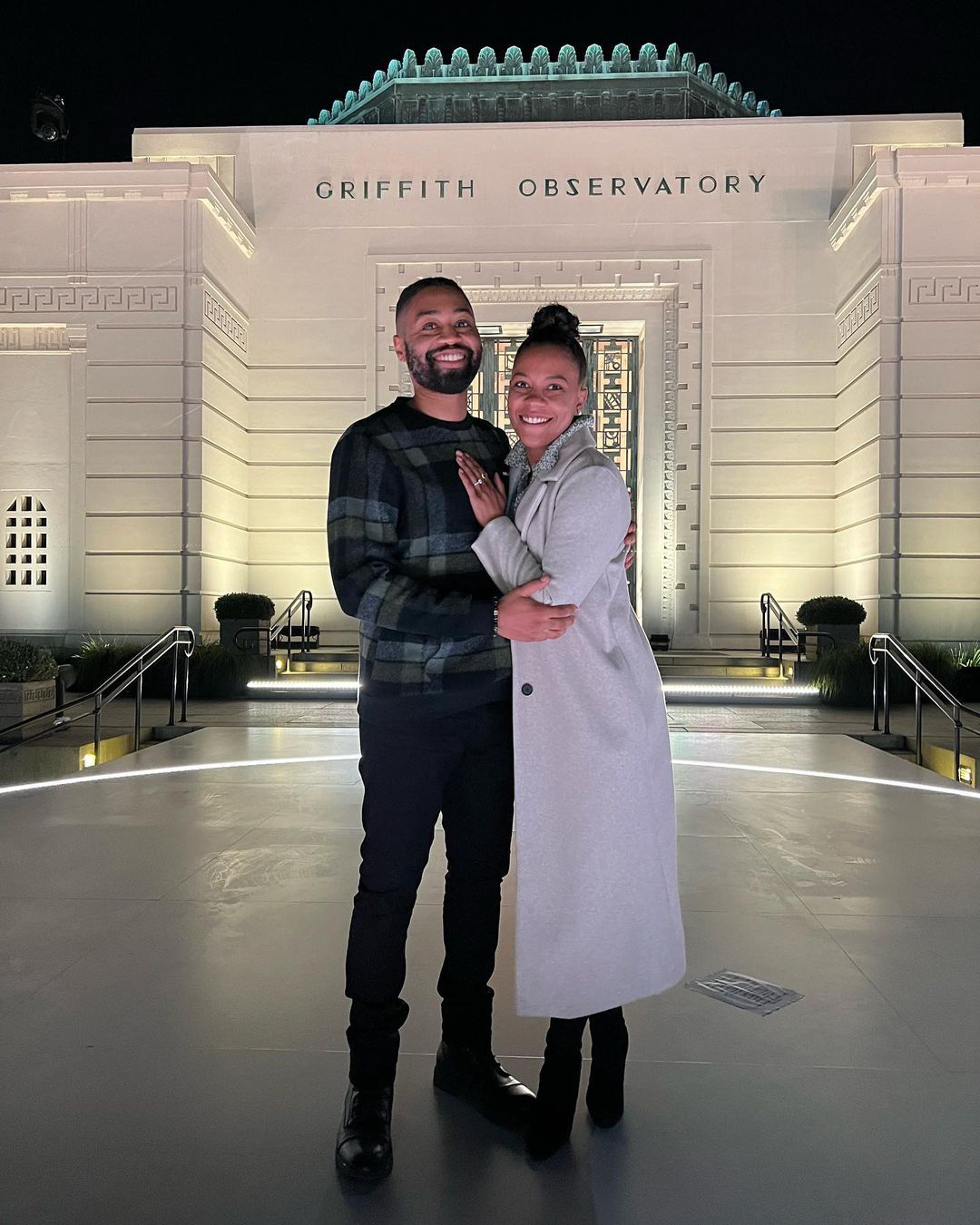 What happened during the proposal?

The one-night-only special was held at the Griffith Observatory in Los Angeles and was orchestrated to be the perfect moment for one lucky woman.

After performing several songs, Adele turned to the audience and explained that a man, Quentin Brunson, 31, had been with his girlfriend for seven years and would be proposing. On stage.

“I need every person to be really quiet, all right? If you make a noise, I'm going to kill you,” Adele warned before signaling for the couple to come on stage.

Quentin led a blindfolded Ashleigh Mann, 33, who was wearing noise-canceling headphones on stage, leaving her in shock when the blindfold was removed.

“I want to thank you for being so patient with me,” Quentin told Ashleigh. “I am extremely proud of you. And, I mean, every day you blow my mind.

“There's absolutely nothing that you cannot do. And I just know that you're going to be an amazing mother to our kids one day."

Ashleigh shouted “yes” in delight after thanking Quentin for not letting her eat. “I would have thrown up,” she said.

After a hug from Adele, the couple sat in the front row while Adele serenaded them with the song, Make You Feel My Love.

How was the proposal organized?

In an interview with CBS, Quentin and Ashleigh revealed the show was recorded last month and they had to keep the engagement a secret, even from family and friends.

Ahead of the one-night-only special, a decoy TV company advertised a casting call for fans of Adele who were looking to get engaged.

He had to submit a video maxed at one minute to express why he believed he and Ashleigh would be the absolute perfect couple to be chosen and explain their love for Adele’s music.

Quentin said when he was chosen, he received very little information about where the proposal would take place and didn’t know it would be at Adele’s concert until a few days prior.

“They didn’t give me a lot of information (which was) good because it would have made me a lot more nervous,” Quentin told CBS.

“So I found out about Adele, about it being Adele, maybe a couple of days before it happened.” 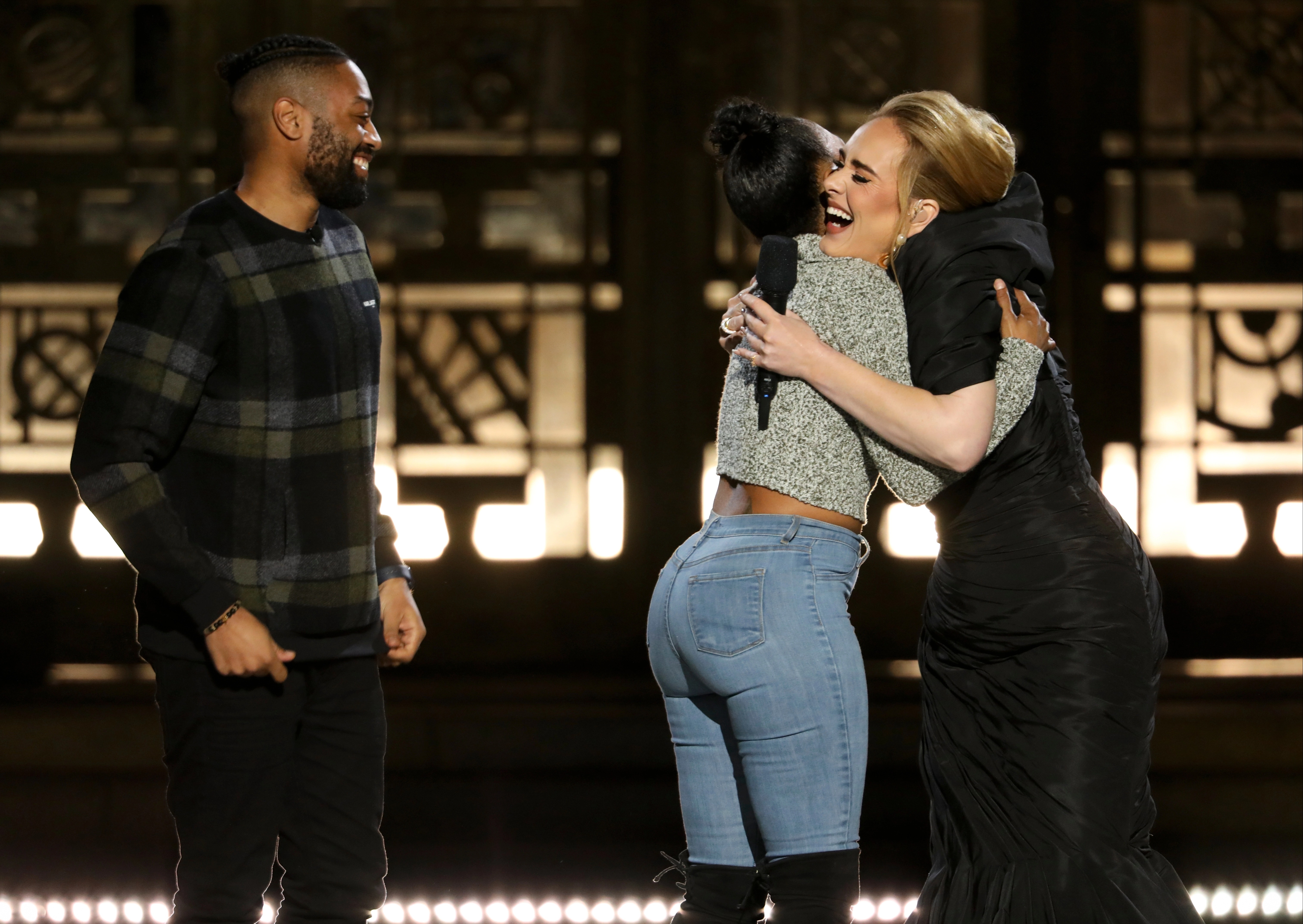 What did the couple say about the proposal?

Ashleigh told CBS she had been talking about going pumpkin picking and thought Quentin was taking her to a hayride the night of the proposal.

But she said when the blindfold was taken off “I saw him down on one knee, and then Adele was there. Then I was like, "Am I alive? This could be a dream."

“Then I saw Lizzo, Melissa McCarthy, Kerry Washington, and I'm like this is a dream for sure, this is definitely a dream.”

Quentin said he had been trying to find a way to pop the question for a while, but the stars aligned when he saw the proposal casting call.

“I felt like… this opportunity was from God for sure because it was made for us,” he said.

“Once it came across my table and I saw it, I just knew that if I submit to this, they're going to pick us because… I don't know, we have so much to offer.”