Home » TV & Movies » After Life season 2 Netflix release date: When does it start? How many episodes?

After Life season 2 Netflix release date: When does it start? How many episodes?

After Life season 2 is due to land on Netflix very soon and the series stars the comedian and TV personality, Ricky Gervais. The first season received positive reviews and it was praised for balancing dark comedy with poignant and emotional performances from the actors. Here is everything you need to know about when the new series airs and what to expect from the new episodes.

When does After Life season 2 start?

After Life is a British comedy-drama series airing on Netflix and it was created and produced by Ricky Gervais, who stars as Tony Johnson.

The series first premiered in March 2019 and a month later it was announced a second series had been given the green light.

Fans of the series will be pleased to hear the new episodes will air on the streaming platform today, April 24.

Viewers in the US should be able to watch the series from midnight, but fans in the UK will have to wait until 8am to watch the episodes.

Fans have already taken to social media to express their excitement, with one viewer saying on Twitter: “After Life is back this Friday on @Netflix. Not much working from home will be done! #AfterLife2.” 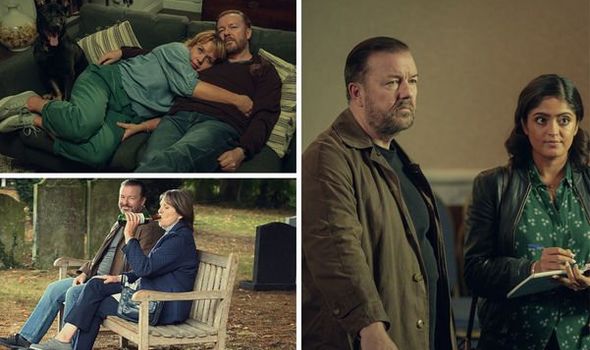 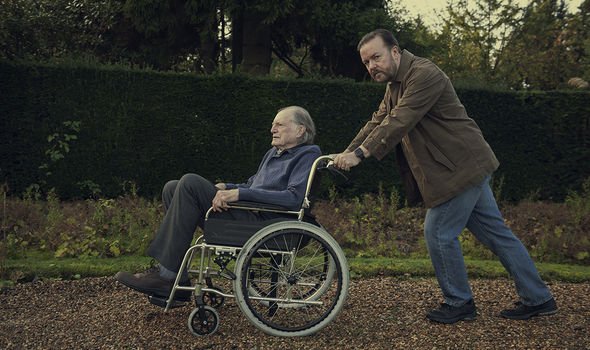 How many episodes in After Life season 2?

The first series was made up of six episodes and all six of the half-hour segments were dropped on the streaming platform at the same time.

Fans can expect six new episodes to make up the second series, and they will be pleased to hear all six will be available to watch at once.

Speaking to The Hollywood Reporter about the success of the first series, Gervais said: “I have never had a reaction like this before. It’s been insane. And heartwarming.

“But now I have to make sure the second season is even better so I’ll probably have to work much harder than usual. Annoying really.”

Netflix chief content officer, Ted Sarandos, said the series had moved audiences “from laughter to tears around the world”. 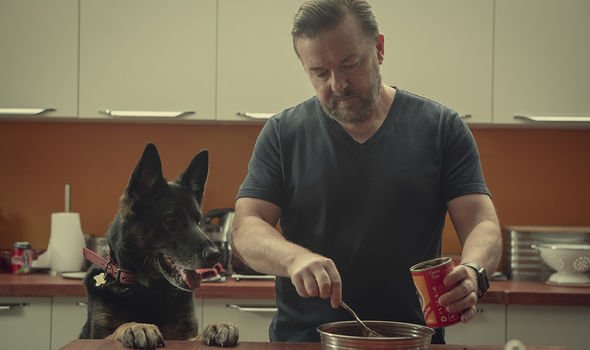 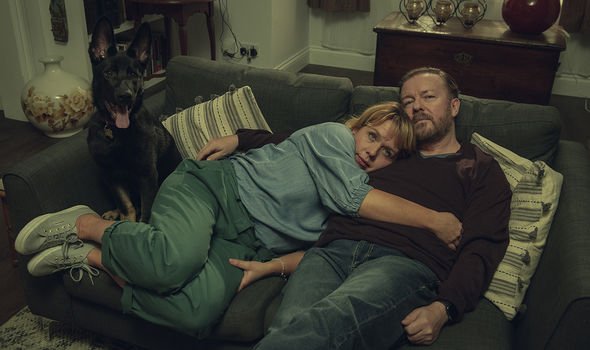 The popular series follows Tony, who is the head of features at the local newspaper called the Tambury Gazette.

He is feeling depressed and suicidal following the death of his wife, Lisa (played by Kerry Godliman), who had breast cancer.

Tony contemplates whether to take his own life but instead chooses to live long enough to avenge his wife’s death by saying and doing whatever he wants.

In the first series, Tony’s mood worsens as he considers taking drugs and he threatens Robbie (Thomas Bastable), one of his nephew’s classmates, with a hammer.

His friends and colleagues are trying to turn him into a better person, whilst he is set on being defiant to punish the world for Lisa’s death.

Gervais shared a photo of the read-through for the second series on his Twitter account in August 2019 and filming for the new series started in September.

He will be back as the main character and it is expected Diane Morgan will return as his colleague Kath, as well as Tom Basden as Matt, Tony’s brother-in-law and boss at the paper.

Tony Way could be back as Lenny, the photographer at the Gazette, and Mandeep Dhillon plays Sandy, the newly hired journalist on the team.

Fans may even get to see more of Tony’s dog Brandy (Anti), who is his best friend and the reason he gives to keep on living.

In the new series, he is likely to use his ‘superpower’ to do good in the world, as in the last series Tony said he would “punish people who deserve it”.

The trailer for the new series shows flashbacks of Tony and Lisa, and he is seen saying: “When she died everyone tried to help me and sort of save me. I feel I should help the people who helped me.”

He says he is trying to be more “zen” and wants to open his mind to new ways of healing following the death of his wife.

The new series is likely to be even more emotional than the first as Tony turns his frustration and anger into productivity and positivity.

Writer Kevin Palmer praised the series on Twitter. He said: “Just finished #AfterLife2 and it takes you on a journey that highlights so many of the best qualities in the human soul. Another work of art from

After Life season 2 airs on Netflix on April 24

END_OF_DOCUMENT_TOKEN_TO_BE_REPLACED

END_OF_DOCUMENT_TOKEN_TO_BE_REPLACED
Recent Posts
We and our partners use cookies on this site to improve our service, perform analytics, personalize advertising, measure advertising performance, and remember website preferences.Ok