Home » TV & Movies » Alejandro G. Iñarritu on His Stunning ‘Bardo’ Trailer and Why the Movie Is Shorter Now — Exclusive

Alejandro G. Iñarritu on His Stunning ‘Bardo’ Trailer and Why the Movie Is Shorter Now — Exclusive

Like its mouthful of a title, Alejandro G. Iñarritu’s “Bardo, False Chronicle of a Handful of Truths” has a lot going on. The movie, which follows a successful journalist and filmmaker (Daniel Giménez Cacho) who returns to his native Mexico City after many years in the U.S., unfurls many bold and surrealist twists as it moves along. Loaded with dream sequences and metaphors for Mexico’s complicated history, the essence of “Bardo” is hard to distill into a single description — which made the process of assembling the trailer into a daunting task.

“The film is always navigating through these ridiculous things that happen and deep things that co-exist with them,” Iñarritu told IndieWire over Zoom this week. “I thought the trailer should express that.” (Watch it, exclusively on IndieWire, at the end of this article.)

He collaborated with trailer editor extraordinaire Mark Woolen (whose other recent credits include “TÁR” and “White Noise”) to assemble a stunning immersion into the phantasmagoric nature of the movie set to The Beatles’ “I Am the Walrus.” Iñarritu secured the song with the help of Sean Lennon, a fan of the filmmaker’s work and the son of the Beatles frontman. “John Lennon deliberately wrote lyrics for that song that are impossible to be interpreted,” Iñarritu said. “Nonsense that makes sense is what this film is trying to do. Mark Woolen made it so that the lyrics made sense with the images.”

Iñarritu has been wrestling with his vision a lot in recent weeks. In addition to working on the trailer, the filmmaker reopened the edit on his movie after watching it with audiences in Venice and Telluride, shrinking and rearranging certain scenes while adding a new one in.

The latest cut, which screens for the first time at the San Sebastián Film Festival this week, runs a full 22 minutes shorter, bringing the total running time to two hours and 32 minutes without credits.

Iñarritu said that since deadlines prevented him from holding friends and family screenings before his initial festival run, it was only during that period that he was able to process the movie with an audience. “The first time I saw my film was with 2,000 people in Venice,” he said. “That was a nice opportunity to see it and learn about things that could benefit from being tied up a bit, add one scene that never arrived on time, and move the order of one or two things. Little by little, I tightened it, and I am very excited about it.” That process was still ongoing. “Honestly, I will keep doing this until it’s released to get the best film while I can,” he said. “You never finish a film. The deadlines just ask you to deliver it.”

This is nothing new for the director, who said he tinkered with the edits of “21 Grams” and “Babel” after their respective festival premieres. “If I could, I would keep editing the whole year,” he said. “I would love to keep working with this film all my life.”

At Telluride, Iñarritu said he was avoiding early reviews of “Bardo,” which were mixed. This week, he confirmed that nothing has changed on that front. “I want to reaffirm that I have not read one single review for my healthy mental state,” he said. “There is nobody better than me who knows all the dots that connect and how they could connect better.”

The additional scene added into the movie revolves around a conversation that the protagonist has with his driver as they ride into Mexico City. “It’s a very endearing little scene,” Iñarritu said, but declined to elaborate on other tweaks. “That’s the magic trick that nobody will really know. Most importantly, I think it got faster. I did some restructuring with the music that made me feel more confident about it.” However, a prolonged dance floor sequence that’s a centerpiece of the movie remains the same. “Most of the film is in untouched,” Iñarritu said. “It was really about getting the internal rhythm of certain scenes right.” 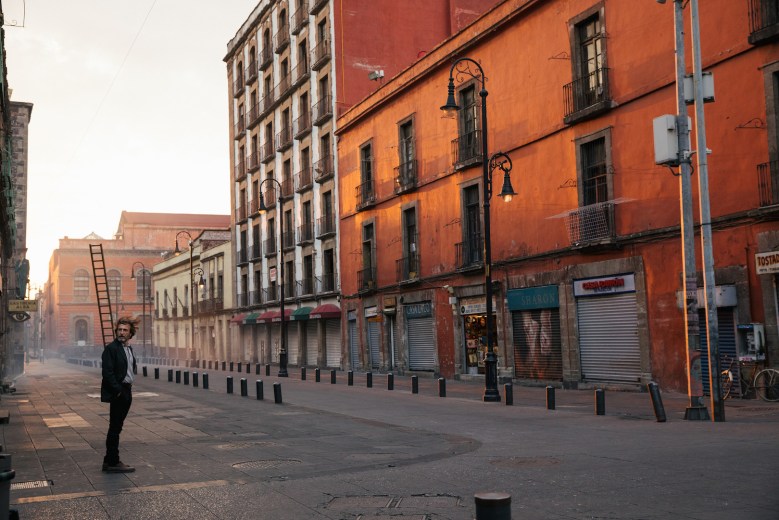 Iñarritu noted that his first cut of “Bardo” ran over four hours, but insisted that length was never his biggest concern. “I’ve seen films that are 80 minutes and too long,” he said, “or three-and-a-half hours and not too long at all. There is nothing more powerful than seeing the film with audiences. That’s what helped me.”

Nevertheless, he added with a smirk, “it is shorter than ‘The Revenant.’” (Iñarritu’s Oscar-winning wilderness epic runs about four minutes longer.)

Regardless of how the latest cut differs from the earlier one, the trailer captures the essence of the movie, condensing many of its most striking visuals into an impressive collage. It also takes dialogue out of the equation. “There is something about reading subtitles in trailers that can interrupt the flow,” Iñarritu said. “We felt that images were navigating what we wanted to say emotionally.”

From an opening scene in which the character imagines he can fly to a later one where he converses with his father’s ghost, “Bardo” ebbs and flows with a constant subjectivity. “We wanted this mural of mental states,” Iñarritu said. “Mexico is not a country, it’s a state of mind, and the film came from that — this sense of a country that does not belong to you, and you cannot return to it.”

After San Sebastián, the new cut of “Bardo” will make its way through the festival circuit, with bookings at London and AFI FEST ahead of a theatrical release from Netflix on November 18 (it begins streaming on the service December 16). Meanwhile, it remains a frontrunner for Mexico’s official Oscar submission as one of four films on the country’s shortlist. The final determination will be made at the end of the month. “Anything they decide will be great,” Iñarritu said. “There are some other great films trying to be selected as well. It’s very hard to know the outcome.”

He was heartened by early responses to “Bardo” in his native country, where he said it was viewed as a “very Chilango film” — slang for people who live in Mexico City, where most of the story takes place. “Chilangos are getting it,” he said. “That has been very satisfying to me.” Most of all, he was gratified to find that despite the heavy subject matter, the humor came through. “People laugh a lot,” he said. “That has been the most rewarding thing for me.”

Watch the trailer for “Bardo, False Chronicle of a Handful of Truths” below.