Home » Alex Scott’s heartbreak over ‘hardest conversation’ she had in football: ‘Cried eyes out’

Alex Scott’s heartbreak over ‘hardest conversation’ she had in football: ‘Cried eyes out’

The 36-year-old will replace outgoing host Dan Walker on Football Focus, with the presenter standing down from the role after an incredible 12 years in the post. This weekend marks the last broadcast with Dan on presenting duties, after he announced his intentions to move away from the popular football magazine show at the end of the season. His last show will be slightly less tense than other end-of-season broadcasts from the past, with the Premier League title winners already confirmed as Manchester City, and Fulham, West Bromwich Albion and Sheffield United all relegated from the top division.

There is, however, still the small matter of who will be going into next season’s Champions League, with Chelsea and Liverpool well placed to see off the challenge of Leicester and make it into the top four.

But for Alex, who had an illustrious career in the game, earning herself an incredible 140 caps for the England national team, Arsenal’s season is all but over, thanks to a chaotic campaign on the pitch.

Alex, who played for Arsenal Women during three separate stints, has spoken openly about some of the struggles she has had throughout her career, including one moment where she was worried she’d never put on the Gunners’ shirt again.

Her career at Arsenal began when her talent was seen by then-Arsenal Ladies manager Vic Akers in 1992. 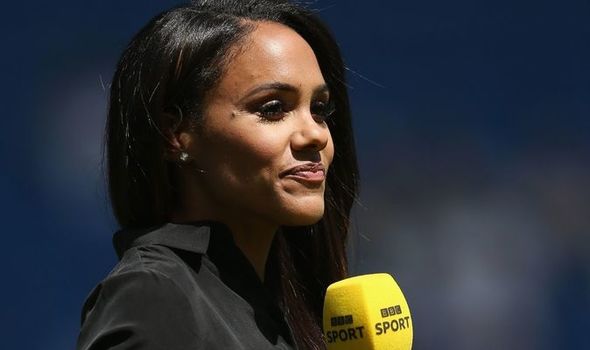 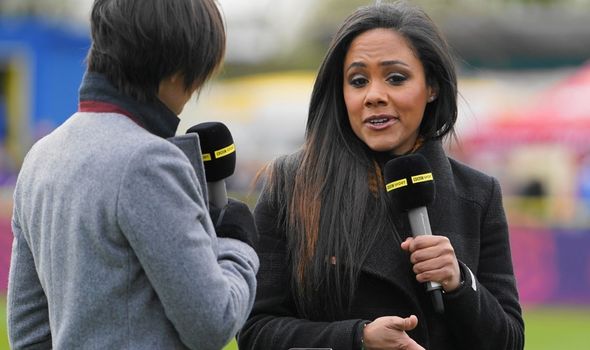 The 36-year-old was signed up but by 2004, Vic would deliver the brutal news that Alex would need to move on from Arsenal, and she would eventually transfer to Birmingham City Women.

She said during a 2017 YouTube video: “That was one of the hardest conversations because for me I never wanted to leave this club ever, it was [and] it still is my second family, my home.

“I remember crying my eyes out but he [Vic] said to me, ‘You know what, go and prove yourself and you will be back.’”

JUST IN: Dan Walker replies to Alex Scott as she’s announced as his replacement 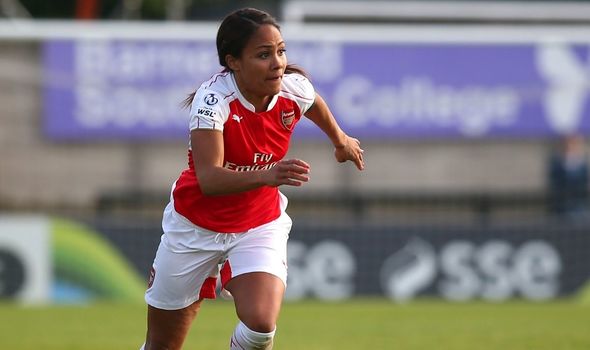 This emotion was summed up by Alex in a separate video for the England’s women team YouTube channel, in which she recalled how Vic told her he “wasn’t sure you’re going to make it” as a footballer.

But this challenge spurred Alex on, who admitted the blow was like her dream had been “shattered”.

She would join Birmingham City Women, and in a landmark move their coach Marcus Bignot made the decision to turn the then-striker into a right-back. 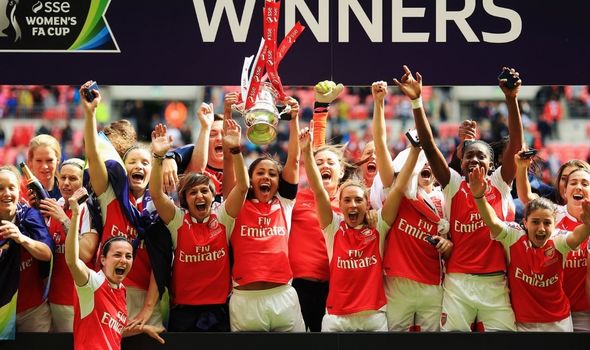 After one season with the Midlands side, and due to financial pressures placed on the club, Alex would soon be back in north London, and playing for her beloved Arsenal.

By 2008, Alex had moved to the US, and would play for two years with the Boston Breakers, before another emotional return to Arsenal.

While in her third stint with the club, Alex was made captain, and would lead her team to a stunning FA Cup win before hanging up her boots in 2018. 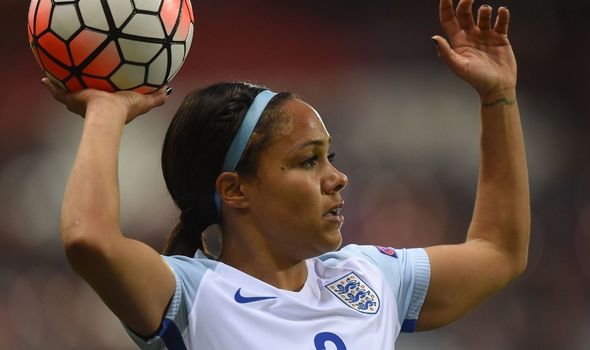 Alex maintained her influence over the game, and set up the Alex Scott Academy for female footballers, between the ages of 16 and 19, in 2011.

After retiring, Alex told The Sun on Sunday how she “loved the fact girls have more visibility now” as she reflected on a new rise in popularity for the women’s game.

Alex’s career has skyrocketed in recent years, as her popularity soared thanks to appearances on shows such as BBC’s Strictly Come Dancing, and Sky Sports.

Football Focus airs today at 12pm on BBC One.