ANT McPartlin fit in a last minute round of golf with Declan Donnelly ahead of his wedding to Anne-Marie Corbett.

The Saturday Night Takeaway duo were seen laughing at the golf course as they searched the greens for their ball. 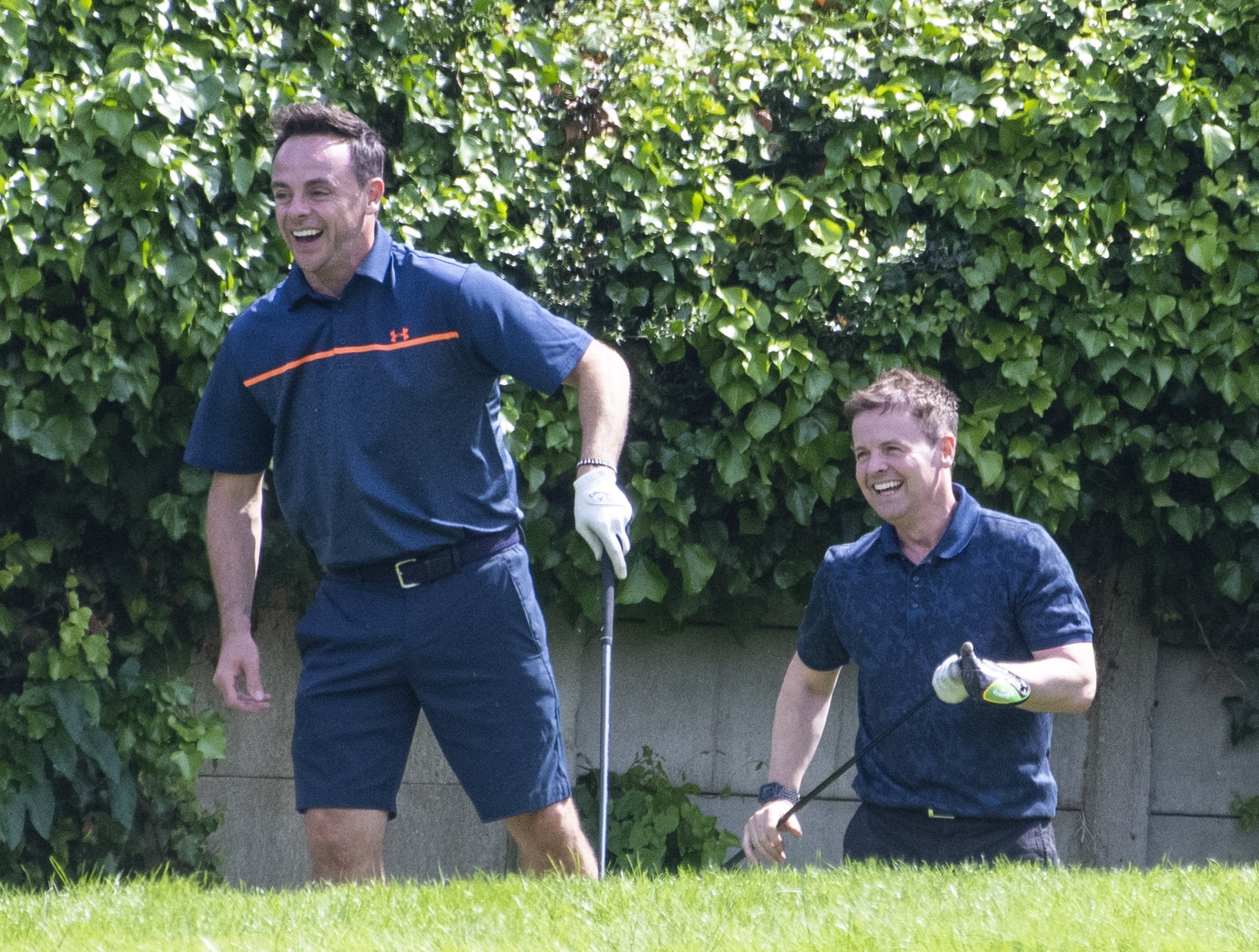 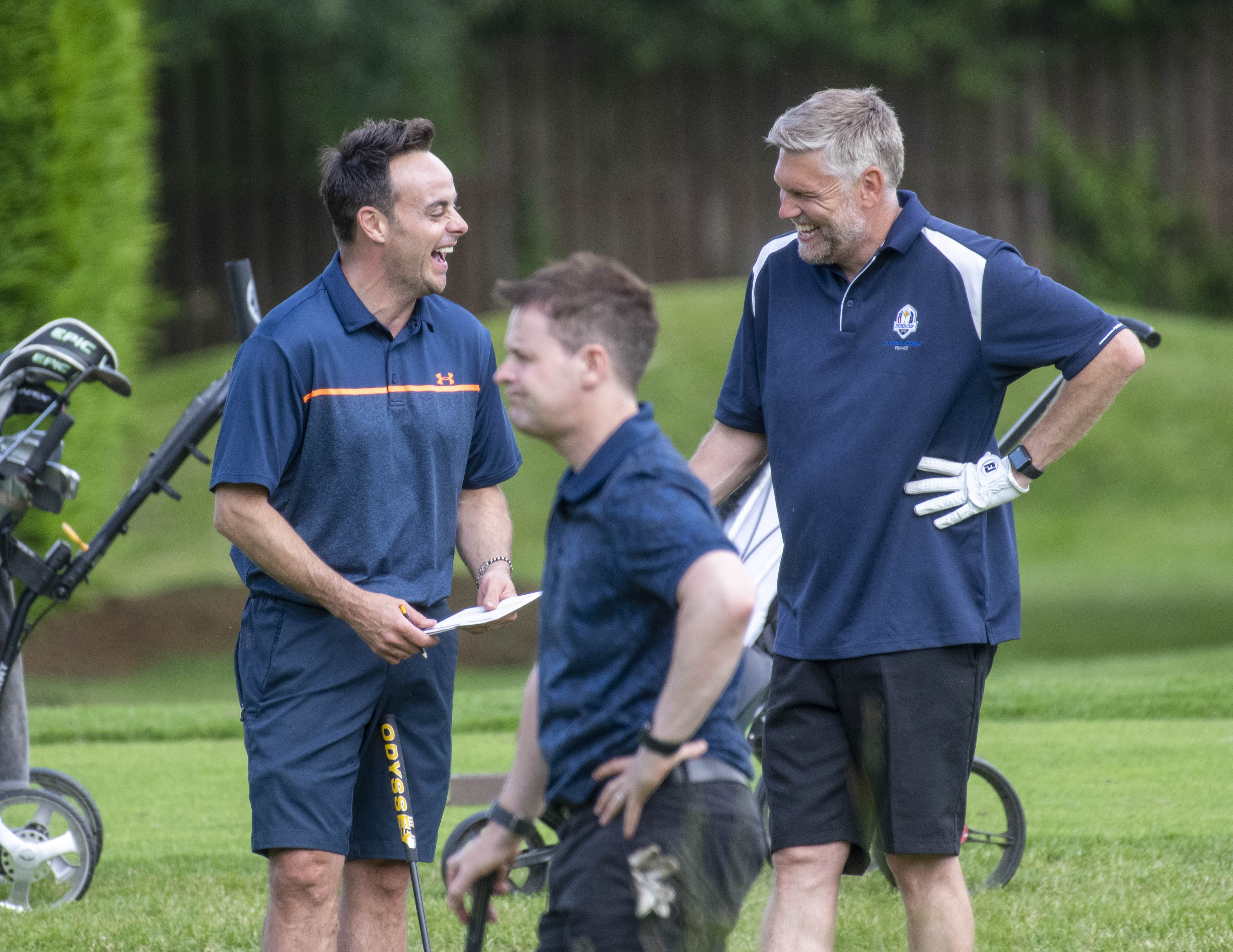 Both Ant and Dec wore blue polos with matching blue shorts, donning a white glove on their left hand.

However, their golf seemed to be getting better as Ant gave out high fives following a particularly good shot.

He celebrated by throwing his fist into the air – but eventually his ball ended up in a sandbank.

Dec looked less satisfied with his golfing skills, at one point puffing out his cheek as he looked ahead.

Ant, 45 – who was married once before to Lisa Armstrong – is marrying his fiancé Anne-Marie this weekend.

Ant’s telly sidekick Declan Donnelly, also 45, is expected to be his best man again as he marries his former PA in Hampshire.

The star is thought to be splashing up to £100,000 on his friends to stay at a posh hotel after his star-studded wedding.

However, though undoubtedly lavish, the big day will be in sharp contrast to Ant’s lavish, star-studded nuptials with Strictly make-up artist ex, Lisa Armstrong.

They married in 2006 at Cliveden House Hotel, Buckinghamshire, in front of 150 guests – followed by a huge fireworks display.

Ant proposed to Anne-Marie, 43, on Christmas Eve, with a ring that he designed himself.

It marked the end of a turbulent three years for the Saturday Night Takeaway host after his divorce from Lisa. 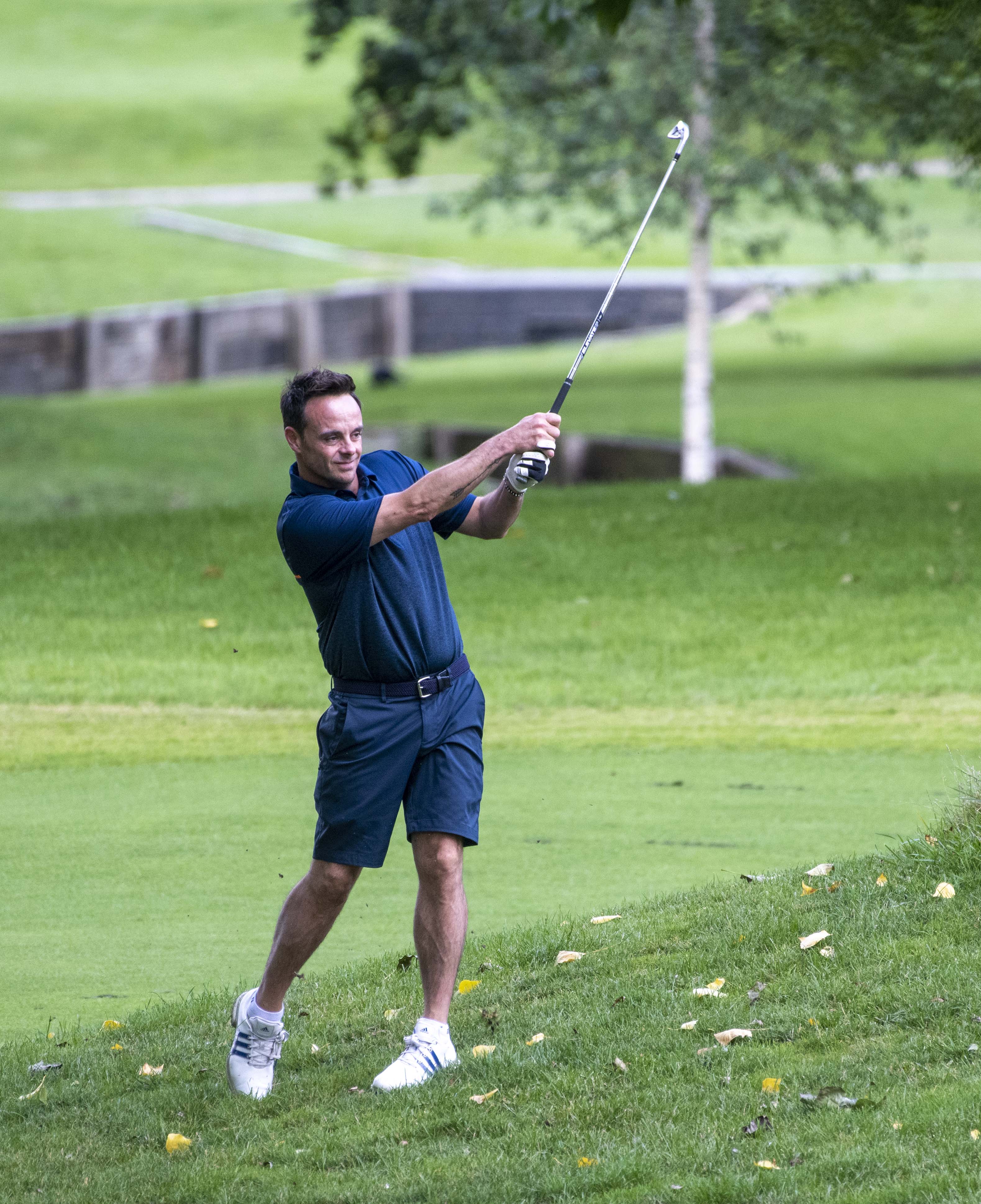 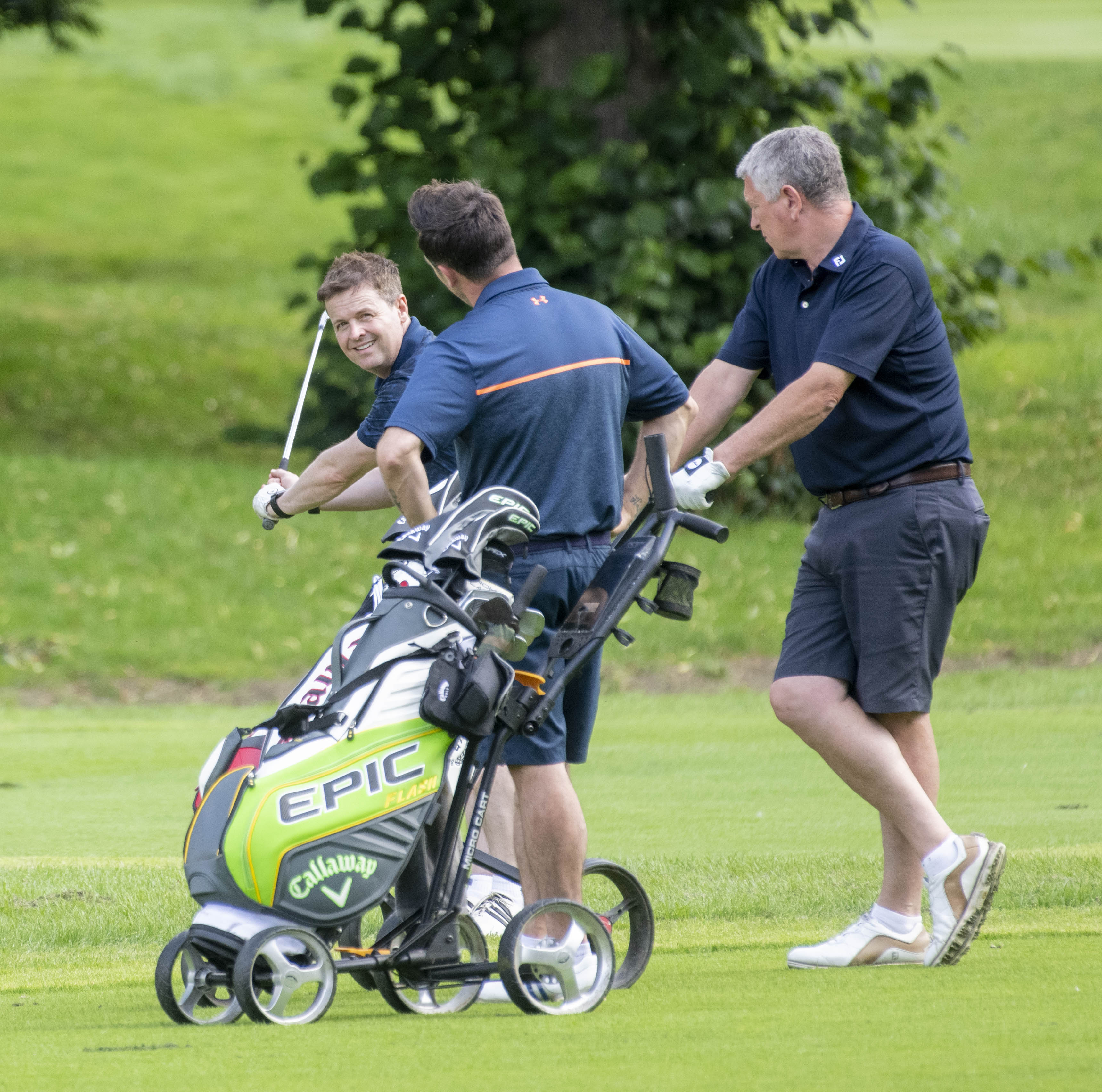 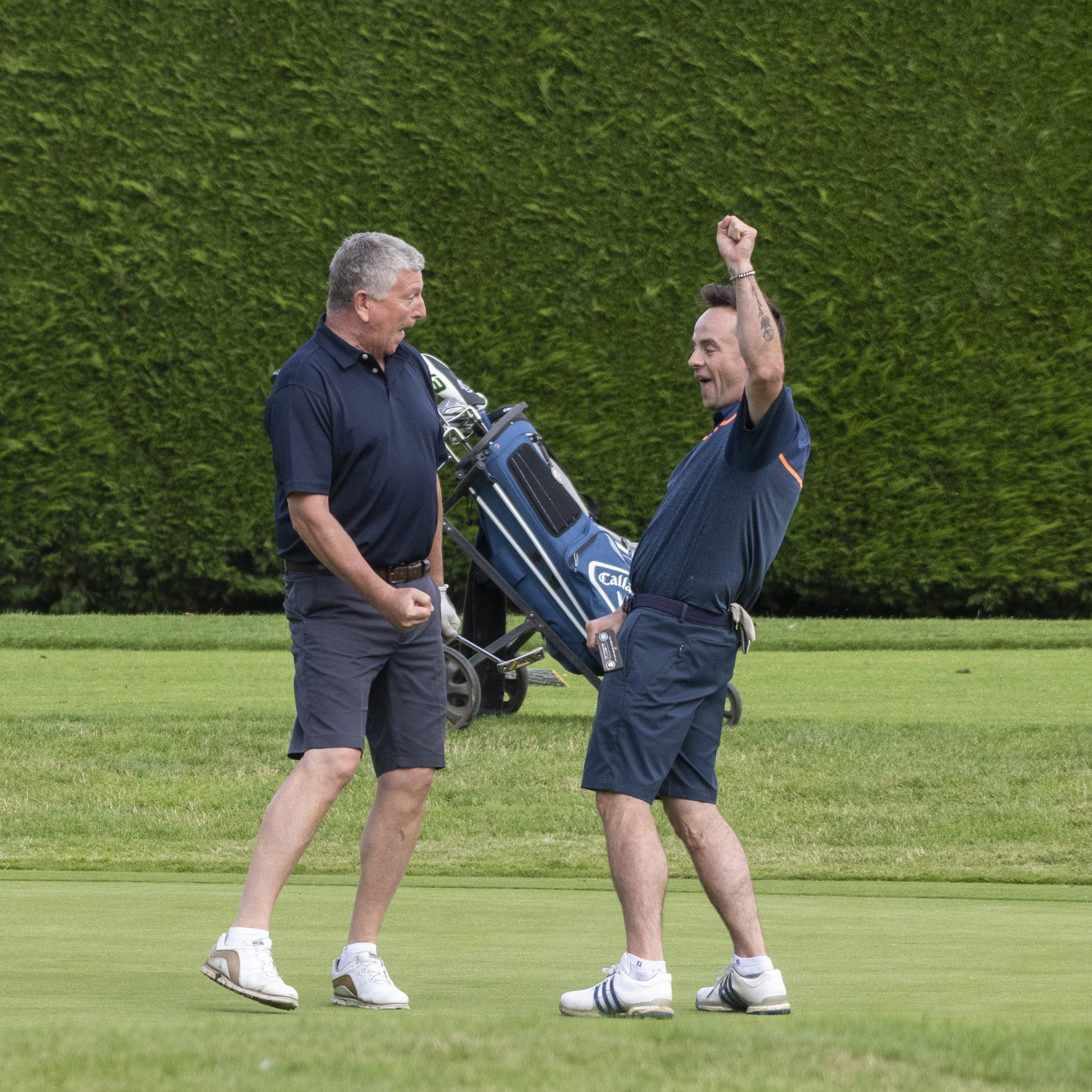