The Marvel Cinematic Universe (MCU) has brought many supervillains to the screen. But few compare to Thanos (Josh Brolin). After all, the cosmic baddie — also known as “the Mad Titan” — doesn’t just have his sights on Earth. His ultimate plan affects the entire universe. And while the Avengers ultimately defeat him, Thanos strangely never crosses paths with one hero. 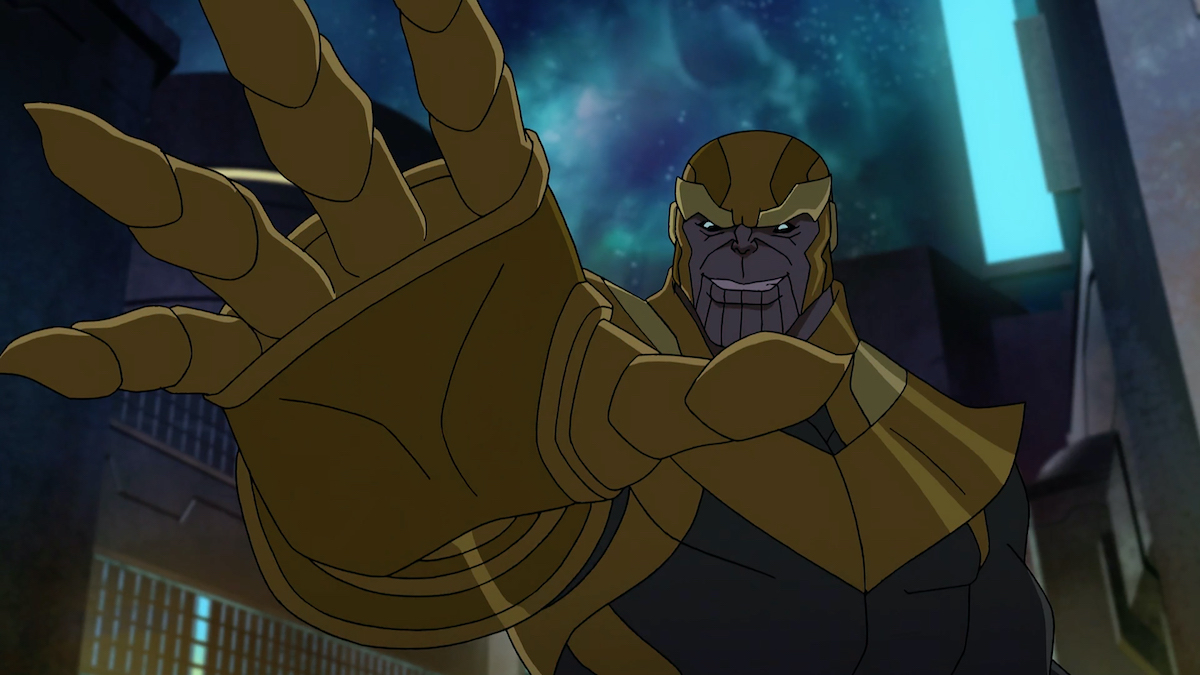 Unlike most other MCU villains, Thanos posed such an epic threat that it took the Avengers two whole movies to triumph over him. Armed with all six Infinity Stones, the villain even defeated Earth’s Mightiest Heroes initially. In Avengers: Infinity War, heroes like Iron Man (Robert Downey Jr.) and Captain America (Chris Evans) mount a last-ditch effort thwart him.

Ultimately, their attempt to prevent the “inevitable” — as Thanos calls it — proves futile. The tide doesn’t begin to turn until Avengers: Endgame. Only one of the original Avengers was absent from Infinity War. But it isn’t Hawkeye (Jeremy Renner) who makes the big difference this time around. Rather, it’s the last Avenger who anyone would expect to tip the scales.

As fans know all too well, Avengers: Endgame culminates with just about every hero in the entries MCU teaming up against Thanos and his army. Getting to this point took a lot of effort, as the Avengers first have to pull off a “time heist” to undo Thanos’ damage. The key to this mission comes from Scott Lang aka Ant-Man (Paul Rudd), who owes his rescue to a helpful rat.

Scott’s experience with the Quantum Realm provides the guidance Tony Stark needs to unlock time travel. Many heroes face off against Thanos at one point or another. But as Looper points out, the Mad Titan never actually meets Ant-Man. This could be deliberate, as the writers might not believe Ant-Man could hold his own in battle. But perhaps there’s another reason.

Marvel Studios might have been avoiding a particularly dark turn

After Avengers: Infinity War, fans noticed Hawkeye and Ant-Man were among the only major heroes still missing. So it didn’t take long for a particularly wild theory to make the rounds. Given Ant-Man’s size-shifting ability, some fans theorized that all the Avengers needed to do is allow Ant-Man to enter Thanos’ body through, well, let’s just see an unexpected place.

Rudd even responded to this fan theory. Of course, a family-friendly MCU movie would never turn to such a gross and gruesome approach to dispatching its lead villain. But writers Christopher Markus and Stephen McFeely could have purposefully kept Thanos and Ant-Man apart. If they never directly meet, the movies never have to address the possibility.

END_OF_DOCUMENT_TOKEN_TO_BE_REPLACED

END_OF_DOCUMENT_TOKEN_TO_BE_REPLACED
Recent Posts
We and our partners use cookies on this site to improve our service, perform analytics, personalize advertising, measure advertising performance, and remember website preferences.Ok