On tonight’s premiere of the ABC dating series, Bachelor Nation was introduced to the former leads stepping in to take Chris’ spot after he “stepped away” due to his racism scandal. 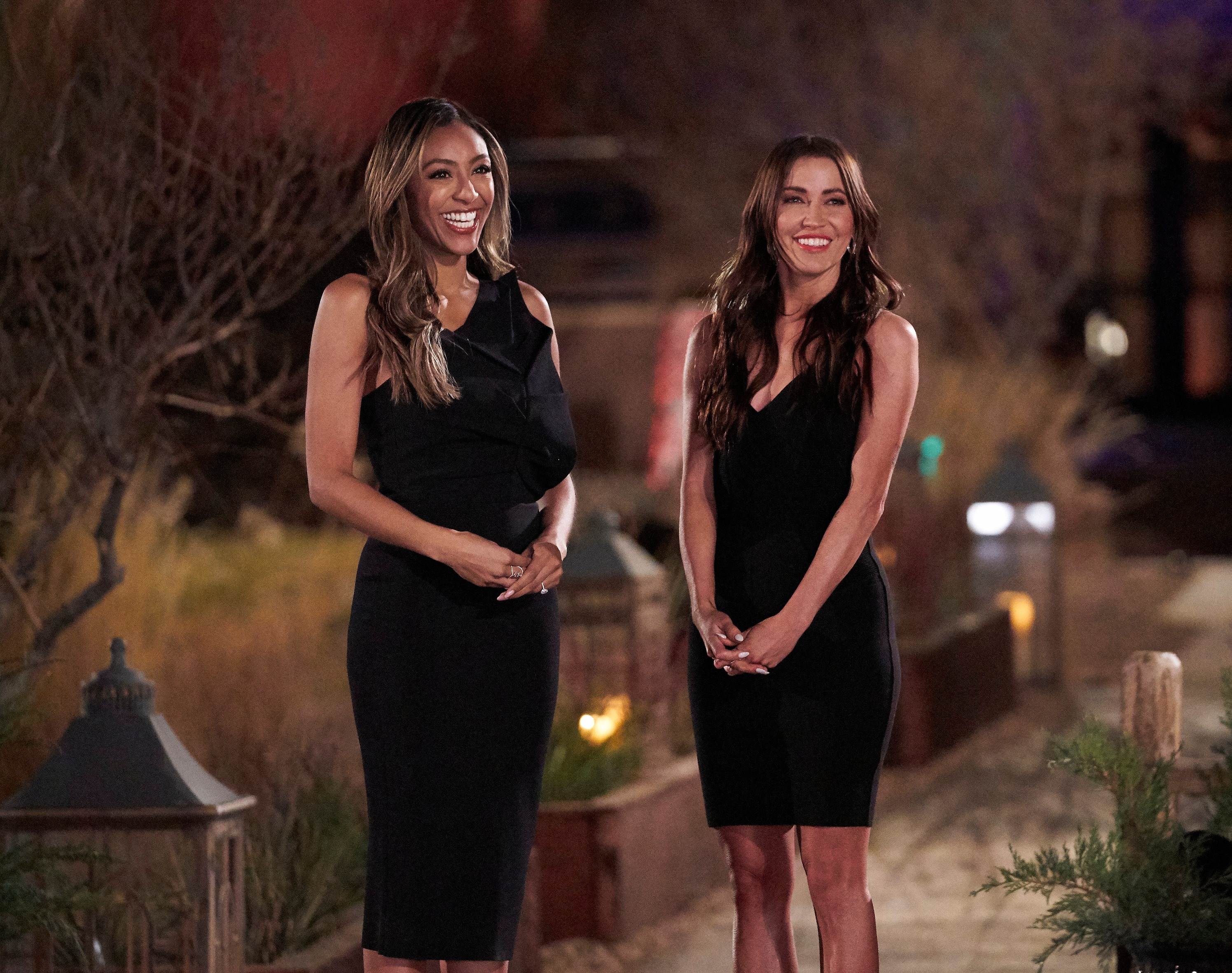 As Katie, 30, is standing outside the New Mexico resort here season filmed at, she thought she would be handling everything solo.

However, her excited co-hosts snuck up behind her and the trio immediately embraced.

“Oh my god, AHH,” Katie exclaimed, before adding: “Wow you guys are going to make me cry. I’m so happy you guys are here!"

The gal pals then gushed that Katie “looked stunning” in her red sequin floor-length gown and called her a “desert rose.”

“We’re here to help you, we’re here for you. You do not have to do this by yourself,” the girls told Katie.

She responded that she “really thought she’d have to do this season” by herself.

“I couldn’t have asked for anything more perfect. I mean Kaitlyn and Tayshia? The dream team is here,” the Bachelorette said with a huge smile.

The Washington then asked if the group could go inside as she had “so many questions” to ask the experienced former leads.

“What are the top two things you wish you knew before your season?” Katie asked.

“I know one. Don’t rule any of them out,” Kaitlyn instructed Katie.

Tayshia agreed, adding: “Absolutely not. I ended up with Zac [Clark] and he was not my top pick at all in the beginning. And now he’s my fiance!”

When she was asked if she has a type, Katie explained that she “doesn’t” but wants a guy who can “embrace her silly side but recognize she has a serious side.”

The dynamic between Tayshia and Kaitlyn – as well as their bond with Katie – was described as “fun and refreshing” by many viewers.

“The kaitlyn tayshia and katie dynamic is going to be soooo much better than chris harrison or any other guy,” one fan said.

Another begged the question: “Can we keep Tayshia and Kaitlyn as co-hosts? Sorry Chris Harrison.”

“I LOVE Tayshia and Kaitlyn pls never bring Chris Harrison back,” someone insisted.

A watcher tweeted: “Kaitlyn and Tayshia are so good at this I don’t even remember Chris tbh.”

“Kaitlyn and Tayshia have been better hosts in this episode than Chris Harrison was in his entire career,” a Twitter user praised the women.