Not every prequel series is a success. In fact, most spinoffs of popular shows are no match for the originals. But Better Call Saul stands in stark contrast to this general rule. The prequel to AMC’s hit drama series Breaking Bad is quickly becoming just as popular as the show it’s based upon. Some fans are even saying they like it better.

But even though Better Call Saul is great, that doesn’t mean it’s perfect. Showrunners spent a lot of time and effort staying true to the Breaking Bad story. However, there are a few major flaws in the story, including one unavoidable issue that no one could prevent.

Most Breaking Bad fans took some time to warm up to Better Call Saul. The series got off to a slow start and relied heavily on character development in the first season. One of the chief complaints viewers had in the beginning is that the prequel was “boring.”

However, by season 5 no one could accuse Better Call Saul of being uninteresting. The most recent installment showed some of the worst villains, including Lalo Salamanca, gearing up for a final showdown. Jimmy McGill will be making a full transition to Saul Goodman.

And Kim Wexler? Her fate is largely unknown, but it’s not looking good.

The prequel ‘Better Call Saul’ was filmed after ‘Breaking Bad’ 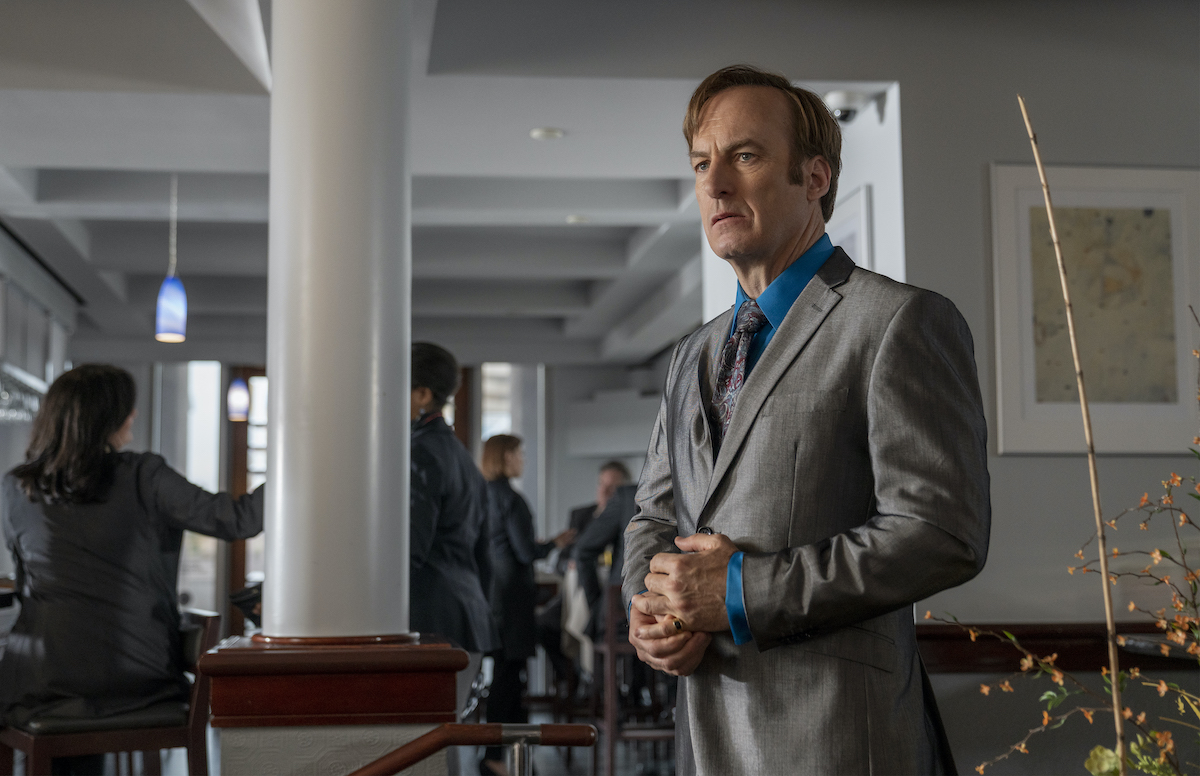 The events of Breaking Bad take place between 2008 and 2010. Though there are a number of discrepancies, for the most part the writers stuck to a logical timeline throughout the whole series.

Meanwhile, Better Call Saul deals with criminal lawyer Saul Goodman’s life prior to meeting Walter White and Jesse Pinkman. The events take place between 2002 and 2004 for seasons 1 through 5. Logically, season 6 should catch up to the beginning of Breaking Bad, so it would cover the next 3 years.

There are plenty of new characters on Better Call Saul who weren’t part of the Breaking Bad story. But the familiar faces all look a little older when technically they are supposed to be younger while the prequel events are taking place.

Mike Ehrmantraut, Gus Fring, and Saul Goodman are just some of the characters who appear in both shows. Their age difference isn’t that noticeable, especially with the benefit of makeup and lighting. But then there are characters like Don Eladio who are completely unrecognizable.

Eladio Vuento was the leader of the Juárez Cartel until Gus Fring murdered him during Breaking Bad as revenge for killing his partner, Max Arciniega. The character Don Eladio is played by actor Steven Bauer. However, Bauer looks drastically different when he appears on Breaking Bad compared to how he looks in Better Call Saul. The difference was enough for fans to question if it was even the same person.

Overall, fans are willing to suspend their disbelief a little when it comes to Better Call Saul. Still, it’s one major flaw that can’t be avoided.