Home » TV & Movies » 'Black Widow' Officially Delayed Until 2021 — What Does This Mean for the Rest of Marvel Phase 4?

'Black Widow' Officially Delayed Until 2021 — What Does This Mean for the Rest of Marvel Phase 4?

Black Widow will not make it to theaters in 2020. Marvel Studios has just announced its amended release schedule for Phase 4 of the Marvel Cinematic Universe. Due to the pandemic, they’ve decided to push back Black Widow’s premiere another six months. As a result, a significant part of the Phase 4 schedule has changed. 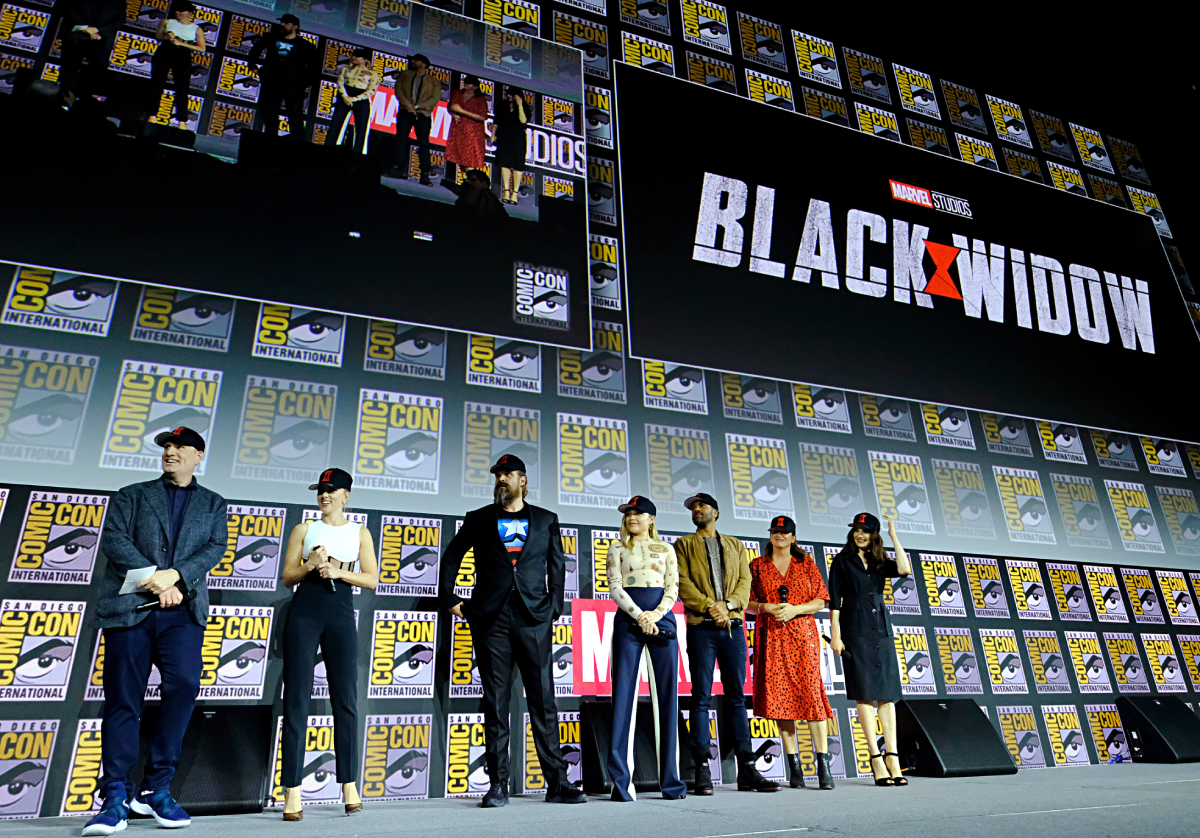 ‘Black Widow’ was originally supposed to hit theaters in May 2020

As Marvel fans know, the studio originally scheduled May 1, 2020, as the release date for Black Widow. But when the COVID-19 outbreak hit the United States in March, they decided to push back the premiere until November 6, 2020.

Now, Marvel has announced that they will not release Black Widow until May 7, 2021. As CNN notes, the delay is a tough one for both fans and movie theaters. As one of the most anticipated films of the year, cinemas across the country were hoping Black Widow’s release would bring people back. The pandemic has nearly killed the movie theater industry, and they aren’t out of the woods yet.

Currently, about 70 percent of theaters have reopened across the country. But, in major markets like New York and Los Angeles, all theaters are still closed. The only notable new titles in recent weeks to hit theaters are Tenet, The New Mutants, and Unhinged. None of those have performed well.

Without Black Widow in November, moviegoers will have to wait for Pixar’s Soul or the newest James Bond film No Time to Die. Both hit theaters on November 20.

Phase 4 of the Marvel Cinematic Universe has completely changed

The decision to delay Black Widow for another six months caused a few Phase 4 dominoes to fall. Marvel had already delayed Eternals from November 2020 to February 12, 2021. But now, it won’t premiere until November 5, 2021. Shang Chi and the Legend of the Ten Rings is also moving from May 7 to July 9, 2021.

According to the Marvel website, Black Widow will show Natasha Romanoff confronting “the darker parts of her ledger when a dangerous conspiracy with ties to her past arises.”

“Pursued by a force that will stop at nothing to bring her down, Natasha must deal with her history as a spy and the broken relationships left in her wake long before she became an Avenger,” the site reads.

Eternals will introduce fans to a new team of superheroes. They are ancient aliens who have been secretly living on Earth for millennia. But, after the events of Avengers: Endgame, a tragedy forces them out of hiding. They reunite so they can fight The Deviants, mankind’s most ancient enemy.

Simu Liu plays the titular role in Shang-Chi and the Legend of the Ten Rings. The film also stars Awkwafina and Tony Leung, and Destin Daniel Cretton is the director. Spider-Man 3 will keep its December 2021 release date, which means fans should see four new Marvel films next year.

With Marvel pushing back every 2020 theater release until 2021, this will be the first year in more than a decade that the studio hasn’t released a new MCU film. As We Got This Covered points out, the first entry in the Marvel Cinematic Universe was 2008’s Iron Man.

That same year, the studio followed up with Edward Norton’s The Incredible Hulk. After that, 2009 was the only year between now and then that Marvel hasn’t released an MCU movie. Starting in 2010 with The Avengers, Marvel has released at least one new MCU film each year.

While fans wait even longer for the Phase 4 theatrical releases, they can still catch WandaVision starring Paul Bettany and Elizabeth Olsen on Disney+. Not to mention that both The Falcon and the Winter Soldier and the What If…? animated series are on the way. 2021 is shaping up to be a huge Marvel year.

END_OF_DOCUMENT_TOKEN_TO_BE_REPLACED

END_OF_DOCUMENT_TOKEN_TO_BE_REPLACED
Recent Posts
We and our partners use cookies on this site to improve our service, perform analytics, personalize advertising, measure advertising performance, and remember website preferences.Ok