Rafael Casal and Daveed Diggs’ breakthrough feature Blindspotting topped several lists of the best films of 2018. Now, the story continues with a brand new sequel series on Starz featuring the return of Casal as Miles and the legendary actress Helen Hunt portraying his mother, Rainey.

The star of Blindspotting and its new TV adaptation on Starz spoke exclusively to Express.co.uk about landing Helen Hunt for the role of Rainey.

Actor and co-writer Rafael Casal reprises his role as Miles from the original film, which co-starred Hamilton and Snowpiercer’s Daveed Diggs.

However, Miles takes a backseat to the action in the small screen continuation as he’s arrested for drug possession at the start of the first episode.

His girlfriend, Ashley (played by Jasmine Cephas Jones) takes centre stage, moving in with Miles’ mother Rainey (Helen Hunt) as she deals with his absence. 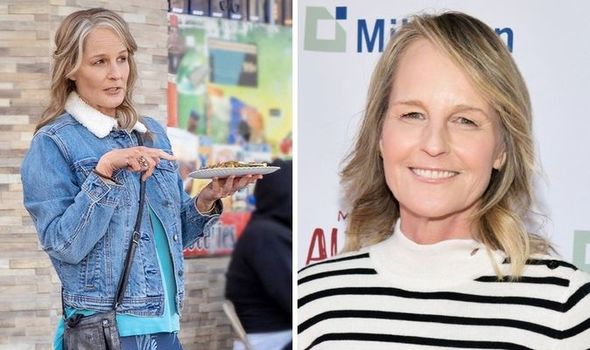 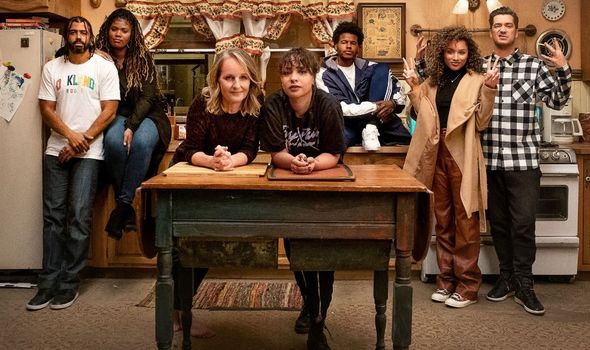 Touching on Hunt’s casting, Casal recalled: “She came on board and it made us all step our game up.

One of the funniest moments of the series comes in the pilot after Ashley discovers an engagement ring and realises Miles was about to propose.

With her future husband in jail, Miles’ mother Rainey takes it upon herself to act out a traditional proposal to mixed results. 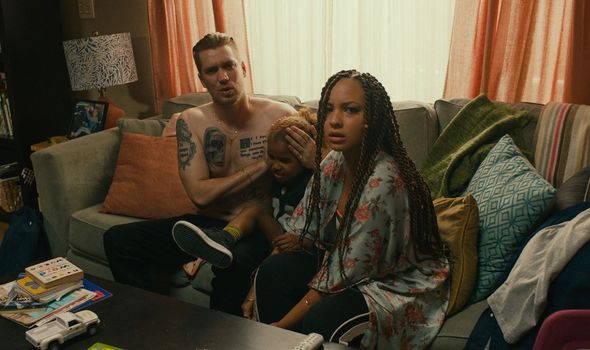 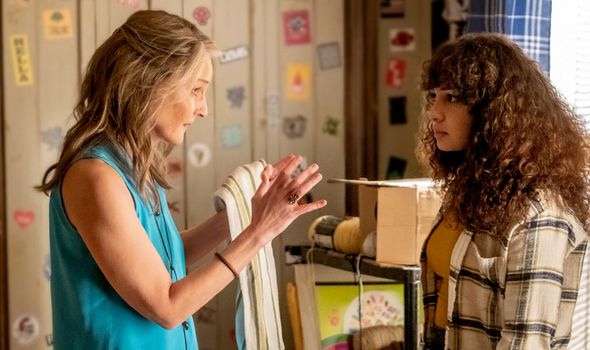 Although her intentions were sweet, Rainey’s impression of her son calling Ashley his ‘ride or die’ quickly takes the moment from sweet to ridiculous.

Casal revealed that Rainey’s misguided impression of her son was actually Helen Hunt’s idea, and recalled swapping notes and voice clips to teach her to impersonate Miles.

He explained: “She phrased it in a way that we got confused, but she was like, ‘Do Miles for me.’

“And I sent how I thought she should do an impression of Miles.”

Casal continued: “I code-switch all the time depending on if I’m talking to people from back home or not.

“What we have in the Bay that really comes out over there is the Southern draw and the hard R comes out.”

“When she kneels down and she’s just like, ‘Ay babe’… it’s amazing that just in that line you know she’s doing Miles.”

The actor then confirmed that the whole scene was Hunt’s idea, and told her co-star it was ‘one of the funniest things I’ve ever heard’.

As the series goes on, Helen Hunt puts in an absolutely stellar performance as Rainey, and is just one of the many reasons why Blindspotting deserves a spot on this year’s best new shows.