Home » TV & Movies » Bling Empire: How much is the Louis Vuitton necklace worth?

Bling Empire: How much is the Louis Vuitton necklace worth?

Bling Empire is a new reality TV series on Netflix inspired by the film Crazy Rich Asians. The show follows a group of high-flying friends who live a life of luxury as heirs to great fortunes or entrepreneurs. Fans have been obsessing over a stunning Louis Vuitton necklace featured in the series and it has been valued by jewellery brand Taylor & Hart.

How much is the Louis Vuitton necklace worth?

Bling Empire has been described as the next Selling Sunset as it delves into the personal lives of some of the most affluent Asians in LA.

The series has brought together a cast made up of heiresses, entrepreneurs, doctors and entertainers who have since become good friends.

Fans have been enjoying the drama and they are in awe of some of the couture outfits and accessories featured in the show.

One of the most talked-about items is a particular Louis Vuitton necklace, worn by Christine Chiu.

The necklace features in the first episode and there is a fracas between Christine and Anna Shay. 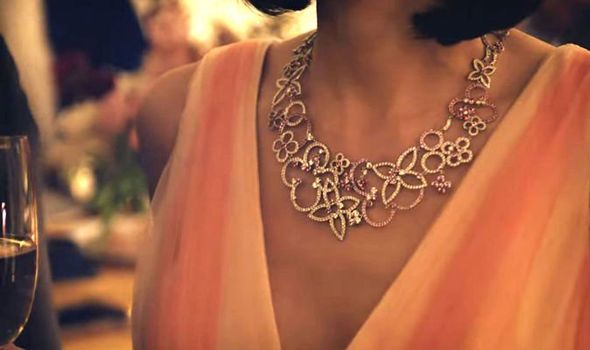 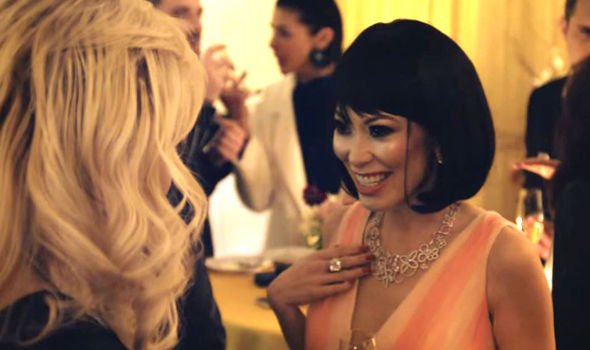 The necklace causes drama between Christine and Anna, and many fans have been wondering how much it would sell for today.

Kate Earlam-Charnley is the design director at Taylor & Hart and she guessed the necklace features 1,000 diamonds.

The jewels are set in white gold and there are a further 400 pink sapphires completing the stunning design.

She said: “This necklace features more precious gems than most of us will come into contact within a whole lifetime. 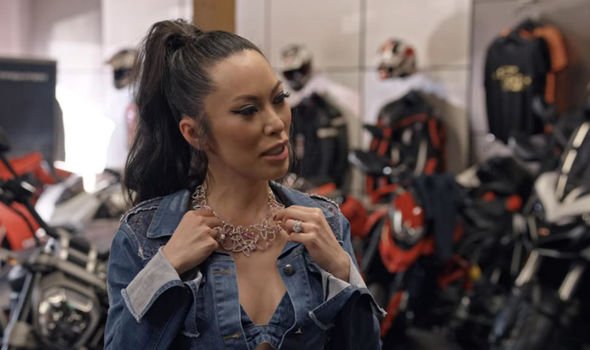 “The true cost of this elegant piece will depend on the carat weight of the gemstones but the exclusivity of the Louis Vuitton brand will definitely go a long way in adding extra digits to the price tag.”

The cast of Bling Empire can often be heard talking about “high jewellery” and this term refers to an item containing the highest quality gems, which are rare to come by.

High jewellery uses the most precious metals and it has a distinct design, usually created by someone famous in the industry.

The necklace causes an argument both Christine and Anna own the item, and they did not want to be seen wearing the same thing.

One fan said on Twitter: “I’ve started Bling Empire & there’s drama bc someone wore a Louis Vuitton necklace that the host also owns to her party [sic].” 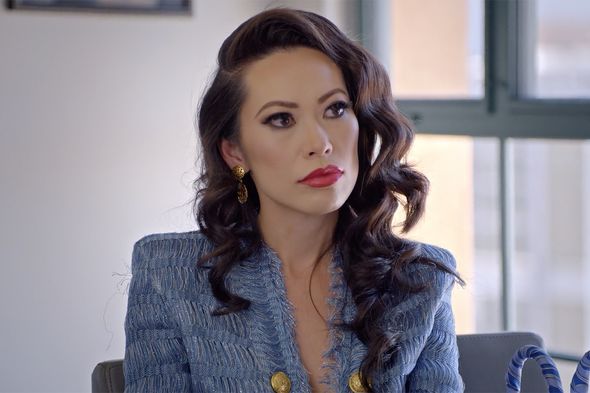 Another viewer called it “hilarious” how the pair were arguing over something so unbelievable. One fan joked: “I don’t think I’ve ever felt more poor.”

The necklace has taken the world by storm and viewers are finding it hard to comprehend Christine and Anna’s reactions.

One said: “Ok why am I watching Bling Empire and Anna is the petty I live for. This first episode is IT! Christine really did too much with that necklace.”

The argument left fans calling Christine out for her actions and they felt it was a “cringy” moment.

Some have asked whether the series is scripted and there are elements which have been amped up for dramatic impact.

This being said, most of the situations the cast found themselves in were real, as they have previously confirmed.

Christine is on Instagram and she describes herself as a collector of couture clothing and jewellery.

There are plenty of high-fashion snaps for fans to enjoy and even her children can be seen dressed in Gucci designs.

Her most recent post celebrated Couture Week and she said: “So many wonderful memories were created over the years at fashion weeks with our friends and family – thank you fashion industry for your creativity and passion which have added so much color and inspiration to our lives!”