Home » TV & Movies » Bridgerton: How did Rege-Jean Page get into character? ‘They were very intense’

Bridgerton: How did Rege-Jean Page get into character? ‘They were very intense’

Bridgerton went down a huge hit with fans when it landed on Netflix on Christmas Day 2020. The series is based on the Julia Quinn novels of the same name, with the first following Daphne Bridgerton (played by Phoebe Dynevor) and the Duke of Hastings (Regé-Jean Page). Staff from some of the locations filmed in the series spoke exclusively to Express.co.uk about how the Duke actor prepared for his role.

How did Rege-Jean Page get into character?

Bridgerton made it to the number one spot on Netflix just days after it landed on the streaming platform.

The raunchy and scandalous romance drama is set in Regency London and it follows the affluent families living in Mayfair as they attempt to find suitors.

Daphne is the eldest Bridgerton daughter and she is first in line to find a suitable husband.

She finds herself drawn to the Duke of Hastings, who has a certain reputation when it comes to women.

The Duke had been visiting Lady Danbury (Adjoa Andoh) who had acted as a parental figure following the death of his mother. 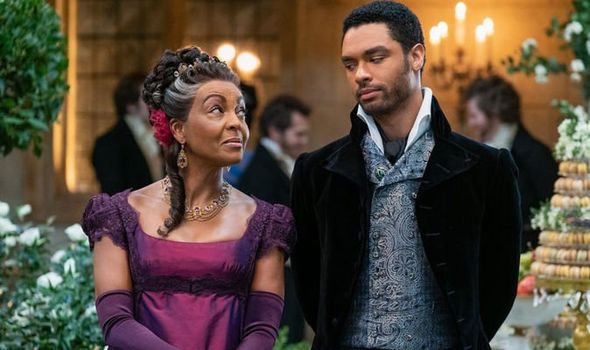 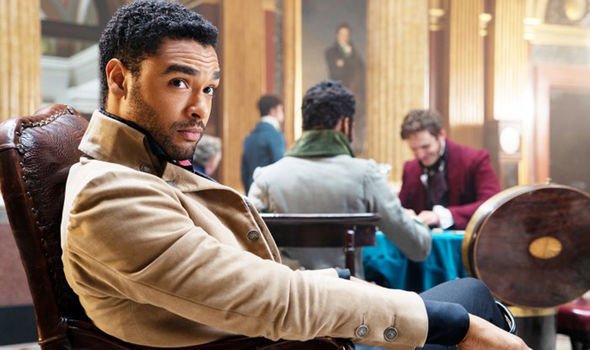 Lady Danbury was known for hosting spectacular balls and parties, where the prospective brides and grooms would meet.

Holburne Museum in Bath acted as Lady Danbury’s home and the staff at the museum saw plenty of action during filming.

Spencer Hancock, Head of Visitor Services at the museum, said Page and Andoh were particularly good at getting into character.

He said: “Everyone was very friendly and extremely professional. Everything moved incredibly quickly. We were lucky enough to be the home of Lady Danbury, so there were many scenes between Adjoa and Regé.

“They were very intense when in character and as soon as the cameras stopped rolling they were extremely friendly and fun.” 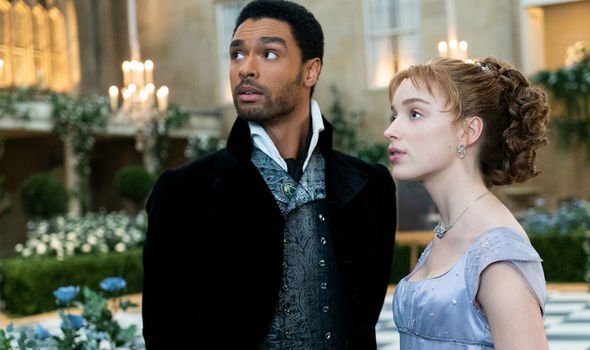 The star had previously explained how he started with the books before moving on to the costume department.

His conversations with the costume creators helped him envisage Simon as a character before he had acted out the role.

Both the costumes and the locations were praised by fans who felt immersed in the Regency London setting.

Hancock continued: “All the scenes at the Holburne were filmed at the front facade of the building and the just inside the front entrance.

“We really enjoyed all the carriages arriving at the front of the building. It gave you a really good sense of how it would have felt back then.” 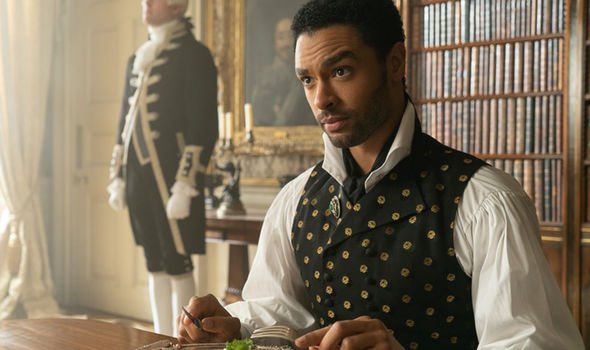 He said a huge amount had to be done to the museum in order to create the right aesthetic, but it was done so sensitively they hardly noticed.

He said: “Thousands of roses were placed in the rose bushes and across our balcony. Huge urns lined the driveway. All our windows had to have net curtains hung in them and large lights were placed behind each window. All signs were covered in a material to match the Bath Stone. The front corridor was transformed from a museum entrance to a Regency home with large cloths and oversized candlesticks. The props department did an incredible job. We really enjoyed seeing the different simple materials they used to make such changes.”

Hancock admitted there had been some nervousness due to the nature of the objects and paintings. The crew, however, were incredibly experienced and respectful.

The museum had a small number of the main cast inside, including some of the Bridgerton children and the Featherington sisters.

The hotel said: “To our mind, they showed off Bath’s best asset – our iconic Georgian curves!

“We loved it, it perfectly married the beauty and grandeur of Georgian architecture with the opulence of Georgian fashion; we found ourselves watching first for the setting, and then for the costumes.

“It didn’t take itself too seriously, and touches such as the modern music made it feel very fresh and different.

“What we loved most was the sense of fun that permeated the whole show. In the Georgian era, Bath was perhaps known best for its socialising, from the promenading to the balls to the taking of the waters – everything was geared around discovering who knew what about whom, and we think the show succeeded in conveying this excitement.

“Another thing we noticed the show did really well was its focus on the ritual of hospitality; people called on each other constantly, so there were high expectations around the procedure of welcoming and entertaining guests.

“Here at the hotel, we still use the original drawing room of the building as a place to welcome our guests – it is very important to us to keep the spirit of Georgian hospitality alive.”

Bridgerton is streaming on Netflix