BBC Breakfast viewers were treated to a few jokes this morning from Naga Munchetty but her co-star Charlie Stayt was left in a state of “despair” when he failed to find them funny. But Naga, ever the good sport, rallied on and tried to win him over, but even she was left “having a hot sweat panic” when the punchline didn’t land.

Earlier in the programme, Naga turned to her co-presenter and asked: “Are you good at telling jokes, Charlie?”

After he failed to answer her, she continued: “It wasn’t a trick question!”

“I know, but I’m already starting to despair,” he replied and Naga said: “Are you why?”

He avoided her question: “Are you [good at telling jokes]?” 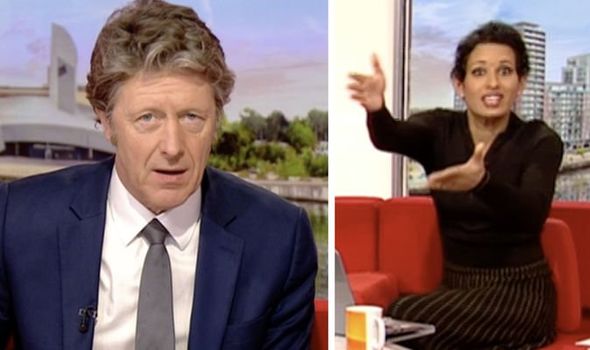 “Which camera are you going to be on?” Charlie remarked and Naga commented: “No, no, no, no, I’m not doing that.”

“On camera five!” Charlie continued but Naga explained: “I’m one of those people when I think the jokes really funny, I get it out really quickly and get the punchline out first.”

“You start laughing before? Well, at least one person is enjoying the joke that way round,” Charlie remarked. 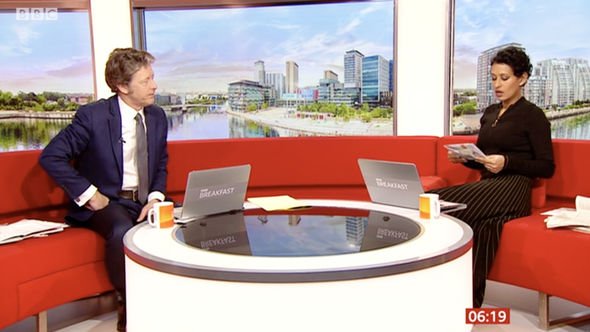 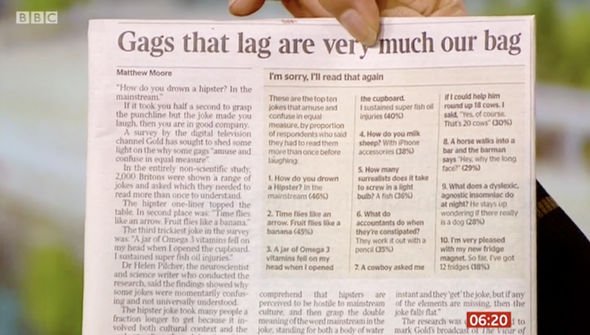 “Well, so, it’s just a piece, there’s been a survey by a television channel, trying to shed some light why some jokes, gags, amuse and confuse in equal measure,” Naga detailed holding up a newspaper clipping.

“I love the way this is written; ‘In the entirely non-scientific study, 2000 Brits are shown a range of jokes and asked which one do they need to read more than once to understand.’

“The top joke which confused people the most was ‘How do you drown a hipster?’ In the mainstream. It took me a couple of times. Did you get it?”

“I think so,” Charlie said keeping a straight face, and Naga asked: “Did you find it funny?” 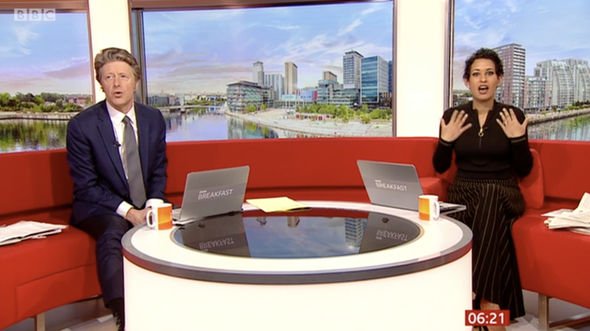 Charlie then turned to those in the studio and said: “Can we have a sound effect for tumbleweed?”

“You do tumbleweed perfectly,” Naga interjected. Charlie added sarcastically: “Do some more jokes. That’s what the nation needs.”

And she did just that: “Okay, here’s one; ‘A jar of Omega three vitamins fell on my head when I opened the cupboard, I sustained super fish oil injuries.’ Can we just move on?”

There was silence in the studio before Naga exclaimed: “Our floor manager laughed.

“Do you know what’s not happening, I’m now having the hot sweat panic that I just need to move on! I’m feeling exposed. We’ve not got 20 minutes.”

“It actually went better than I expected,” Charlie concluded.

BBC Breakfast airs everyday at 6am on BBC One.