CORONATION Street fans were left fearing for Nina Lucas' life after she turned to alcohol and shoplifting to cope with Seb Franklin's murder.

In tonight's episode viewers saw Nina knock back vodka as she headed on a downward spiral in the wake of her boyfriend's death. 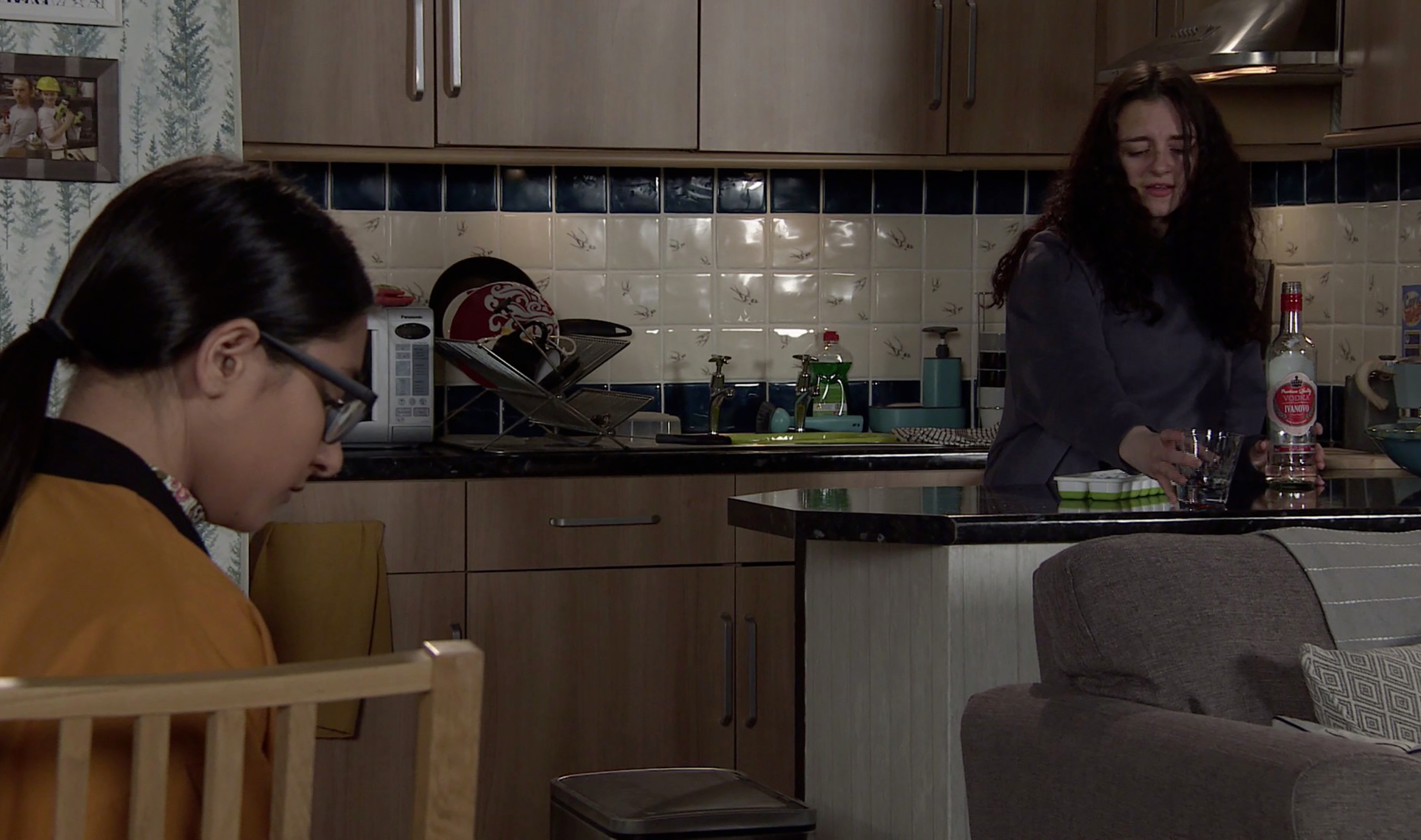 Seb was murdered in an unprovoked hate crime last month targeting both him and Nina because she was dressed as a goth.

Viewers watched as Nina confided in Asha that she can’t stop blaming herself for Seb’s death.

When Billy and Roy asked Nina to speak to Summer – who’s struggling to eat or sleep after the incident – Nina snapped at her and pointed out how much tougher it is for her.

Nina argued that she should have picked her friends more carefully, but Roy disputed it saying that she made a simple "error of judgement". 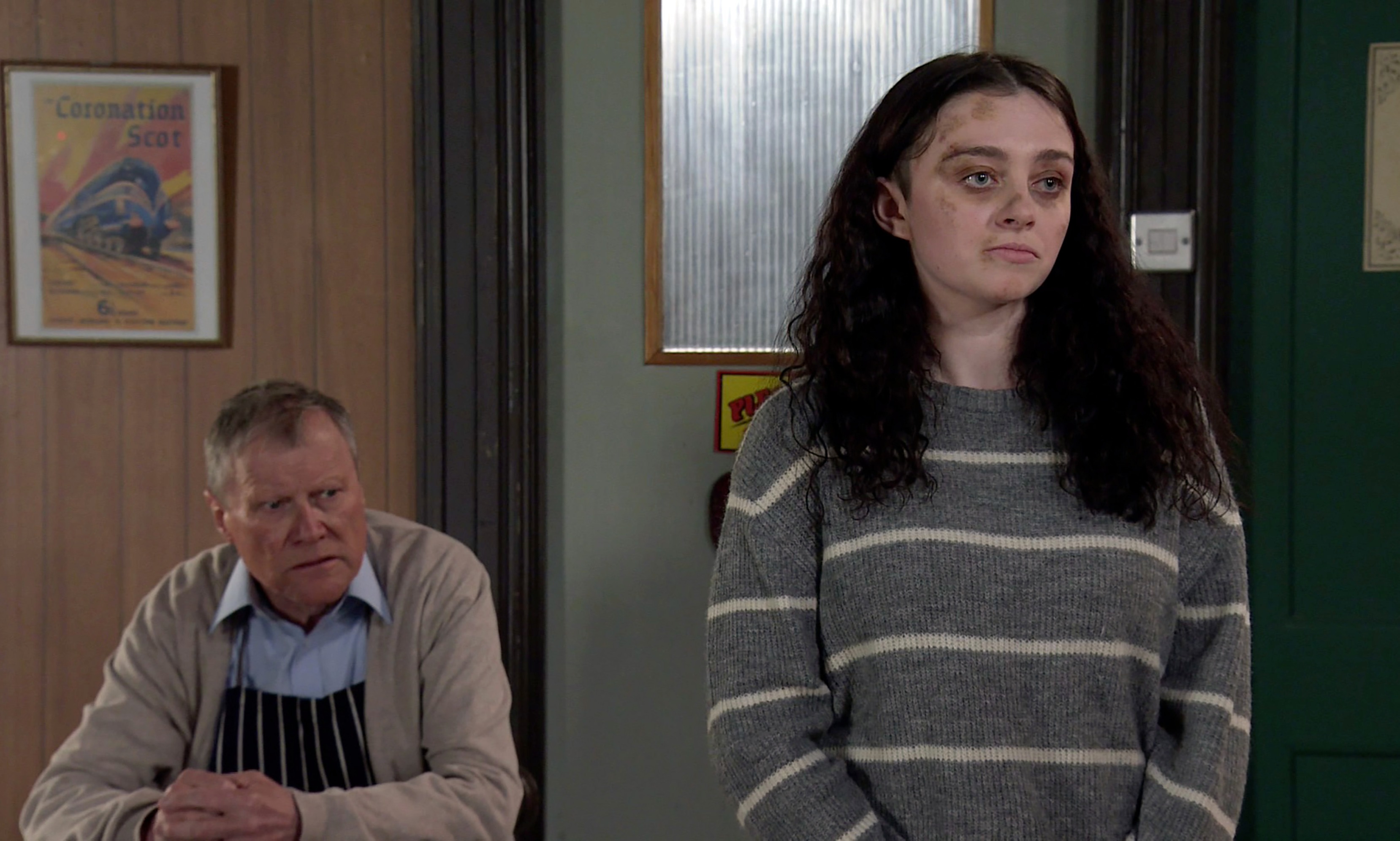 He explained: "I thought you might talk to her…if anyone could relate to how she's feeling then we thought it might be you.

"Putting that night aside you both know what it's like to lose a father at such a young age and have to start again.

"Enough people have suffered because of this tragedy, some of them deservedly so but not Summer, she's not like the others and I think you know that."

Later, Nina called into the corner shop and, while Dev wasn't looking, she stole a bottle of vodka. 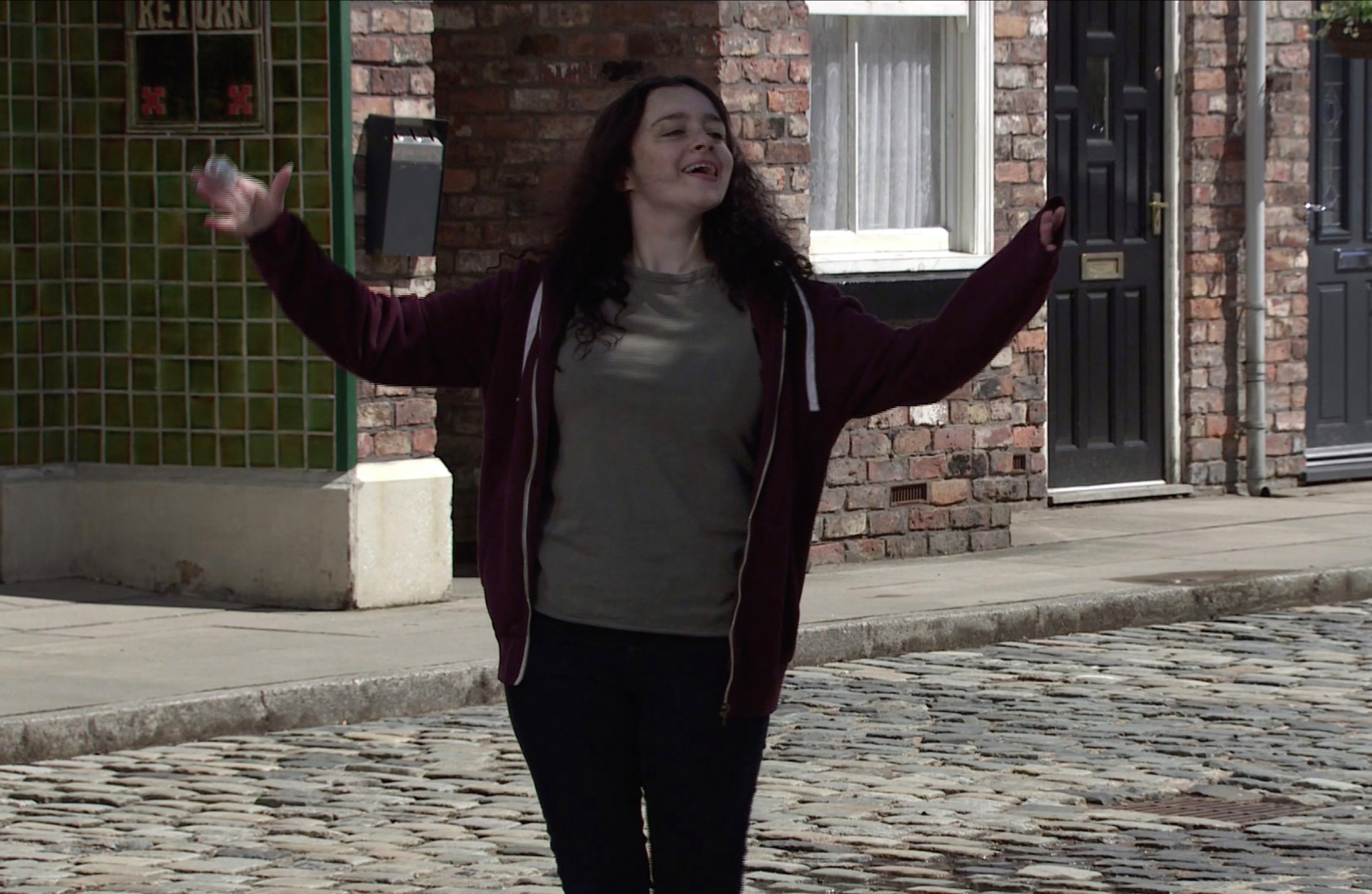 A visibly drunk Nina then paid Summer a visit and suggested she and Asha join her for a drink.

While pouring the vodka, she told Summer that they can't change what happened, but has found a new way to deal with her grief.

As the drinking got underway, Nina cut herself but refused help and stormed off, leaving Asha and Summer worried about her.

A frightened Asha and Summer were left with little choice but to leave Nina to her own devices, after she insisted they didn't follow her.

Viewers then watched Nina continue to drink in a ginnel as she drowned her sorrows.

Corrie fans took to social media to share their concerns for Nina's safety. 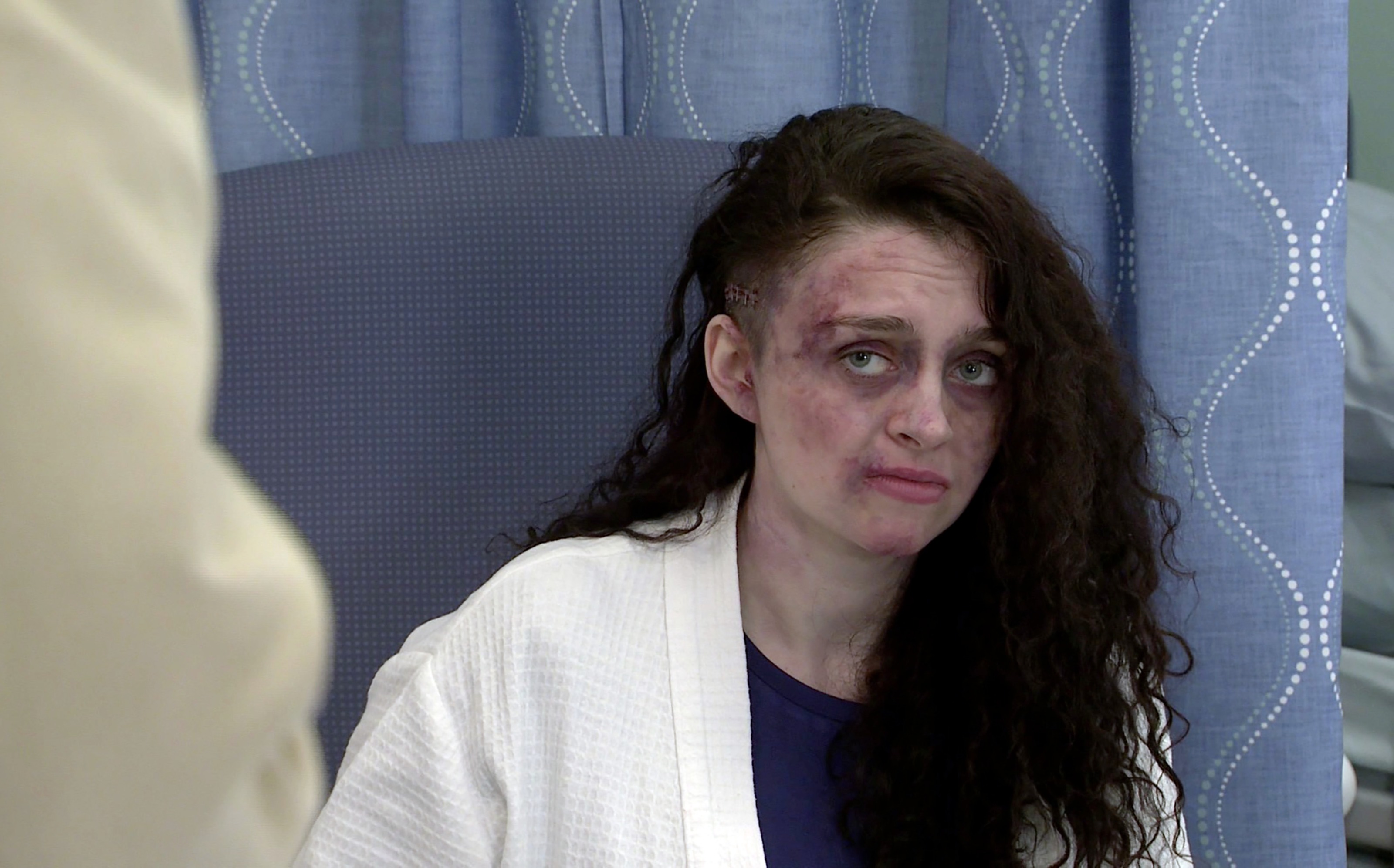 One worried viewer wrote: "Nina needs to stop doing this. 😭💔
Drinking is not the answer to your grief Nina. 😭💔💔#Corrie"

Another posted: "Aw Nina drinking is not the answer🥺💔 How incredible is @molgallagher11_ what a talented actress👏👏 #Corrie"

A third added: "Nina's self destruct button has truly been pushed!!"

Earlier this week, viewer rejoiced as teenager Corey Brent was charged with Seb's murder, but was left disappointed when he was granted bail.