Eileen (played by Sue Cleaver) had to keep up the pretence during Monday’s double-bill of Coronation Street she had no idea where her “missing” son Todd Grimshaw (Gareth Pierce) could be, although she knows he is very much alive and hiding from a notorious gangster. With most of the cobbles believing the former Weatherfield resident could be six feet under, the mother-of-two was struggling to go through with the troublemaker’s scheme to make it seem as if he had died. Cracking under the pressure, the ITV soap stalwart told Mary Taylor (Patti Clare) the truth, who in turn went on to tell undertaker George (Tony Maudsley) who just so happened to know the man going after Todd. With rumours circulating he could be Eileen’s new love interest, could history repeat itself as she falls for the bad guy once again?

The mother-of-two has never had much luck when it comes to romance, with her ex-husband Pat Phelan (Connor McIntyre) being a serial killer and her ex-boyfriend Jan Lozinski (Piotr Baumann) being a police informant to bring down a human trafficking ring.

Though, with George being the son of one of the most beloved character’s of Weatherfield past, she could have finally found Mr Right.

After Mary told George about Todd’s predicament – not knowing Eileen was listening in – the undertaker explained he actually knew the gangster as someone he’d done business with in the past.

“I know him. I arranged his brother’s funeral last year – he was a drug dealer – killed in a turf war,” the newcomer said. 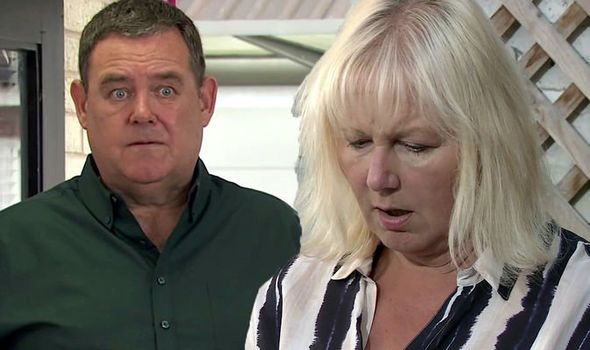 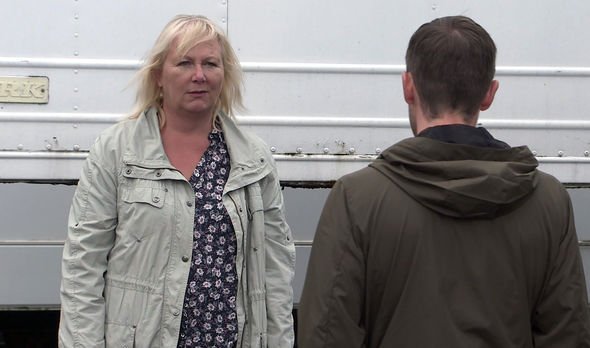 “Well, Todd really has dropped himself in it this time,” Mary told Eileen, who looked more distraught than ever her son could be in real danger.

George didn’t help matters as he continued: “Mick’s a total psycho. He knows how to bear a grudge. If he’s got it in for Todd, I don’t blame him for trying to play dead.”

Although it might have seemed like the undertaker was offering a friendly warning, he could be working alongside the gangster and be targeting the matriarch of the Grimshaw clan.

Painting the dangerous character as a killer, he could be getting the stalwart on side so he can get closer to her bank accounts. 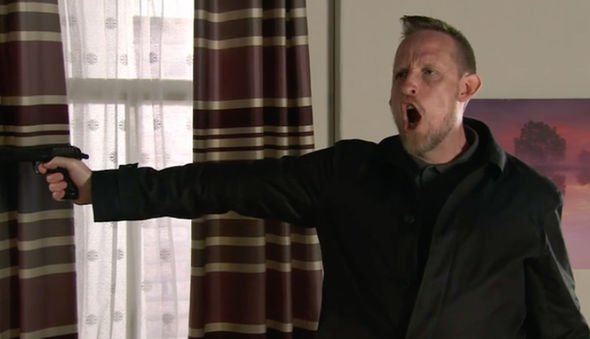 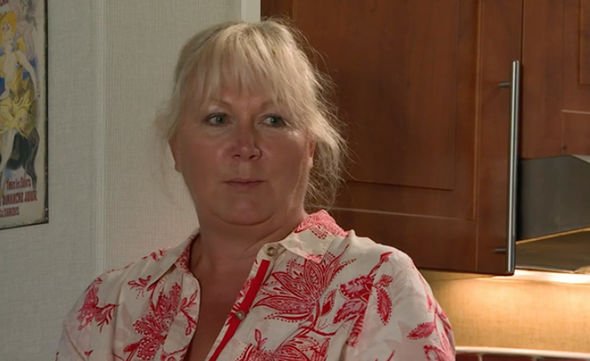 By the end of the second trip to the cobbles, the mother-of-two came face-to-face with her son again and discovered he owed the gangster £1,000.

The taxi-firm phone operator couldn’t believe the dangerous vigilante wanted Todd dead for a grand, believing it to be much more.

However, with George’s help, could the gangster get his hands on a lot more cash than he is demanding from Todd?

Wednesday’s episode of the cobbles-based soap will see Eileen in dire straits as the vigilante turns up at her house, armed with a gun.

A preview clip from the upcoming instalment sees the gangster enjoying a cup of tea whilst Eileen desperately pleads for her son’s safety.

Though, her plan to make it seem like she doesn’t know where Todd is falls through as her unwelcome guest hears floorboards creaking as it will emerge her son has been hiding under her roof.

With the gangster threatening her with a gun, history begins to repeat itself for the soap stalwart as she was held hostage by her ex-husband Phelan two years ago.

Viewers will have to wait and see what happens, but with Todd featuring in upcoming plot lines, it’s fair to say the pair will make it out their ordeal unharmed.

It’s more likely the gangster will flee the cobbles as he tries to avoid being arrested or caught by the police for his dodgy dealings.

This would leave his associate George in line to nestle himself into the family and get closer to Eileen so the vigilante gets more money than he was demanding.

If the mother-of-two were to realise she was in a relationship with a conman, the trauma of her past romances could come back to haunt her.

However, not wanting another man to get away with betraying her, will Eileen take action to ensure she’s never wronged again?

END_OF_DOCUMENT_TOKEN_TO_BE_REPLACED

END_OF_DOCUMENT_TOKEN_TO_BE_REPLACED
Recent Posts
We and our partners use cookies on this site to improve our service, perform analytics, personalize advertising, measure advertising performance, and remember website preferences.Ok