At the start of the month, Nina Lucas (played by Mollie Gallagher) and her boyfriend Seb Franklin (Harry Visinoni) were brutally attacked by a group of teens led by Corey Brent (Maximus Evans) and Kelly Neelan (Millie Gibson), and heartbreaking scenes saw Seb dying of his injuries. Coronation Street writers worked closely with the Sophie Lancaster Foundation, a charity set up by the mother of murdered teenager Sophie Lancaster, who was killed for the way she looked. Sophie’s mum Sylvia chatted with Express.co.uk and other publications about the way she worked with ITV to explore the story and do it justice.

Sophie was a 20-year-old student when she and her boyfriend Robert Maltby were attacked.

Talking about her initial reaction to the news, Sylvia Lancaster said: “I couldn’t believe it.

“Why on earth would somebody want to attack that girl? Who was so pleasant, so caring – it just didn’t make any sense.

“And Rob as well, they were both very creative, very sensitive – so I think that your initial reaction was why?” 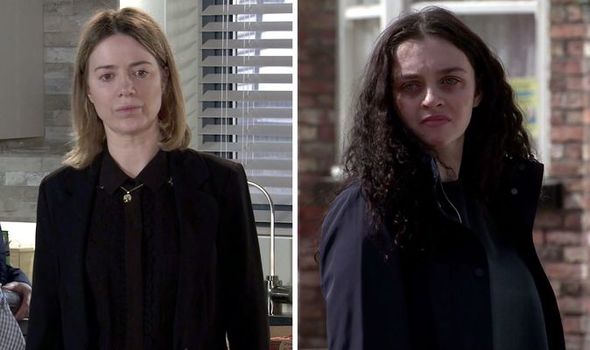 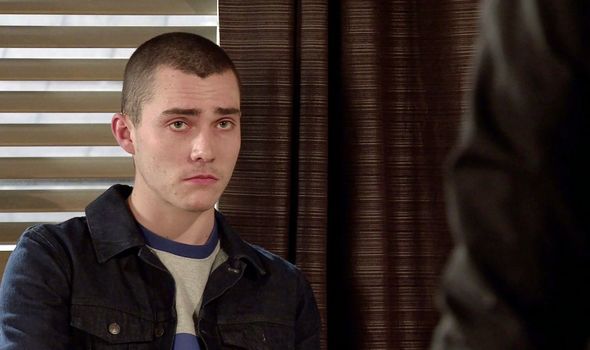 Talking about the moment she was approached by Coronation Street about the story, Sylvia said: “You can imagine, can’t you?

“You’re sat there one day, a Wednesday afternoon, and you get an email from Coronation Street, that says you know we’d like to speak to you can’t believe it, really.”

She added that she was “thrilled to bits” and that the story was done in a very professional way.

When asked how Sophie would have responded to the storyline, Sylvia said her daughter would be proud. She added: “She’d be astonished. She’d be a bit giggly about it as well I think.” 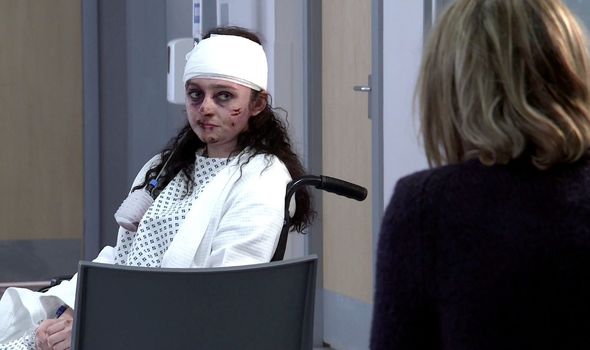 Writer Iain MacLeod explained why they decided to explore the hate crime story.

He said: “How it came about was – a couple of years ago it must have been now – a story of this type was floating around the writers’ room, and it just felt like it was something that really needed to be told.

“It felt like something that sits very well within the soap genre and we don’t set out to change the world, we can be quite an agenda-setting genre.

“And it felt like the message of the story around tolerance and inclusion, and the need for more of that – more so now than ever -was incredibly pressing.”

He continued: “So, in fact, as far back as the introduction of Nina, we knew this was the direction that the story was going to take, so it all began with the death of Roy’s mother.

“It was some years ago now and it sort of led to the introduction of Nina, specifically with a view to embed her in the show and have the audience get to know her and really fall in love with her and understand her relationships with everybody on the street and with Roy.

“And we embedded her as deeply in the show as we possibly could, with a view to doing this story at a point where we thought it would be really powerful. You know the character that people would fall in love with over a number of years, being in the middle of something so heartbreaking and tragic.”

Since her daughter’s death, Sylvia has set up the Sophie Lancaster Foundation, which provides education to challenge prejudice and intolerance.

She spoke to Nina actress Mollie to get more of an understanding about the storyline and said: “It was lovely to speak to Mollie and to also see that actually she’s quite alternative in real life when she’s not playing Nina.

“But I think interestingly what’s happened is that people took Nina to their hearts, and that’s lovely because obviously people are looking behind the image and looking behind the clothes and seeing the person, which is a massive part of the work that we try to do.”

Coronation Street continues on Friday at 7.30pm on ITV.