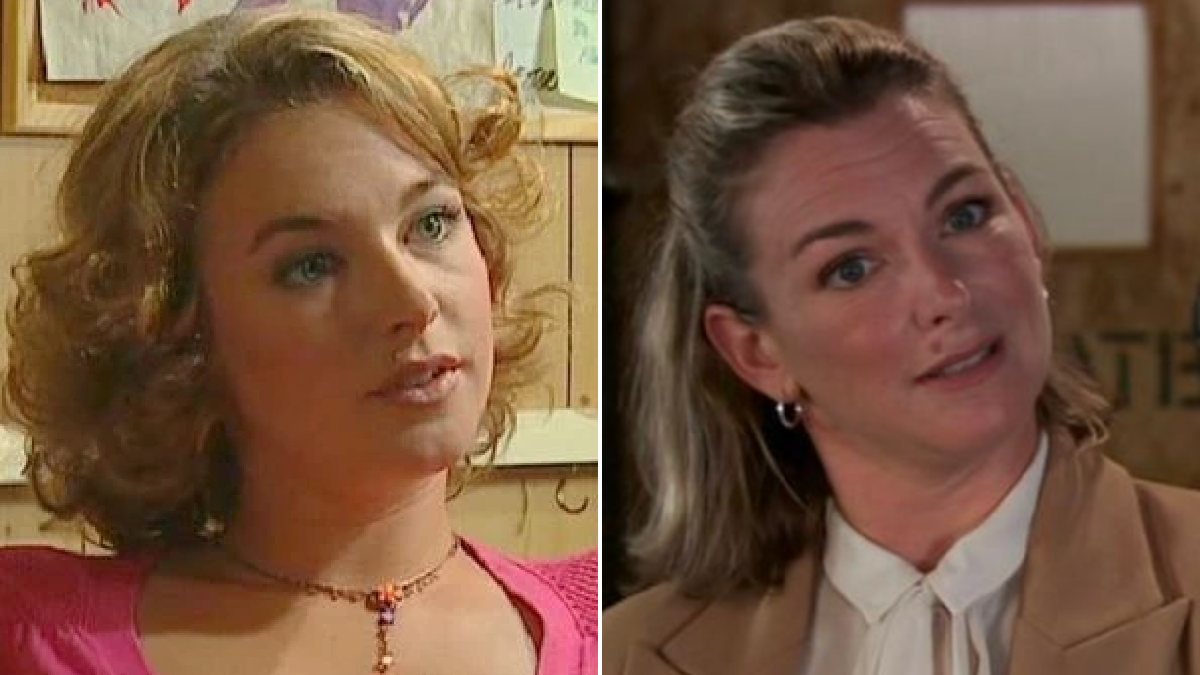 Tyrone Dobbs wasted little time in giving Coronation Street newcomer Penny a piece of his mind, after she neglected to invite Hope Stape to her child’s birthday party.

Viewers were quick to heap praise on Ty for sticking up for his little girl, but some were distracted by Penny, as they recognised actress Emma Stansfield.

But how? Penny made her debut last night, right?

This is true, but it turns out that Penny isn’t actually Emma’s first time on the cobbles, as she previously played the role of Ronnie Clayton.

Ronnie was actually a regular character, appearing in the ITV soap between 2005 and 2006, popping up in a total of 56 episodes.

As viewers recalled, Ronnie worked in the cab office with Steve McDonald, and even embarked on a romance with the Weatherfield lothario.

But her biggest storyline saw her kill someone in a shocking hit-and-run. In a bid to get away with the crime, she pinned the blame on Steve!

Steve, however, was able to clear his name when he confessed to sleeping with Kelly Crabtree on the night of the incident, meaning that he couldn’t have been driving the car.

Ronnie, therefore, was eventually arrested for the crime.

‘Wasn’t the actress playing Penny in Corrie the same actress who played Ronnie who worked in the taxi office a few years back?’, noted one fan following Penny’s appearance in last night’s episode.

Thought that Penny looked familiar, she was in #Corrie years ago as Ronnie.

‘Ronnie Clayton back in Corrie,’ exclaimed another Corrie watcher. ‘what will Tracey say when she sees her? Look out, Steve.’

A third viewer also recalled Ronnie, writing: ‘Thought that Penny looked familiar, she was in #Corrie years ago as Ronnie.’