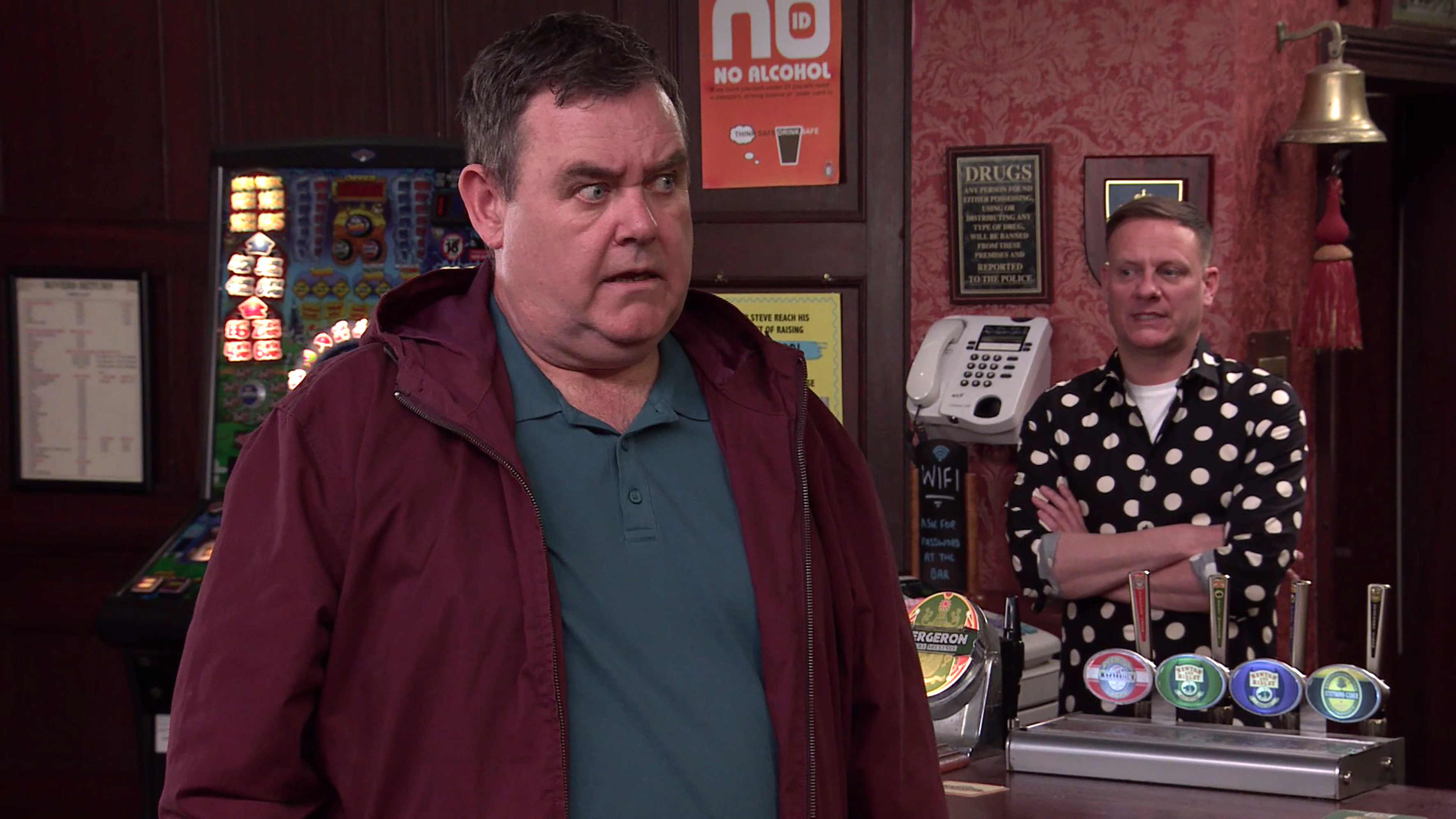 Just when you thought that Pat Phelan was a distant memory, Benidorm, Harry Potter and The Job Lot legend Tony Maudsley has told Metro.co.uk that Eileen Grimshaw’s (Sue Cleaver) killer ex will come back to haunt her in Coronation Street.

Funeral director George is currently trying to woo Eileen but he is about to make a costly mistake which could jeopardise his future with his new love interest after the past leaves her haunted.

Tony teased to Metro.co.uk: ‘George is innocent, he gets embroiled in it. He hides something from Eileen which gives her the biggest shock of her life; I don’t know why he doesn’t expect such a big reaction. Yes, he is landed in hot water, poor George. This does involve one of Eileen’s most murderous old flames.’

Yikes, a hard thing to get past. But Tony is confident that there is a glorious future for George and Eileen.

He smiled: ‘I am more than happy to leave it to the writers but you know, eventually I would love a big fat wedding, full of disaster, with Eileen having to travel in a hearse and everything going wrong but still packed with love.

‘Nothing subtle, something big and mad. I would love a comedy wedding; there’s a brilliant moment around Christmas relating to a gift. It’s absolutely brilliant (laughs). Poor George gets in trouble again!’

He added: ‘I think Sue has been deprived of comedy for so long. She has such a naughty twinkle in her eye and it’s about time writers used that. It’s nice to see a smile; I think Eileen and George will be great together and I hope they continue to do that. And I love working with Sue!’

And fans are clearly enjoying the love story laden with mishaps.

Tony enthused: ‘I read tweets and chat with Corrie fans and they feel they are the next couple. Someone likened us to Jack and Vera which is the biggest compliment I could ever hope for. To partner someone up with a character of 20 years, they have to be careful as the audience are protective of her and they won’t stand for anyone just moving in on her.

‘So I have been glad that it was been slowly woven in. If he’d been in her house within a week, it would have made fans uncomfortable; it’s like someone suddenly moving in with your mother – “oh I’m not ready yet!”‘