The horror comedy, which launches early next year, follows a dysfunctional family that moves from the city to a small town, where they settle into a house in which terrible atrocities have taken place. The twist: No one seems to notice except for Pat (Cox), who’s convinced she’s either depressed or possessed. Starz released new photos from the upcoming series during the virtual summer Television Critics Association press tour on Thursday.

Cox plays former “wild child” Patricia “Pat” Phelps, who came to fame by publishing a raunchy, drug-and-alcohol women’s empowerment novel. Pat is clean and sober but unfulfilled 17 years later. Still struggling to finish her second novel, Pat isn’t having sex with her optimistic husband, Terry (Greg Kinnear), and her teenage kids are acting out. A faithful wife until she had an affair with the hot handyman who came over to fix the sink while her husband was at work, she makes a desperate attempt to save her marriage and decides to move the family into the large, old house in the suburbs. Everyone has demons, but for Pat, they may be real.

Cox said she wanted to be a part of of Shining Vale “for many reasons, starting with Sharon Horgan and [showrunner] Jeff Astrof — just such talented people.”

“I love to be scared and I love to laugh and this is such a unique combination of these two things, this genre I’ve never seen before,” Cox added during the virtual panel, which was broadcast from the Warner Bros. lot where they’re busy filming the finale. “It deals with real-life issues, family, infidelity, mental illness. It was just so rich and funny and great. And I was so exited to be considered.”

Earlier on Thursday, Cox shared photos on Instagram from the WB lot, the same place she spent a decade making Friends, holding a script of Shining Vale while lounging on the iconic comedy series’ couch. The actress acknowledged during the panel that she’s filming on one of the same stages as Friends for the Starz show, but isn’t using the same dressing room as before.

Cox revealed that she showed Friends co-stars Lisa Kudrow and Jennifer Aniston her new show over the weekend and “they were so scared they couldn’t watch.” “But Lisa has never seen anything [scary], like no Screams, nothing. She’s petrified of everything,” Cox said when asked why her Friends should check out Shining Vale. “I think because it’s funny and it’s different and unique and I think they’ll want to see their friend do something different.”

Additional cast members include Mira Sorvino as Rosemary, who is either Pat’s alter ego, a split personality, her id, her muse or a demon trying to possess her; Merrin Dungey as Kam, Pat’s oldest friend and book editor, as well as Gus Birney and Dylan Gage as Gaynor and Jake, Pat and Terry’s teenage kids.

Check out the first photos from Shining Vale below. 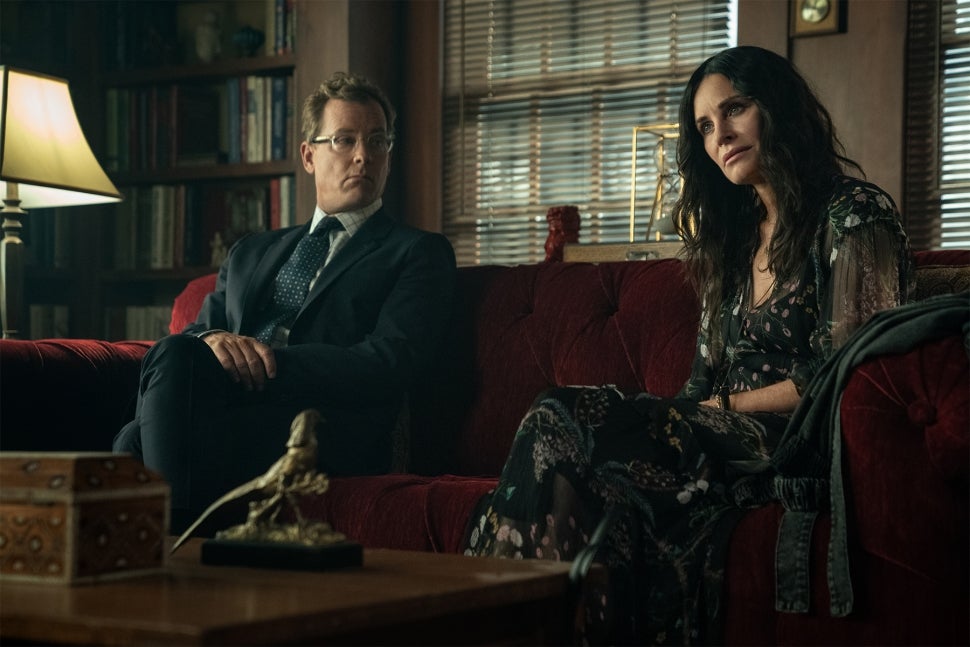 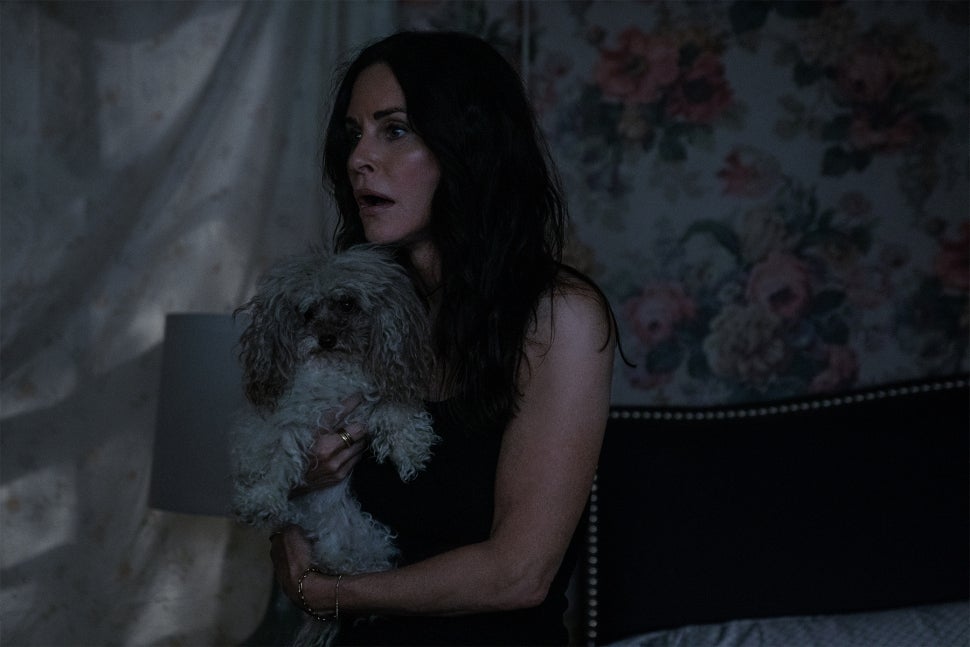 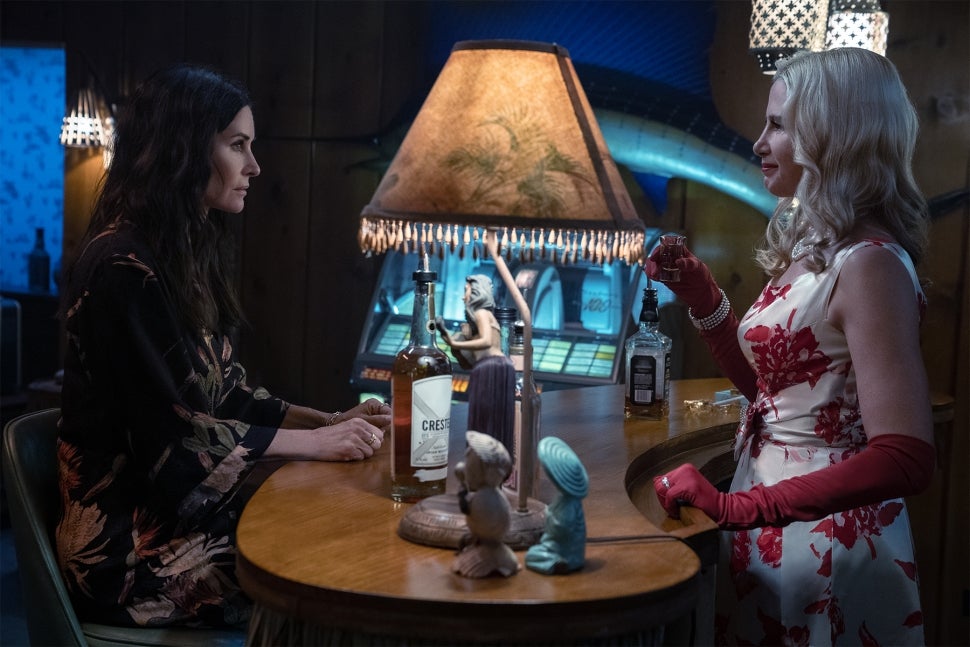 Shining Vale premieres in 2022 on Starz.

To stay up to date on breaking TV news, sign up for ET’s daily newsletter.