The COVID-19 pandemic has put movie theaters in an existential battle unlike anything they have ever seen, permanently changing how films are released and how soon people can watch them at home. While theater owners are confident that the big-screen experience will draw millions back as theaters reopen in the coming months, the industry must adjust after studios killed the 90-day period of exclusivity that theaters had fought so long to preserve.

That 90-day theatrical window has been supplanted by a more complicated formula that will depend on the studio and the type of film, analysts say. In recent months, Warner Bros. has moved its entire 2021 slate to a day-and-date release format in theaters and HBO Max simultaneously, while Paramount announced less drastic plans to release upcoming blockbusters like “A Quiet Place — Part II” on its new Paramount+ service 45 days after theatrical release.

“There’s a real chance that we could see studios handle a mid-budget comedy or a $20 million drama much differently than they handle a ‘Jurassic World’ or a ‘Top Gun’ film,” Comscore analyst Paul Dergarabedian told TheWrap. “There’s a lot of incentive to do that now as studios still aren’t entirely sure how fast theaters will return to normal business this year, and who knows what could happen in 2022 and beyond.” 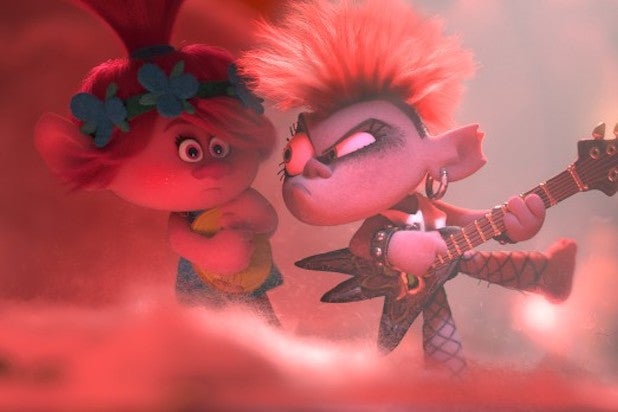 Looking back, Universal fired the first shot just days after theaters shut down across the U.S. On March 17, 2020, the studio announced that “Trolls World Tour,” a film initially set for theatrical release, would be made available as a premium video on-demand (PVOD) title. The response from movie theaters was swift, headlined by AMC Theatres threatening to blacklist Universal films from its screens.

But on July 28, the theater chain announced a landmark deal with Universal, giving the studio the option to release a film on PVOD as early as 17 days after theatrical release in exchange for an undisclosed portion of the PVOD sales. Four months later, Cinemark signed on to the deal, negotiating a new theater-friendly clause that would guarantee 31 days of theatrical exclusivity for any Universal blockbuster that earned over $50 million in its opening weekend. The message was clear: theaters recognized that they no longer had the leverage to keep the 90-day window intact, and the larger chains were now making efforts to shape whatever comes in its place in their favor.

To date, Universal is the only studio that has made a public deal with theater chains on a shortened theatrical window. Warner Bros.’ HBO Max move was met with strong opposition from theater chains, but relations have calmed at least for the moment as Warner Bros. has offered theaters a larger-than-usual share of ticket sales on the films getting a same-day streaming release.

Even if theaters wanted to play hardball with Warner — as AMC threatened to do with Universal over “Trolls World Tour” — the chains are currently focused on reopening as quickly as possible and need as many major studio films as they can to get people back in seats.

But while the financial catastrophe of the past year has cost theaters a lot of leverage — AMC, the nation’s largest chain, on Wednesday reported $4.6 billion in losses for 2020 — there are still some lines they won’t allow studios to cross. Last weekend, Cinemark, along with a few regional chains like Harkins Theaters, refused to screen Disney’s “Raya and the Last Dragon” after the studio refused to match Warner Bros. terms for allowing theaters to get a bigger cut of ticket sales. (While Disney is still releasing some films exclusively in theaters, “Raya” debuted day-and-date as a premium PVOD title for Disney+ subscribers.)

As a result, hundreds of theaters went without the animated film, with rival distributors estimating that the screen loss cost the film between $1.5 million and $2 million in potential ticket sales. The film grossed $8.4 million in theaters where it did play.

It’s an example of the complicated dance between studios and movie theaters as the industry tries to get back to normal this summer. “We put out a very clear statement that we were not willing to let WB advantage its streaming service at AMC’s expense…you may have noticed that we are playing WB’s films now,” AMC CEO Adam Aron said in an earnings call on Wednesday. “Now, we never discuss our film terms publicly, but you should properly assume if we are playing Warner movies, we came to an agreement with Warner that any changes in their strategy are doing ways where AMC shareholders benefit rather than being penalized. We are willing to engage with every major studio on the same topic.”

Each studio has a different strategy for releasing movies in a post-pandemic world, one that often changes from film to film. Disney, for example, is trying the theatrical/PVOD hybrid strategy with “Raya” right now, but CEO Bob Chapek on Tuesday reaffirmed that Marvel Studios’ “Black Widow,” arguably Disney’s biggest blockbuster of 2021, is still aiming for an exclusive theatrical run. But he didn’t say whether they would follow Paramount’s path and try to get the film on Disney+ less than 90 days after its scheduled May 7 release.

Universal is also showing flexibility within the relatively stable parameters set by its AMC/Cinemark deal. Insiders have told TheWrap that the studio isn’t planning to put every film on PVOD as soon as the deal allows. If a film is showing legs at the box office — Jordan Peele’s 2017 breakout “Get Out” grossed only one fifth of its total U.S. box office on opening weekend — Universal would strongly consider delaying PVOD release and letting the theatrical run continue.

So far, it’s Paramount’s plans for a 45-day window that seem to be the most ideal for theaters. That would give films seven weekends in theaters, by which point most films make well over 90% of their total grosses. Paramount’s “Mission: Impossible — Fallout,” for example, made $212 million of its $220 million domestic gross within the first 45 days in theaters.

But Paramount, which was starting to rebound from a poor 2019 box office when the pandemic hit, isn’t in the same position financially as other major studios. As the streaming battles intensify between Paramount+, Disney+, HBO Max, Peacock and others, there’s no telling whether studios with a deeper IP stable and more surefire box office hits will settle on where they’d like the theatrical window to end once the pandemic subsides and theaters finally get back to normal. Boxoffice analyst Shawn Robbins thinks there’s still a chance that the entire industry could coalesce around a generally-agreed theatrical window length, but that process would likely take at least the duration of 2021 and 2022.

“Nobody even knows how long it’s going to take for the box office to get back to what it was before, so studios are still going to want to navigate this period in different ways,” Robbins said. “For theaters, it doesn’t matter where the films come from. They just want them back on their screens.”