Dan Walker has confirmed when his final day on BBC Breakfast will be – and he’s only got six shifts left.

The presenter, who recently announced he’ll be leaving after six years on the red couch, will present his final show on May 17, in two weeks’ time.

Sharing the update alongside Sally Nugent, Dan, 45, said: ‘You know you keep asking me when I’m going? I can tell you now, officially.

‘That’s not many shifts left, is it?’ Sally asked.

‘If you discount this one, because we’re on it, it’s only six,’ Dan pointed out.

Speaking about the response he’s had from fans, the presenter went on: ‘Its reminded me how special this show is and how much everyone who watches it loves it. 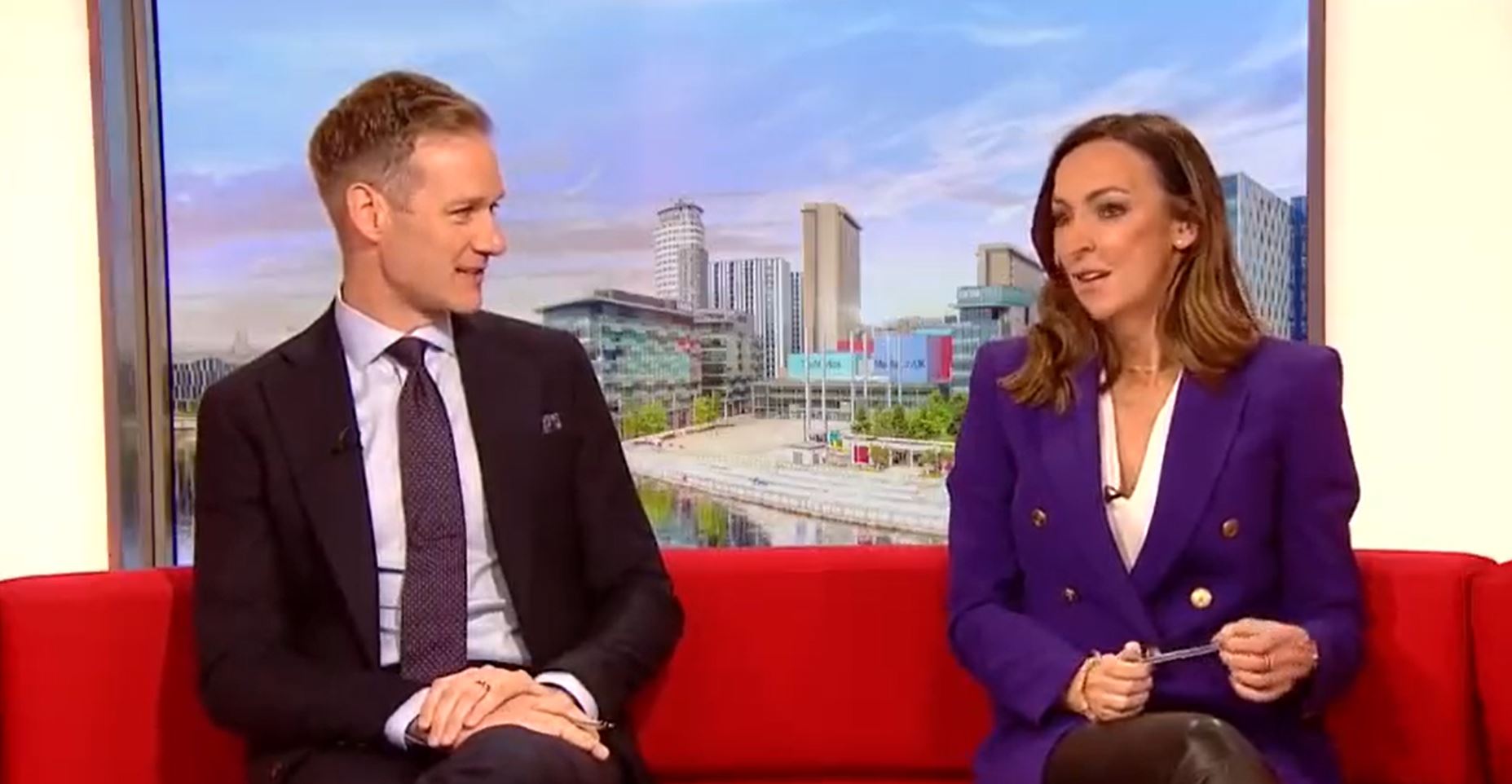 ‘So thank you so much to everyone who’s come up to me and said lovely things.’

Sharing the clip from the show, Dan added: ‘So… my final day on #bbcbreakfast will be 2 weeks today! (May 17th) It still feels a little surreal but @sallynugenttv has promised to bake me a goodbye tart

‘Thank you for all the kind comments. You’re all lovely.’

The star,, who joined BBC Breakfast in 2016, will be heading to Channel 5 to present the re-vamped 5 News, announcing his departure from the BBC last month.

He said at the time that it was ‘a massive decision’ for him to leave the BBC for his new role at Channel 5.

The move will also see him present a slate of new shows on the channel, including a range of brand-new non-news programming.

Dan joins Claudia-Liza Vanderpuije who co-presents 5 News, which is produced by ITN.

Speaking about the move, Dan said in a statement: ‘I can’t wait to get stuck into the daily news show, but I am also excited about making some great new TV for Channel 5.

‘I love their ideas and creativity and it’s rare to get an opportunity like this where paths and ambitions meet. The chance to do something different was too good to turn down.’

BBC Breakfast airs weekdays at 6am.