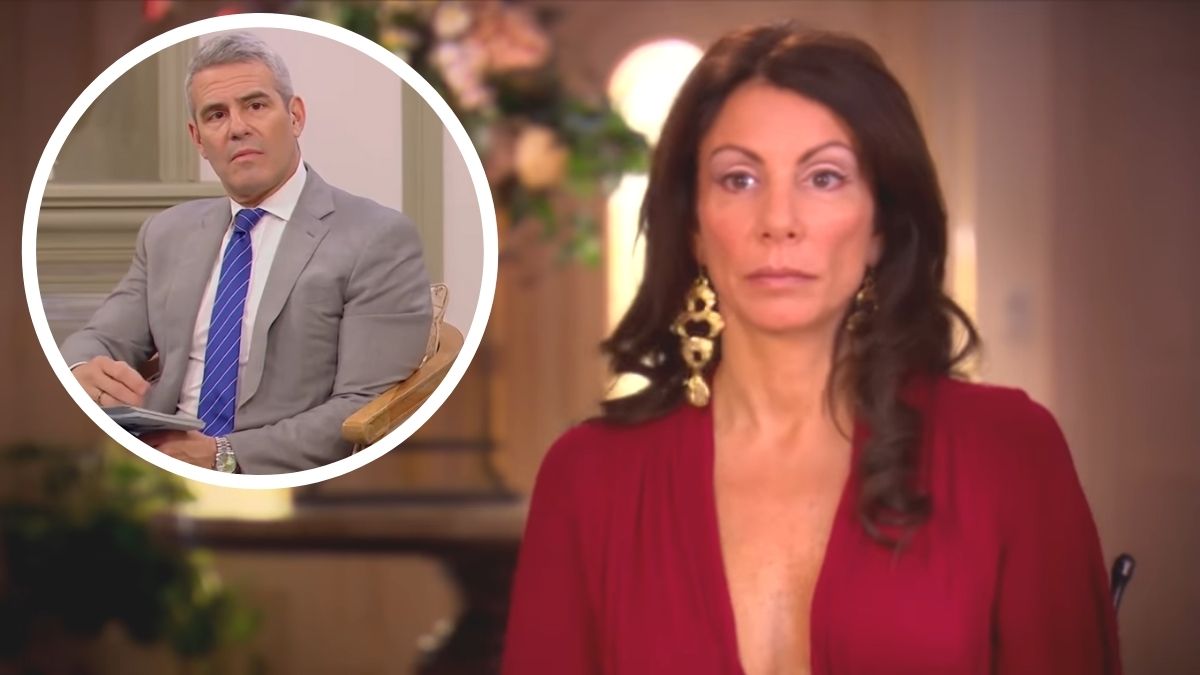 Danielle Staub is no longer a cast member on The Real Housewives of New Jersey, but she’s still stirring up a lot of drama.

This time, the Jersey girl has set her sites on Bravo producer, Andy Cohen. She recently made some eye popping claims against him and said that he has mistreated her over the years.

Now, in what seems like an act of retaliation, Staub is accusing Andy of using drugs and having Grindr parties.

While the Watch What Happens Live host has yet to respond to Danielle’s claims, he does have a defender on his side. Interestingly, it’s Danielle’s former publicist that’s vehemently refuting her claims against Cohen.

During a recent interview with The Blast, Danielle’s former publicist Steve Honig had a lot to say about her recent allegations.

Honig worked with Danielle for a very short time from 2018 to 2019, and he says the 58-year-old is not telling the truth.

“WWHL (What What Happens Live) and Andy were always respectful and professional toward Danielle and constantly went above-and-beyond to accommodate her needs and give her a voice,” he told the media outlet.

Steve added,  “She was always shown empathy and understanding and given a fair platform on which to express herself. I find her comments to be untrue and, quite frankly, disgraceful.”

Earlier this week, the former RHONJ cast member called out Andy in a lengthy post on social media.

She blasted the single dad for his supposed mistreatment of her over the years  and vowed to tell all about Andy while promoting her new podcast.

“I am no longer forced to walk into the Lions Den! Andy kept me in the dark long enough!” Danielle wrote on Instagram.

“You must’ve seen this coming and YOU know you were wrong, yet you continued. So for all the times you held me down and picked me apart instead of building me up and standing with me, for all the times you made me stand alone ‘kept me in the dark,’ may you tread lightly in your own darkness.”

And during the podcast, the highly controversial reality TV personality continued her angry rant about the WWHL host.

“Is Andy ready for his son to know who he is? Because the Andy I know would hit up Grindr and go on three or four Grindr dates an evening – and these are people who are pretty reputable sources.”

And Danielle wasn’t done yet.

“I don’t even want to talk about the drugs and the partying, not now anyway, but we can get back to that,”  shared the mom-of-two.

So far, Andy Cohen has not responded to Danielle’s allegations.

The Real Housewives of New Jersey is expected to return in late 2020.

END_OF_DOCUMENT_TOKEN_TO_BE_REPLACED

END_OF_DOCUMENT_TOKEN_TO_BE_REPLACED
Recent Posts
We and our partners use cookies on this site to improve our service, perform analytics, personalize advertising, measure advertising performance, and remember website preferences.Ok