DAVINA McCall has issued a warning over a website she found her daughter using that saw explicit pictures sent to them.

She said she went on Omegle, a chat site for strangers, with her 16-year-old daughter Tilly to see what it was like — and within minutes men sent images of themselves performing sex acts to her girl. 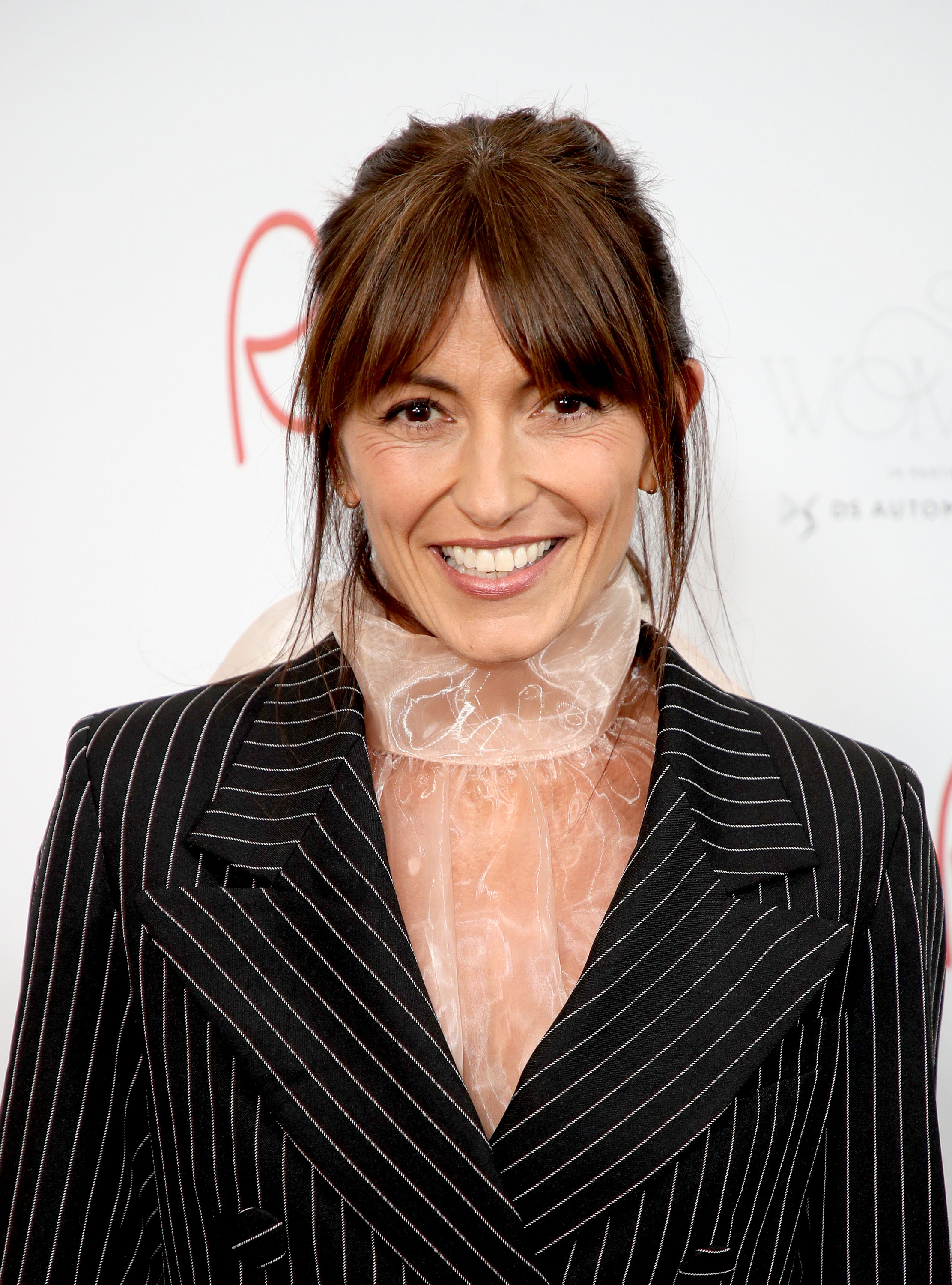 She said: "My daughters were howling with laughter the other day and they went on a website called omegle.com

"If you are a parent and you have children under the age of 16 you need to be checking their computers that they are not going on Omegle because this is the most dangerous site I have ever seen.

"So let me explain what it's called, it's Omegle and their whole strapline is 'talk to strangers' – so red f***ing, excuse my language, flag right there. 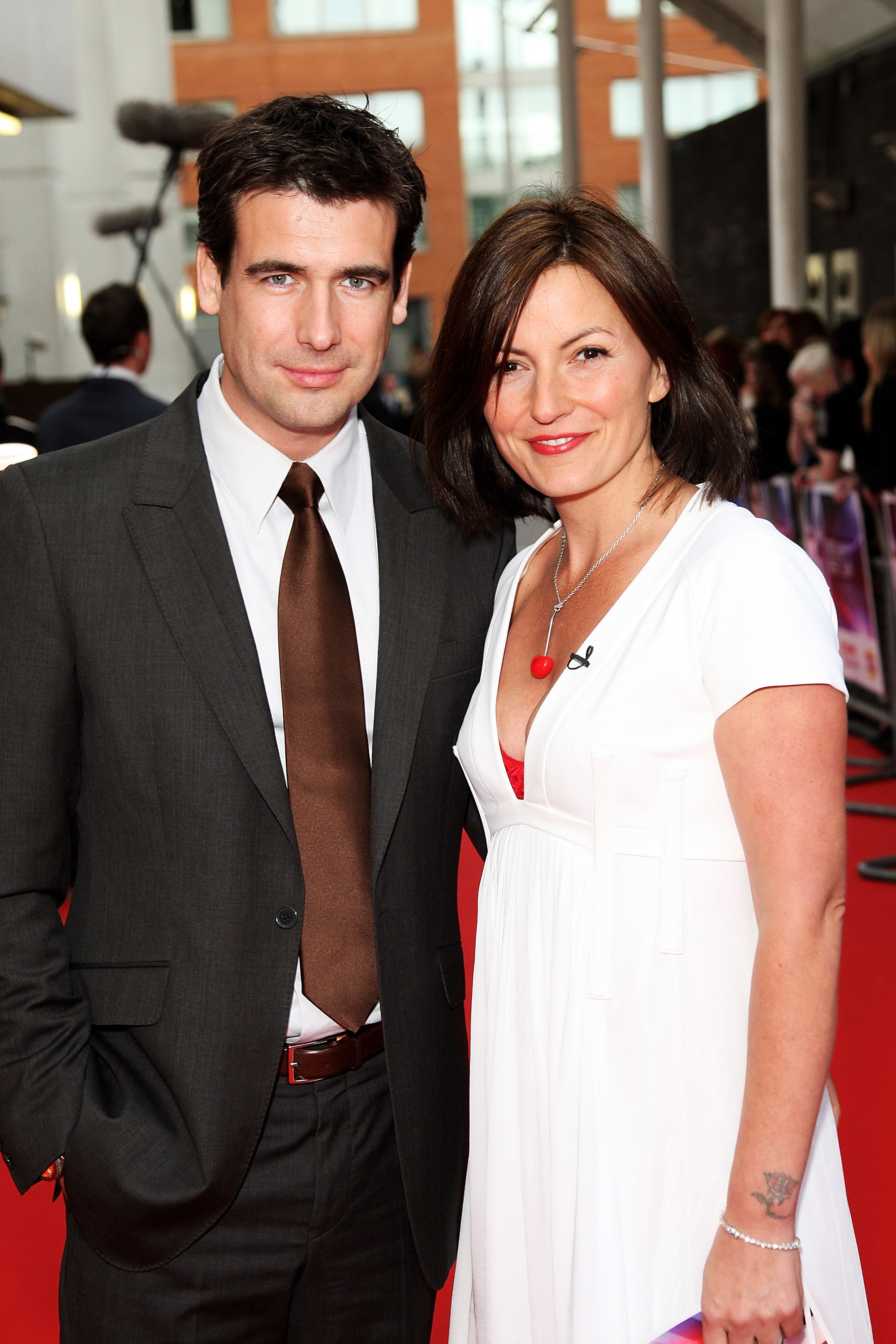 "So it's like playing roulette. You sort of spin the wheel, so you press Enter and your face is there on the camera.

"Obviously I've got girls, I think you put in the fact that you're a girl and you want to talk to boys and you press the thing.

"And this morning Tilly showed it to me, I sat down off camera, she was on camera – out of the five people that she had, bearing in mind it's 10 o'clock in the morning, two of them were just pictures of men's groins, with a s****y, w***ing.

"It was the most explicit, horrific thing I have ever… I was like, 'Oh my God.'

"Obviously Tilly thinks it's really funny, but if it was a 14-year-old girl I would be genuinely really, really worried.”

Omegle says on its website it is a “great way to meet new friends” and even admits “predators have been known to use Omegle, so please be careful”.

On its homepage in big bold lettering it says “Video is monitored. Keep it clean”.

Users must be 18 or over or 13 and over if they have a parent or guardian’s permission.

At the very bottom, in small print, it says: “Omegle video chat is moderated. However, moderation is not perfect. You may still encounter people who misbehave. They are solely responsible for their own behaviour.” 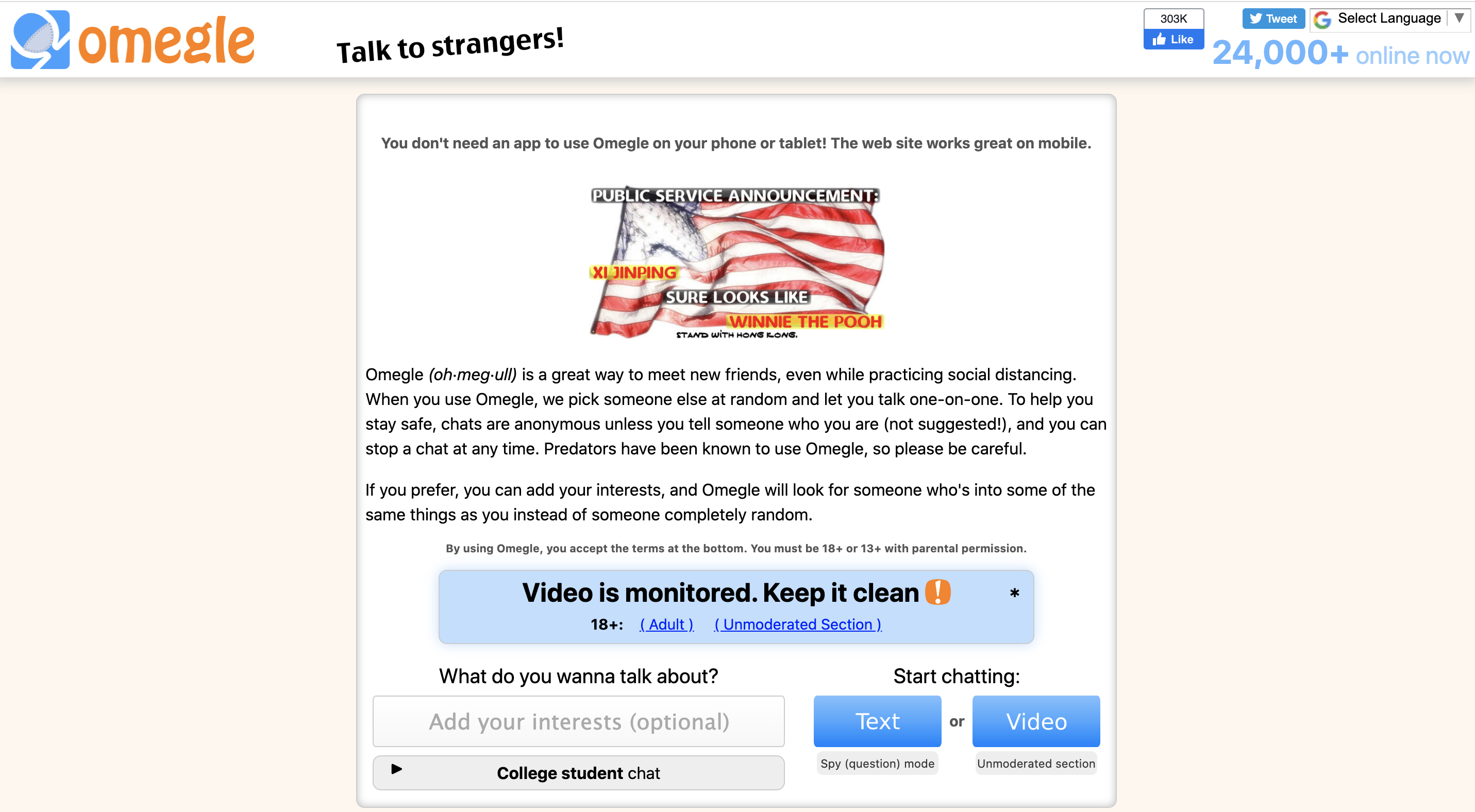 The force said: "Chatting to different people online can be fun, but as Omegle acknowledges, there is a strong risk of users encountering sexual content on Omegle.

"This is not limited to viewing adult sexual content but could also be young people performing sexual acts or exposing themselves.

"Talk to your child about the dangers of giving out personal information such as their age, their location or their full name to people that they don’t know."

Davina has three children Tilly, Holly, 18, and Chester, 13, from her husband Matthew who she separated from in 2017.

She told her Making The Cut podcast: "I've just got to say something, I didn't know realise it was an 18, so Tilly was on it 16, so she's 16 so that's a no from the start so she's definitely not going on that again.

"I mean, what can I do, I can't police her 24-7 but I don't think they want to go on it but I think  if there with like five girlfriends and their having absolutely hysterics because it's literally you don't know what you're going to get, but it is very shocking."

The Masked Singer judge added: "I'm amazed it's legal. And warning someone that there are predators on there – it says a lot, right? There's got to be better ways of meeting people.

"There aren't many things. I consider myself to be a really liberal person, but this was a step too far even for me. It's much too easily accessible to kids."

END_OF_DOCUMENT_TOKEN_TO_BE_REPLACED

Piers Morgan loses it with Boris Johnson over care home comments: ‘You are responsible’

We will use your email address only for sending you newsletters. Please see our Privacy Notice for details of your data protection rights. Good Morning

END_OF_DOCUMENT_TOKEN_TO_BE_REPLACED

END_OF_DOCUMENT_TOKEN_TO_BE_REPLACED
Recent Posts
We and our partners use cookies on this site to improve our service, perform analytics, personalize advertising, measure advertising performance, and remember website preferences.Ok