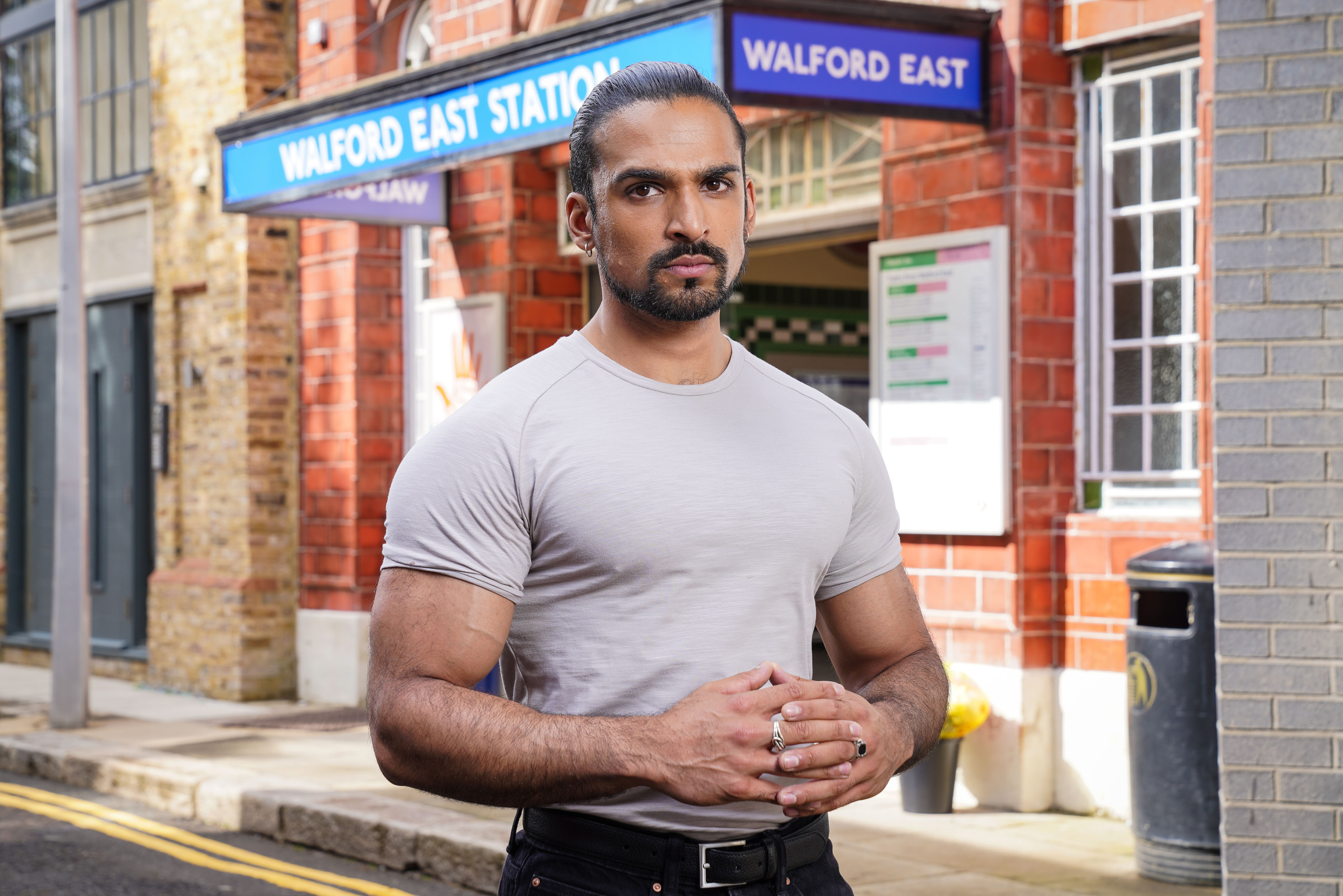 EastEnders has confirmed that Ravi Gulati, played by Aaron Thiara, is joining the show as a regular.

Ravi, who viewers first met on Monday’s (July 4), is the son of the Panesar family friend, Ranveer.

Phil Mitchell (Steve McFadden) is currently behind bars, and – knowing that his life is at risk – he turns to Ravi for help, offering to pay him for back-up.

Ravi, however, only agrees to cooperate if Phil successfully acquires him some information on Kheerat (Jaz Deol). What exactly he wants this information for remains unclear.

Despite his charming and charismatic exterior, Ravi is willing to do just about anything to get what he wants, and he has little fear of the consequences.

What’s more, his time in Her Majesty’s Pleasure is rapidly coming to end, and upon being released, he will reunite with his father in a bid to help with the business.

Not all of the Panesars will be pleased to see him, however. Ruthless and unpredictable, Ravi’s arrival will shake the Square but the question is: just who will get caught in his vicious crossfire?

‘My heart is filled with immense gratitude to be joining such an iconic show, working alongside a stellar cast and a remarkable production team,’ said actor Aaron Thiara.

‘It’s a very proud moment for me and my family.

‘This is a wondrous opportunity to approach as an actor, and I can’t wait for people to meet Ravi on screen and witness his roller-coaster of a journey!’

Chris Clenshaw, Executive Producer, added: ‘Ravi is captivating, cunning and dangerous, and can go from pleasant to menacing with very little warning – unlike Aaron who’s a wonderful addition to the EastEnders cast.

‘We’re all excited to see Aaron bring the character to life and there’s plenty of drama and shocking twists in store – wherever Ravi goes, trouble follows.”

Ravi will return to screens later this summer.

EastEnders airs Mondays to Thursdays at 7:30pm on BBC One.