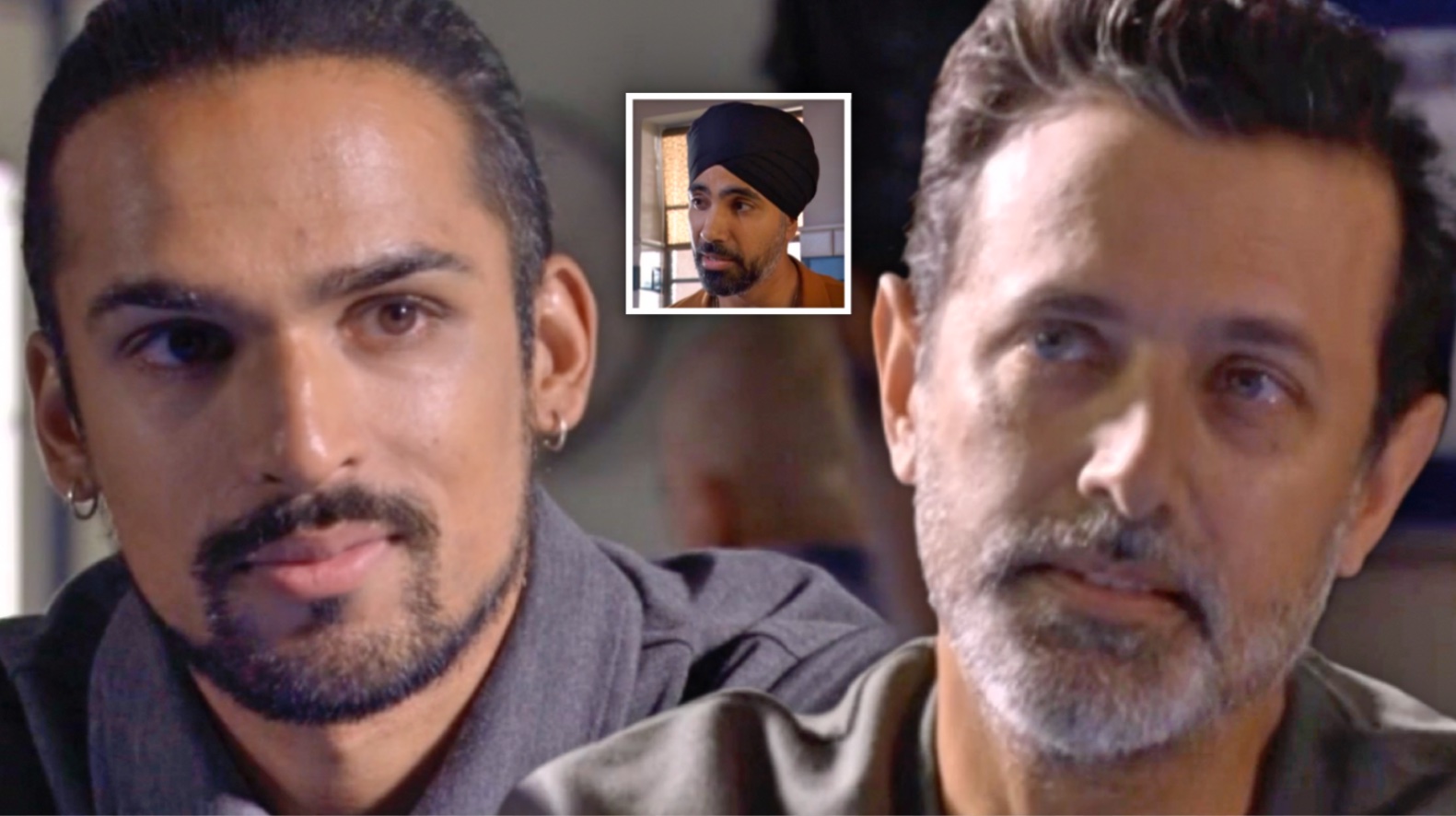 EastEnders has just confirmed a major fan theory, with the latest offering of the show revealing that Ravi Gulati (Aaron Thiara) is the son of Nish Panesar, making him Kheerat’s (Jaz Singh Deol) brother!

Ravi’s parentage has long been a talking point with fans of the BBC One soap, after an interesting comment was made by Ranveer, who was thought to be his father.

Ranveer, as viewers know, attempted to sexually assault Suki Panesar (Balvinder Sopal) when she refused to sleep with him in exchange for a business deal. Suki subsequently attacked the sleazy businessman, knocking him unconscious.

She believed him to be dead, and Ravi – who walked in on the scene – promised to help her cover up the murder, but it soon came to light that Ranveer was still alive, after he woke up to find his ‘son’ assisting Suki in a cover-up.

‘Dad!’, pleaded Ravi, which ultimately prompted Ranveer to make quite the revelation. ‘Don’t you dare call me [dad]!,’ he yelled. ‘I was never your dad and you know it!’

The comment piqued fans’ interest, with many starting to speculate that Ravi wasn’t Ranveer’s son but was instead a child of Nish Panesar, who is currently in prison.

Wednesday’s (September 28) edition of the BBC One soap further backed up this theory when Ravi – speaking to secret lover Nina (Hersha Verity) – discussed revealing his true identity to those around him, meaning that there was a secret.

The subsequent episode then gave us the confirmation we were all after, as Ravi – hot off a showdown with Kheerat in which they feuded over being the ‘head’ of the family – paid a visit to someone in prison.

That someone was none other than Nish, who made his long-awaited on-screen debut with Navin Chowdry expertly playing the role.

Ravi called Nish ‘dad’, putting an end to speculation once and for all, while Nish reassured him that, once he’s released, he’ll make sure Kheerat knows his place.

EastEnders continues Monday October 3 at 7:30pm on BBC One.