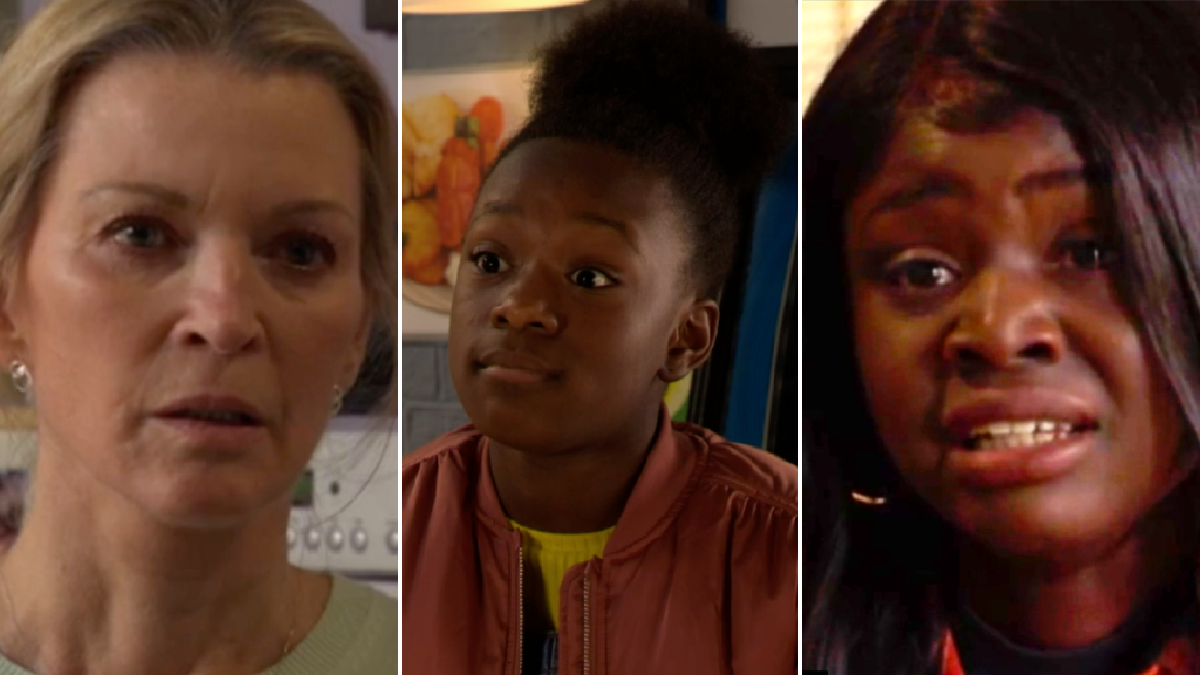 Mila confided in Kathy Beale (Gillian Taylforth), after she learned that Kioni is heading off on a trip with mum Nyangi (Lucy Vandi) in two weeks time.

Kathy was confused as to why she was worried about a holiday, which forced Mila to explain that the so-called holiday is anything but.

‘She’s being taken away to…’ started Mila, but she struggled to get her words out in emotional scenes.

Kathy was unsure of what Mila meant by ‘cut’, but the realisation soon dawned on her – and horror washed over her face.

‘You’d call it FGM,’ Mila added, before revealing that she underwent FGM herself.

Viewers were left in shock at Mila’s revelation, and many took to social media as a result.

‘oh God I was right they are doing FGM on Kioni’ said one fan.

‘FGM story omg #EastEnders this happens for real and is disgusting’ added another.

‘knew it was going to be a #FGM storyline. Good theyre bringing it to light’ said one more.

#EastEnders knew it was going to be a #FGM storyline. Good theyre bringing it to light ð

FGM story omg #EastEnders this happens for real and is disgusting

oh God I was right they are doing FGM on Kioni:/ #EastEnders

EastEnders continues Thursday May 27 at 7:35pm on BBC One.