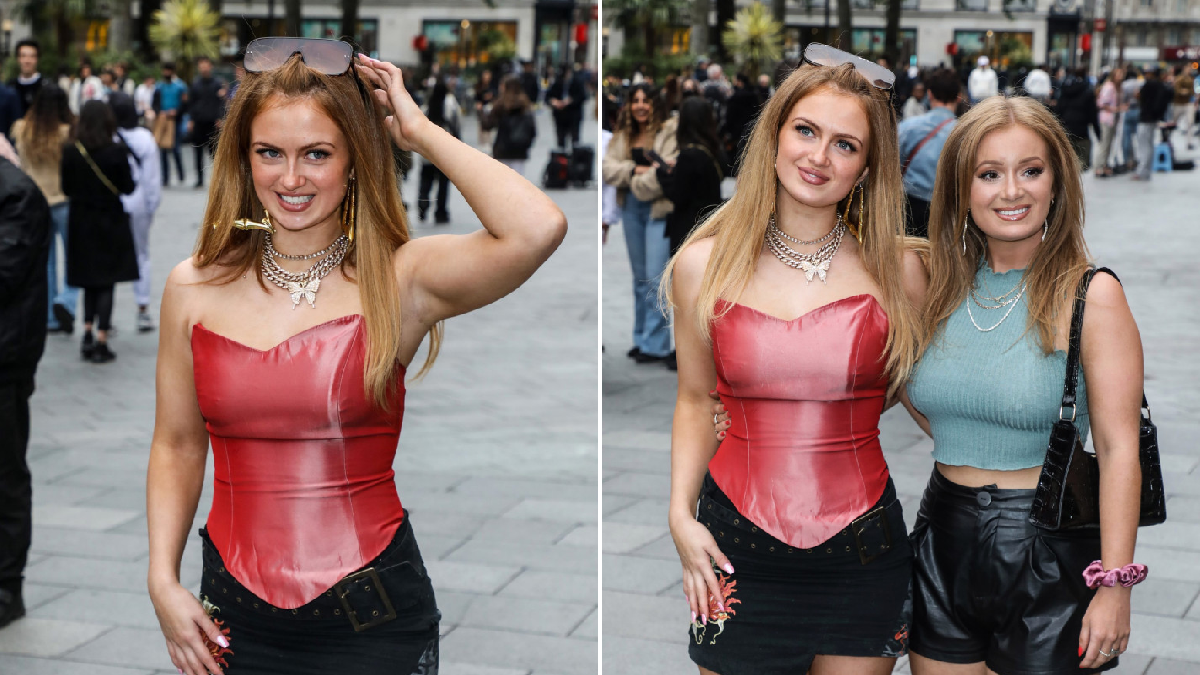 EastEnders star Maisie Smith was all smiles as she attended a film screening for Fast & Furious 9 in London on Wednesday night.

The actress, who portrays Tiffany Butcher on the BBC One soap, was pictured alongside lookalike sister Scarlett outside the Vue cinema in Leicester Square.

Maisie, 19, wore a red corset, a black skirt, and completed her look with large earrings and several gold necklaces.

Scarlett wore a crop top and black leather shorts to the VIP event.

Maisie was first introduced to audiences back in 2008, when she made her first appearance as Bianca’s daughter Tiffany in EastEnders at the age of six.

She would remain on Albert Square for several years, featuring regularly until 2014.

The soap star reprised her role in 2016 for Whitney Dean’s wedding to Lee Carter, before returning on a more permanent basis in 2018.

Tiffany has been at the centre of many a huge storyline since her return to the soap. She was groomed by drug boss Evie Steele, and memorably forged a friendship with Bernie Taylor.

She also started dating Keegan Baker, who she would eventually marry.

It was reported back in January that Maisie would allegedly be leaving EastEnders.

A source told MailOnline at the time: ‘Maisie is hugely ambitious and wants to test herself away from soaps.

‘Starring in movies is a personal goal and seeing how well Ben and Himesh have done, it’s given her hope she could be the next box office star from EastEnders.

‘The only stumbling block is whether COVID-19 and the knock-on effect of the pandemic will dilute the pool of acting opportunities.

‘If it remains bleak, the sensible move might be staying put for another year. But the intention is to leave in October.’

Maisie competed in the latest series of Strictly Come Dancing, where she was partnered with pro-dancer Gorka Marquez.

The 19-year-old stunned audiences with her performances on the BBC dance series, with routines, such as her Quickstep, Samba and Jive leaving both the judges and the fans in awe.

After smashing it in the final, Maisie and Gorka were crowned runners-up, losing out to Bill Bailey and Oti Mabuse.