Louise (played by Tilly Keeper) is expecting her first child with mechanic Keanu (Danny Walters) after the characters recently reconciled on EastEnders following a rocky hurdle.

No sooner than the pair announced they were back together to Louise’s father Phil Mitchell (Steve McFadden) and Sharon (Letitia Dean) did the stepmother discover she was also expecting a child at the age of 49.

Phil couldn’t keep the news secret and told the rest of the Mitchell clan at the end of last night’s double bill of the BBC soap, but Keanu was nowhere to be seen.

Sharon was eager to keep the news to herself, as she is contemplating whether Phil is actually the father or whether she fell pregnant after a recent dalliance with a heartbroken Keanu.

As long as me and baby are OK

Upcoming episodes will see Keanu discover his forbidden lover is pregnant and also beings contemplating the paternity of the child.

Phil is still none-the-wiser to Sharon’s affair with the young mechanic, but with the latest plot twist leaving the forbidden lovers in a great predicament, it will only be a matter of time before the truth comes to the surface.

Louise is also naïve to her boyfriend’s betrayal, unaware the reason they first broke up was because he was still pining for her stepmother.

“I really wanted Louise to mature and claim responsibility for her actions.

“I think a pregnancy storyline is the best way for that to happen,” the actress explained but could Louise’s new found maturity lead to yet another plot twist involving Sharon’s child? 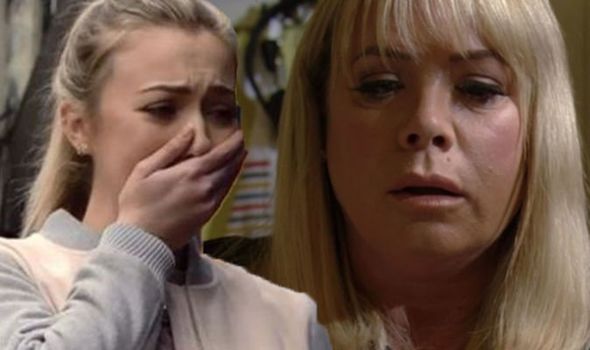 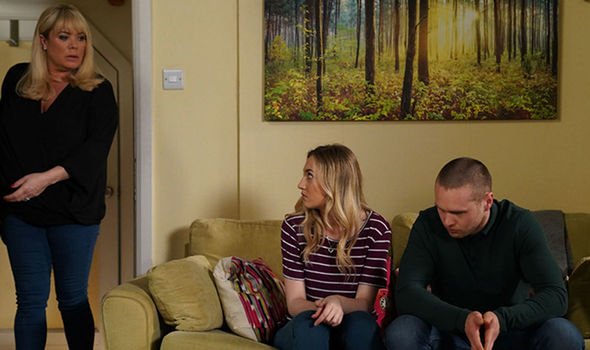 With Louise and Sharon falling pregnant at the same time, the two women could end up giving birth at the same time, with Tilly joking to The Sun Online: “They’ll both be wheeled in [to the maternity ward] together holding hands.”

After the birth, Sharon may be left feeling more guilt than ever and finally confess to Phil he may not be the father and she had been having an affair with Keanu.

Sharon could decide Walford holds too many memories for her and having expressed fears about being an older mother, she may flee the Square and leave Keanu to deal with the child.

Keanu isn’t likely to be let off the hook with Phil so lightly so, it could be Louise is left holding both children.

It’s not yet been confirmed whether Keanu is the father but if Louise forgives him and Phil doesn’t get deadly revenge, will the pair end up raising the children together? 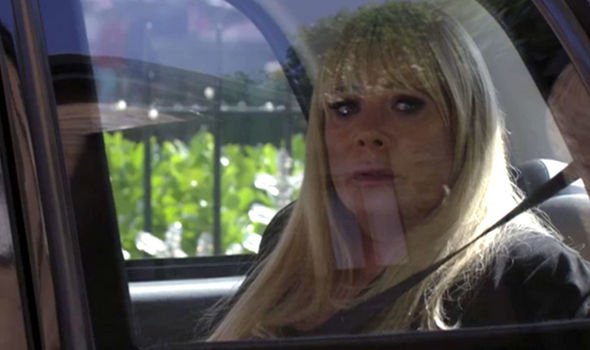 Viewers will have to keep watching to see how exactly the affair is unraveled, but scenes set to air next week will see Keanu in a perilous situation.

The young mechanic will be kidnapped and a trailer for the soap’s summer run has shown Keanu blindfolded as tied to a chair in an abandoned building.

Although some may believe Phil could be the villain who kidnaps Keanu after he finally discovers the truth, Sharon could be the real culprit.

Desperate to ensure Phil doesn’t ever find out about the affair or the dilemma over her child’s paternity, will Sharon get rid of Keanu once and for all?

EastEnders won’t air tonight as the soap is replaced by coverage of the Women’s World Cup.

EastEnders continues Monday at 8pm on BBC One.