However, Sharon (played by Letitia Dean) looks set to finally find out the truth in upcoming scenes on the BBC soap.

Wanting to know once and for all who the father is before the tot is born, she plans a paternity test.

It comes as the Albert Square stalwart attends a midwife appointment with husband Phil (Steve McFadden) on EastEnders next week.

The mother-to-be claims that she’s already had some bloods taken before later getting ready to send the paternity test off at home.

Although, she is interrupted by stepdaughter Louise Mitchell (Tilly Keeper) who is dealing with her own pregnancy strife.

Louise is carrying boyfriend Keanu’s baby but she’s struggling to keep the big news a secret at school.

With Louise troubles getting in Sharon’s way, will she manage to send it?

Sharon insisted to Keanu that the baby wasn’t his after he found out that she was pregnant, but she didn’t actually know the truth.

Phil of course doesn’t know about the affair between his wife and his employee and would no doubt hit the roof if he found out.

The illicit romance was over and done with however Sharon and Keanu fell into each other’s arms once more in the Arches. 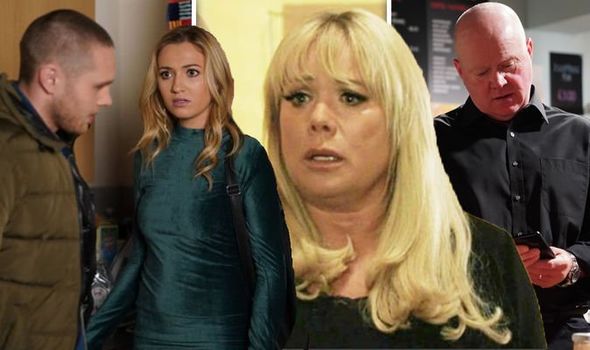 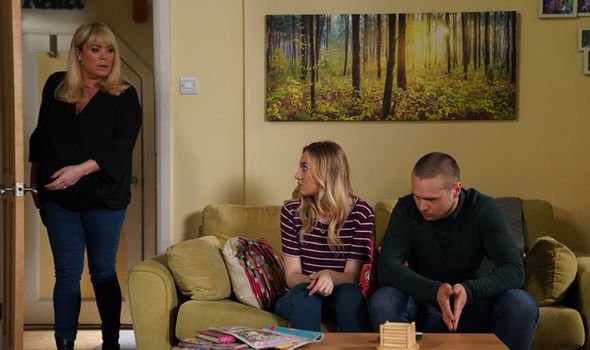 It’s that tryst that could have been responsible for Sharon’s pregnancy if the baby isn’t Phil’s.

Keanu thought Phil had discovered his secret when he found himself bound and blindfolded in an abandoned building.

However, it transpired that Sharon and his mother Karen Taylor (Lorraine Stanley) had teamed up to teach him a lesson.

After Keanu declared he would tell Phil about the affair, the two women began to panic.

They knew the terrible fate that could befall the youngster so decided to give him a taste of what Phil’s revenge could be like. 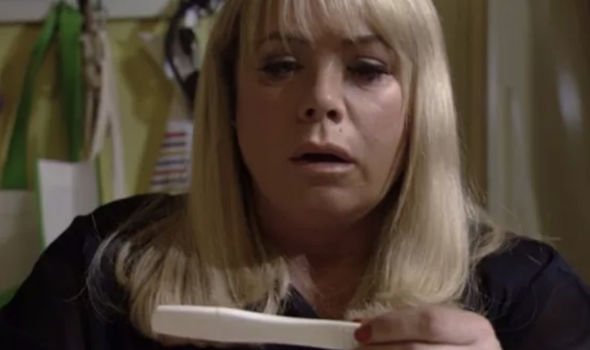 Elsewhere on the soap, there’s a huge amount of family drama going on between the Slaters.

Stacey Fowler (Lacey Turner) has cut ties with Kat Slater (Jessie Wallace) after the pair had an almighty falling out over missing money.

Kat had planned to use money Alfie (Shane Richie) left to her, which he’d taken from Phil, but Stacey took it as she was wary of Kat’s motives.

Kat intended on giving the money to Kush to use in his custody case and Stacey was angry that Kat was causing division within the family so threw her out of the house.

EastEnders continues tonight at 7.30pm on BBC One.

END_OF_DOCUMENT_TOKEN_TO_BE_REPLACED

END_OF_DOCUMENT_TOKEN_TO_BE_REPLACED
Recent Posts
We and our partners use cookies on this site to improve our service, perform analytics, personalize advertising, measure advertising performance, and remember website preferences.Ok