Tina’s (played by Luisa Bradshaw-White) death aired during Monday night’s edition of EastEnders as killer Gray Atkins (Toby-Alexander Smith) claimed the life of another victim. Viewers of the BBC soap were devastated this is how the character was leaving after it was announced the actress who plays her, Luisa, 46, was bowing out after seven years. However, fans believe the Carter sister might not have had such a tragic death if only she had called someone other than her nephew, Mick Carter (Danny Dyer).

In fact, viewers have analysed the scenes between Tina and Gray with scrutiny after the former told her killer she knew he had murdered his wife, Chantelle Atkins (Jessica Plummer).

Some couldn’t quite believe the deceased character was talking so much as she decided to tell the villain she was going to tell the whole of Walford what he had done.

Unfortunately, before she could make it out the door of his house, the father-of-two blocked her entrance and so a game of cat and chase began.

Locking herself in the utility room next to the kitchen, the beloved Walford resident decided to call her nephew for help on her mobile phone.

Mick had been waiting to flee the country with his auntie after she was framed by Gray for attacking Ian Beale (Adam Woodyatt), but instead, he was having an argument with his wife Linda Carter (Kellie Bright). 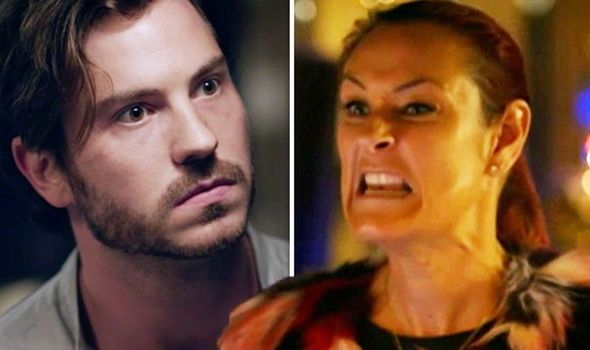 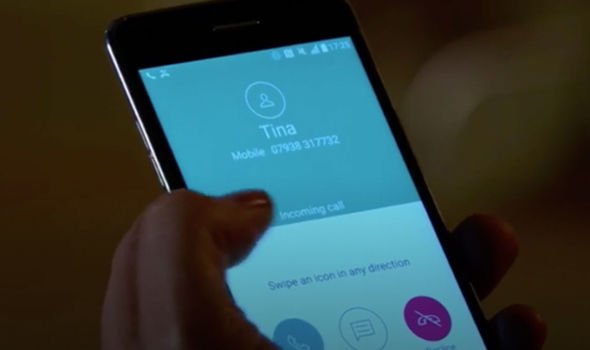 With her nephew in the midst of a marital dispute, Tina tried to call him countless times and this is when viewers noticed what they believed to be a plot hole.

“That might have been better than calling your unreliable [nephew],” they added, to which another viewer replied: “Crazy isn’t it, or she simply could’ve left Mick a voicemail that would get Gray arrested and this storyline sorted out within minutes.”

Whilst a third commented: “Yes! I thought [she should have rung 999] and shouted it at the TV. Especially the second time!” 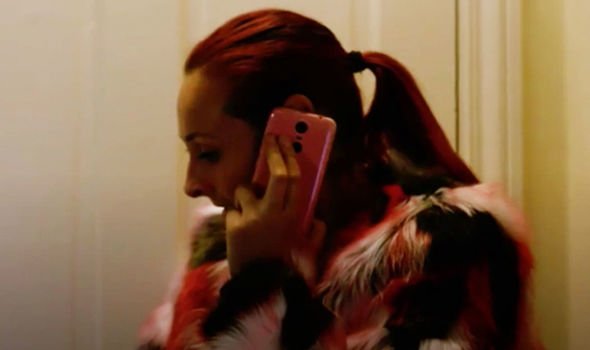 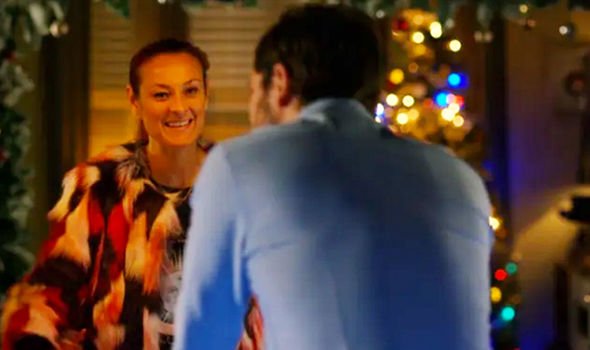 Unfortunately, with Mick not picking up, the beloved character decided to make a run for it again but was ultimately killed by Gray.

The rest of the episode showed Tina’s killer wrapping her body up before putting it in the back of his car.

This was where he saw his victim’s nephew and told him his auntie had already left the country without him.

Picking up from where the action left off on Monday night, Tuesday’s edition of the weeknight serial drama saw Mick and his mother Shirley Carter (Linda Henry) trying to convince the police Tina hadn’t made a run for it.

“Mick, have you heard anything? People are starting to talk,” Shirley asked her son before Jack Branning (Scott Maslen) joined the conversation.

“She ain’t doing herself no favours,” the detective said, to which Mick replied: “You know Tina. She’s probably on a Christmas bender.”

“What? Gone to the sale, has she? And taken half her clothes with her? If she’s done a runner, it’s going to make her look guilty,” the police officer declared.

“She ain’t done a runner,” Tina’s nephew hit back, with his neighbour telling him “she better get back fast”.

Gray is currently the only one who knows Tina is dead, but just how long will it take for someone to expose the killer?

Speaking of her exit from the show, the actress who plays the deceased character, Luisa, said she was glad her story had come to an end by being killed off.

The soap star explained: “Tina is a character I have invested a lot in and a character that I really love, so to see that end is quite sad.

“It felt like the end of an era, so it was sad in some ways, but really exciting in others. It’s an exciting storyline to get as an actor. It was nice to play the drama of it all,” she told Digital Spy.

EastEnders continues Thursday at 7:30pm on BBC One.

END_OF_DOCUMENT_TOKEN_TO_BE_REPLACED

Parents react to Biden planning executive order on reopening schools A panel of parents give there take on the president’s move to reopen schools on ‘Fox &amp; Friends.’ CHICAGO (AP) — The Chicago Teachers Union said Sunday that its members voted to defy an order to return to the classroom

END_OF_DOCUMENT_TOKEN_TO_BE_REPLACED

END_OF_DOCUMENT_TOKEN_TO_BE_REPLACED
Recent Posts
We and our partners use cookies on this site to improve our service, perform analytics, personalize advertising, measure advertising performance, and remember website preferences.Ok