JAZZ legend Ellis Marsalis Jr. has died at the age of 85 after battling pneumonia brought on by the coronavirus.

The pianist was the patriarch of a New Orleans musical family and a celebrated musician in his own right. 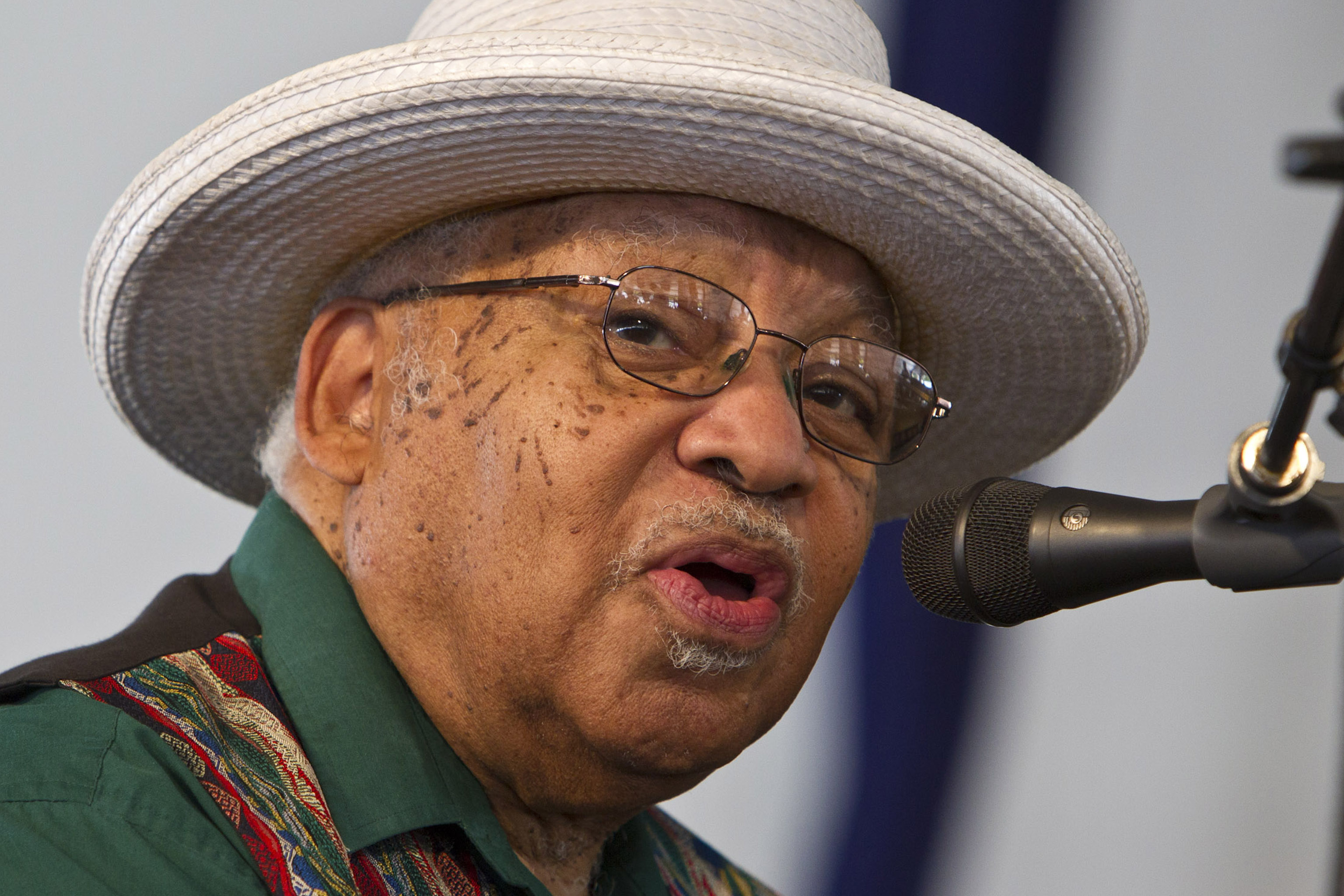 Ellis Marsalis III confirmed that his dad's death was brought about by the coronavirus that is raging across the world in a global pandemic.

His death on Wednesday came hours after Adam Schlesinger, best known for his work with rock band Fountains Of Wayne, died after contracting also coronavirus.

Four of Marsalis Jr.'s sons followed in his footsteps to become musicians. Wynton is one of the most prominent jazz figures in the US as artistic director of jazz at New York's Lincoln Center.

Branford is a saxophonist who has worked with the likes of Sting.

Jason is a drummer who has made a name for himself with his own band, while Delfeayo, is trombonist who is prominent record producer and performer.

And meanwhile, Ellis III is a photographer-poet in Baltimore.

Ellis III said: "Pneumonia was the actual thing that caused his demise. But it was pneumonia brought on by Covid-19.

"He passed right after Jason departed." 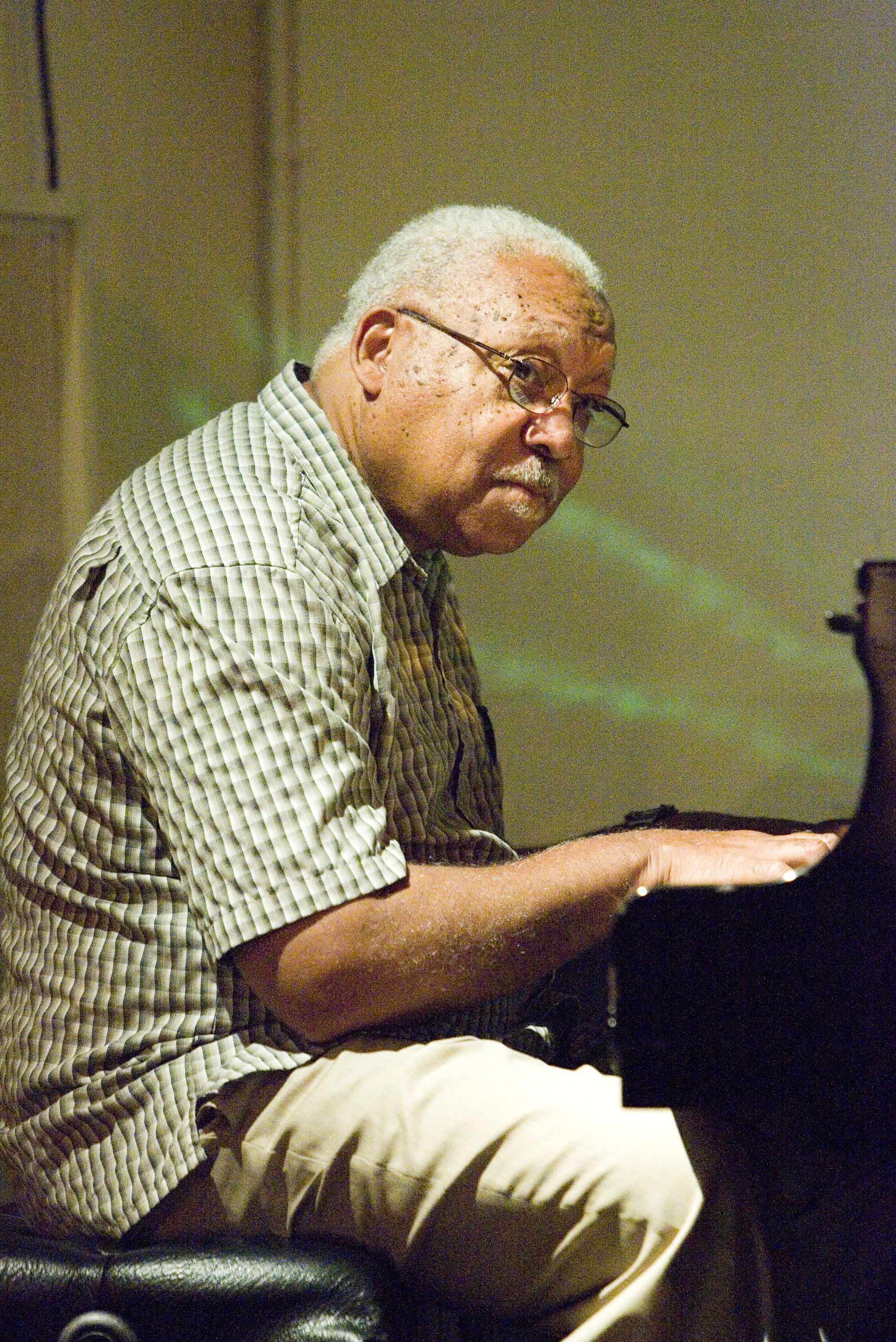 Singer John Legend tweeted: "Sending love to the Marsalis family. Condolences to them and all of those who loved Ellis Marsalis."

The Wire star Wendell Pierce, who is from New Orleans, described Marsalis Jr as an "icon of our culture".

He said: "With the deepest and most profound sadness, I grieve the passing of a true jazz master, icon of our culture, historic in the story of New Orleans, and profound in his influence in the evolution of music along with many lives.

Apple CEO Tim Cook shared a picture of himself with Marsalis Jr.

He said: "Ellis Marsalis was a true legend. In his music, his passion for New Orleans and his steadfast dedication to education, he showed us all the power of community.

"He'll be missed dearly. My thoughts are with his sons who carry on his legacy." 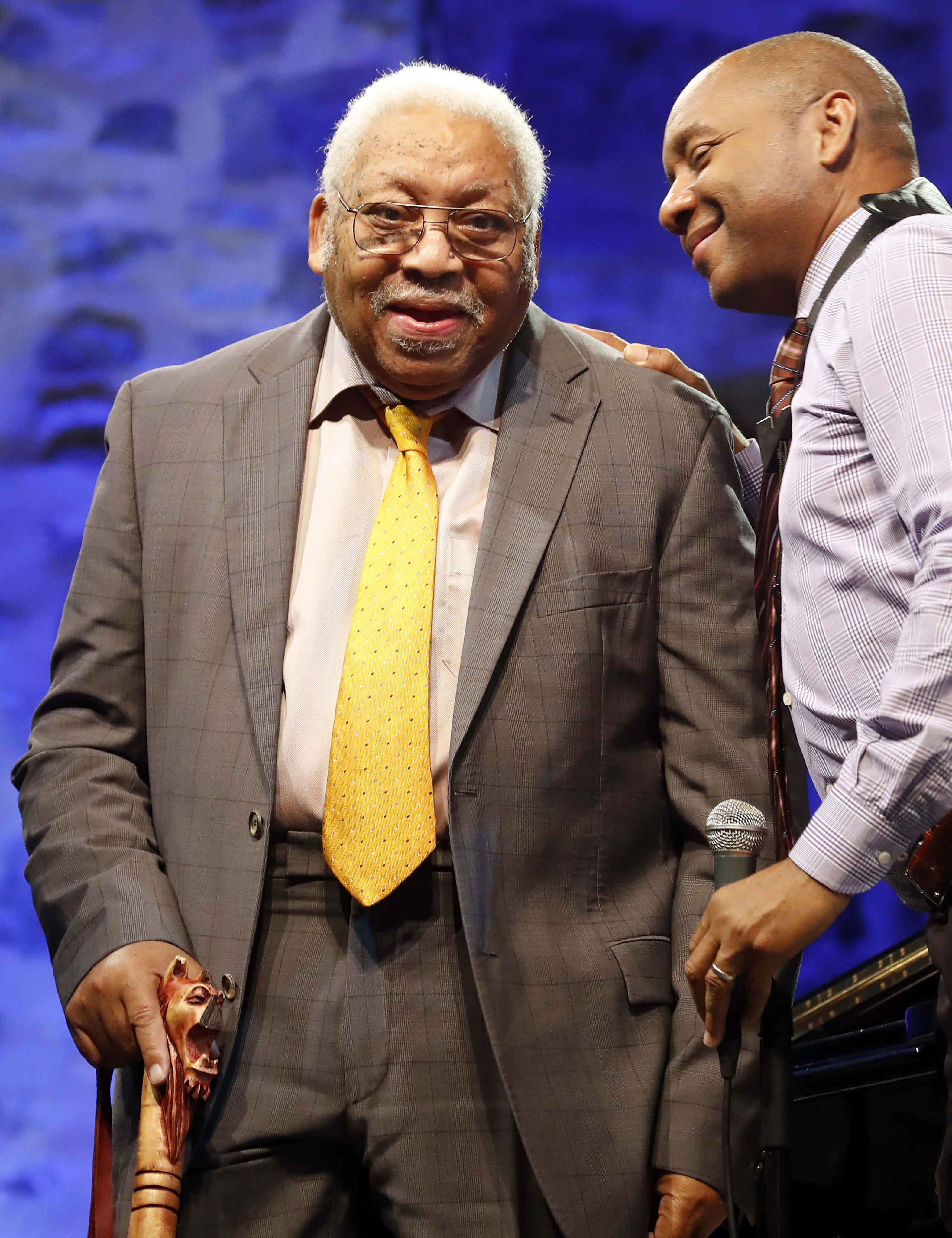 New Orleans Mayor LaToya Cantrell said Marsalis Jr was a "legend" and the "prototype of what we mean when we talk about New Orleans jazz".

She added: "The love and the prayers of all of our people go out to his family, and to all of those whose lives he touched."

Ellis Jr. opted to stay in New Orleans for most of his career, but he established newfound fame when his sons brought him into the spotlight.

It came with new recording contracts and headline performances on tours and TV.

Nick Spitzer, host of public radio's American Routes, said: "He was like the coach of jazz.

"He put on the sweatshirt, blew the whistle and made these guys work."

He added: "His great love was jazz a la bebop – he was a lover of Thelonious Monk and the idea that bebop was a music of freedom.

"But when he had to feed his family he played R 'n' B and soul and rock and roll on Bourbon Street." 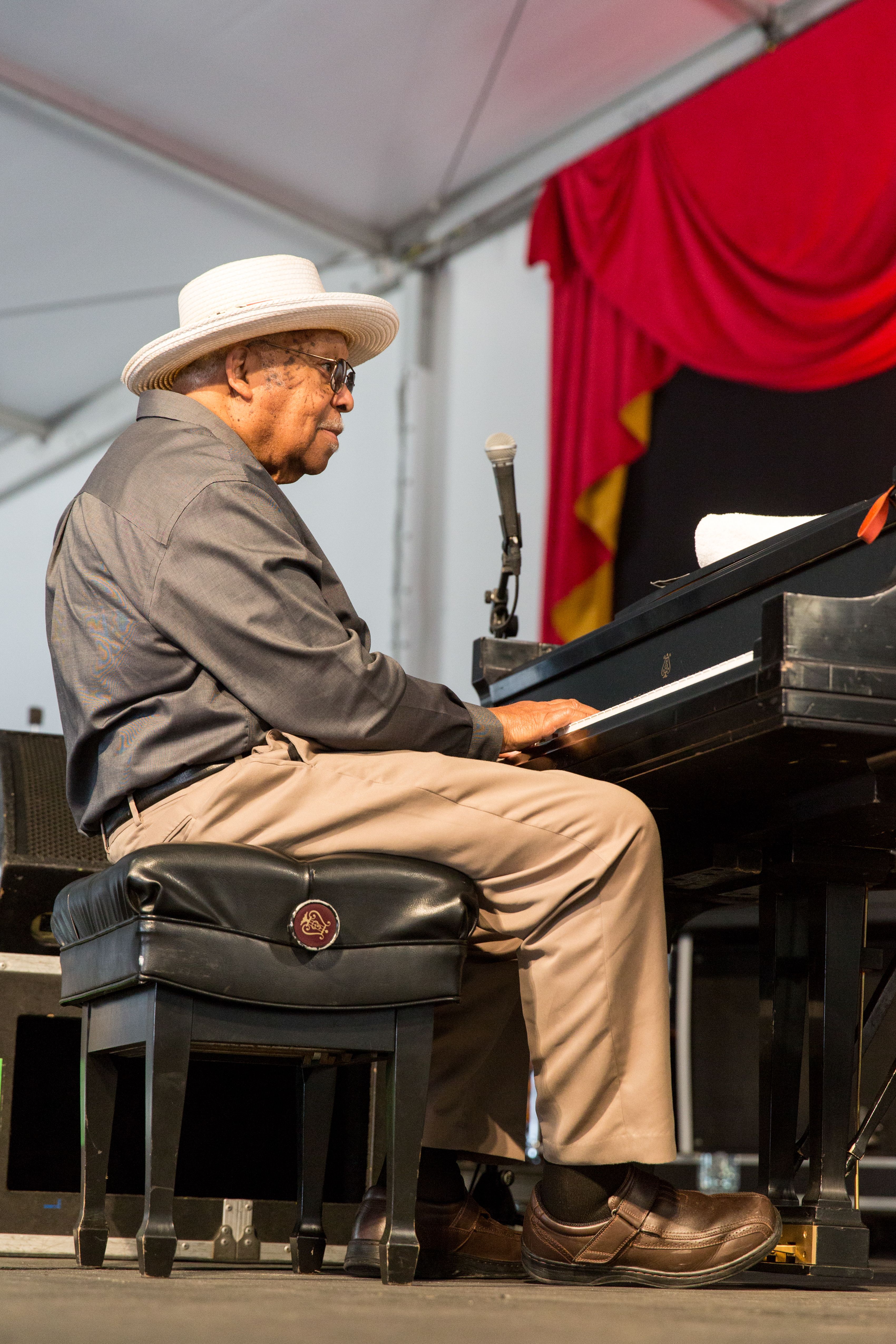 Marsalis was born in New Orleans, son of the operator of a hotel where he met touring musicians who could not stay at the segregated downtown hotels.

He played saxophone in high school but was also playing piano by the time he went to Dillard University.

Ellis Jr. credited this time as allowing him to learned all kinds of different music styles.

Upon returning home, he worked at the Playboy Club and ventured into running his own club, which quickly went bust.

He then was hired by trumpeter Al Hirt to be part of his band, which played headline shows on The Tonight Show and The Ed Sullivan Show.

It was around this time that he got into education, and started teaching improvisation at Xavier University in New Orleans.

Here he influenced a whole generation of young jazz musicians until his retirement in 2001.

He continued to perform at jazz clubs in New Orleans, and founded his own record company, ELM. 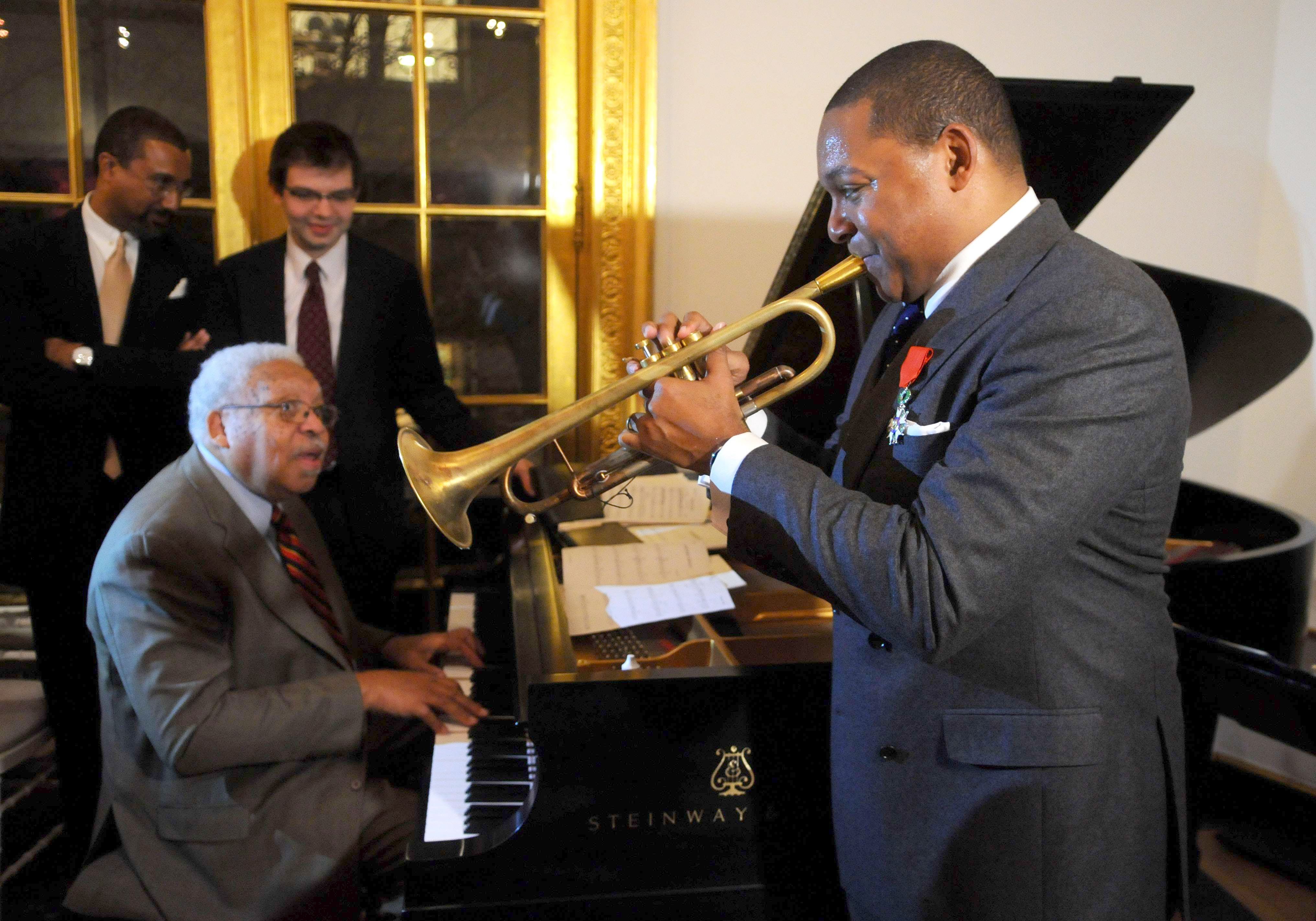 Ellis Jr.'s death from coronavirus comes as the US continues to be swept by the horror disease.

Other famous faces who have been taken by the virus, include Star Wars actor Andrew Jack.

Grammy-winning country star Joe Diffie also died of complications from the virus, as did guitarist and vocalist Alan Merrill who co-wrote 'I Love Rock 'n' Roll'.

New York remains the epicenter of the outbreak – with the apex of cases not expected for another two weeks to a month.

However, Ellis Jr.'s home of New Orleans has also been warned it could become the next US city to face a coronavirus crisis.

President Donald Trump has told Americans to "be prepared for the tough days that lie ahead". 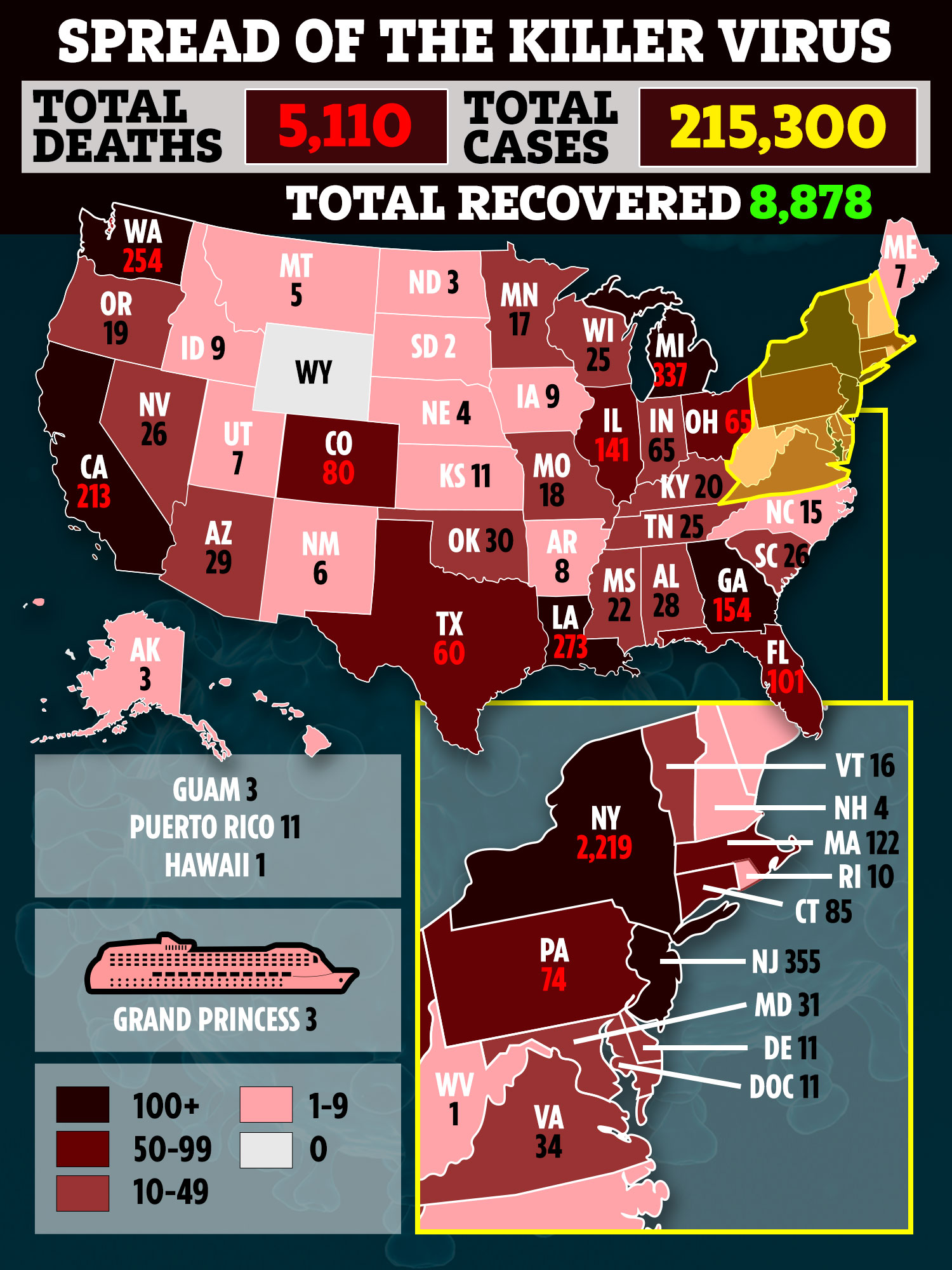 The President added: "As a nation we face a difficult few weeks as we approach that really important day where we're gonna see things get better all of a sudden."

He compared the work of essential medical workers battling the virus on the frontline to soldiers.

Mr Trump said: "[They're] like military people going into battle, going into war."

It is predicted that on April 15 – which may be the peak of the virus outbreak – more than 2,200 Americans will deny.

The President also changed tact as he drove home the seriousness of the virus.

He said: "A lot of people were saying think of it as the flu, but it's not the flu. It's vicious."

Dr Anthony Fauci, director of the National Institute of Allergy and Infectious Diseases, said: "No-one is denying that we're going through a very, very difficult time.

END_OF_DOCUMENT_TOKEN_TO_BE_REPLACED

END_OF_DOCUMENT_TOKEN_TO_BE_REPLACED
Recent Posts
We and our partners use cookies on this site to improve our service, perform analytics, personalize advertising, measure advertising performance, and remember website preferences.Ok