'Emily in Paris' Renewed for Season 2

No surprise here — Lily Collins’ smash Netflix hit, Emily in Paris, is getting a season 2.

Netflix creatively announced the news on Wednesday in the form of a letter from Emily’s boss, Sylvie Grateau (Philippine Leroy-Beaulieu), at fictional marketing firm Savoir. The letter states that Emily (Lily Collins) will need to remain in Paris for an extended period of time “despite her overconfident manner and lack of prior experience in luxury goods marketing.”

“She has nonetheless managed to charm some of our hard-to-impress clients during the short time at Savoir,” the letter reads. “Call it bonne chance or American ingenuity — I’m leaning towards the former — her results are impressive.”

“We hope that by extending her time in Paris, Emily will further the relationships she has already made, delve deeper into our culture, and perhaps pick up a few words of basic French,” the letter continues. 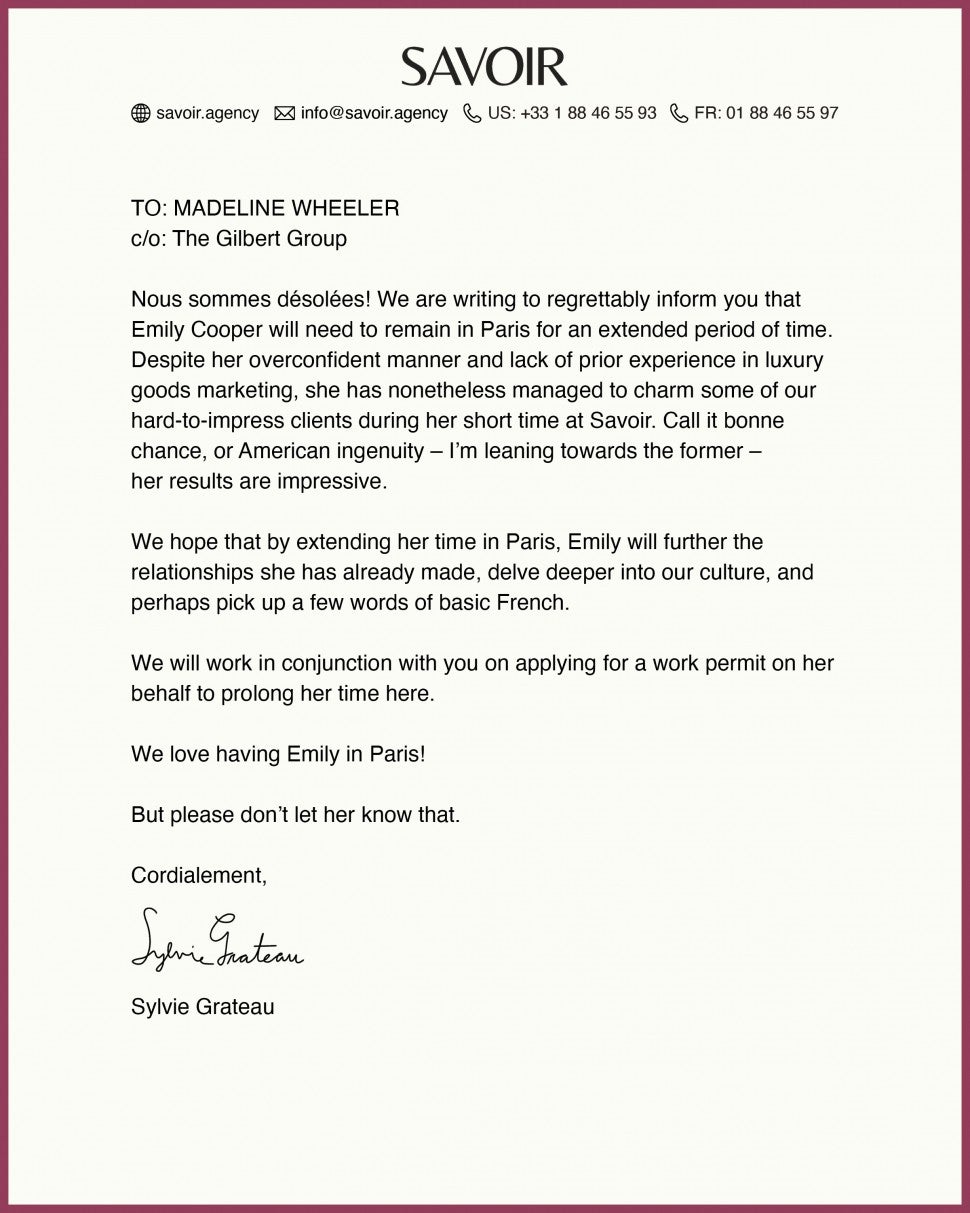 Emily in Paris will return for Season 2! pic.twitter.com/QDOzpzjliz

Emily in Paris revolves around the glamorous life of Emily, who moved to Paris from Chicago after she was hired to provide Savoir with an American perspective. Emily falls in love with the city and also has a few romantic entanglements, most prominently with her neighbor, Gabriel (Lucas Bravo). Complicating things is that Gabriel is already dating a woman named Camille (Camille Razat), who Emily has become good friends with.

ET recently spoke with Bravo, who talked about that messy season 1 cliffhanger. Watch the video below for more.

'Emily in Paris' Star Lucas Bravo Talks Season 2 and Why He Thought Fans Were Going to Hate Gabriel!

END_OF_DOCUMENT_TOKEN_TO_BE_REPLACED

END_OF_DOCUMENT_TOKEN_TO_BE_REPLACED
Recent Posts
We and our partners use cookies on this site to improve our service, perform analytics, personalize advertising, measure advertising performance, and remember website preferences.Ok