The Crown is among the most popular series’ on Netflix, with the streaming platform allowing a huge audience to binge on the show. Speaking to Express.co.uk, hair and makeup designer of The Crown, Cate Hall, said Diana’s look in in the episode Fairytale, was helped greatly by Emma, who was “almost there” before any extra work had even been done for filming.

When asked about what it was like to land the gig on makeup artist on the hit series, Cate said: “So I got the gig the season before, and it was terrifying.

“But luckily, I got to learn loads on the season before so that by the time we got to Thatcher and Diana, which for me – I mean, the 80s was my childhood – so felt really special.

“And by then I was a bit more competent in the process and sort of a bit more kind of at ease with it.

“And so it was way more enjoyable and way less stressful and obviously incredible casting.” 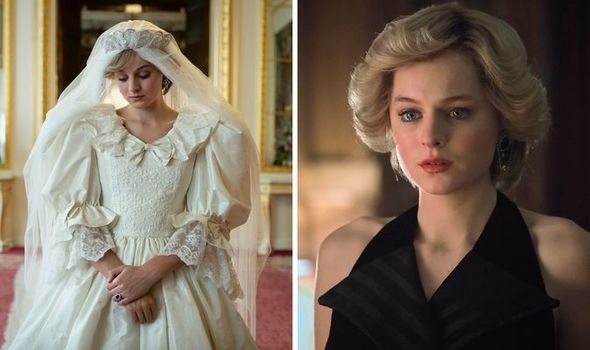 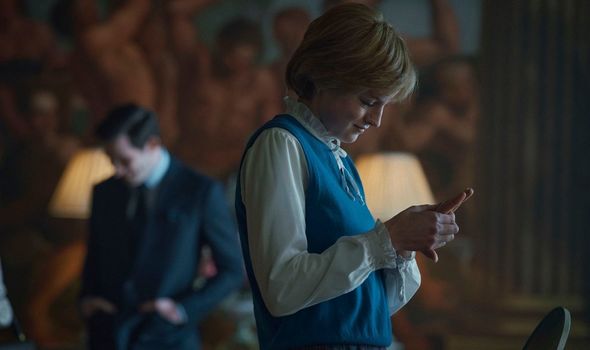 She explained the cast and crew went into season four knowing they had the right features and the right people to make it work.

When it came to the momentous task of creating the Diana everyone recognises, she said: “You kind of didn’t feel stressed at all about it because she [Emma] was so believable without even the wig, the makeup, without anything, she was already sort of 70 percent there to be honest.

“So it felt like it just felt like a gorgeous process to be in. I mean, we have this kind of big, broad journey in The Crown.

“So we shoot 10 years, which if you’re talking about effectively, I mean, adolescence, to very much established adulthood, she was a kind of manufactured media icon by the time we leave the series.” 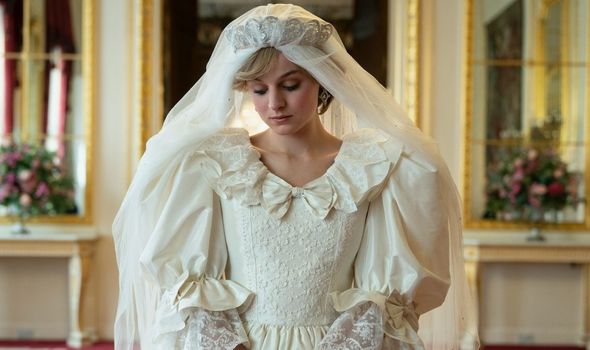 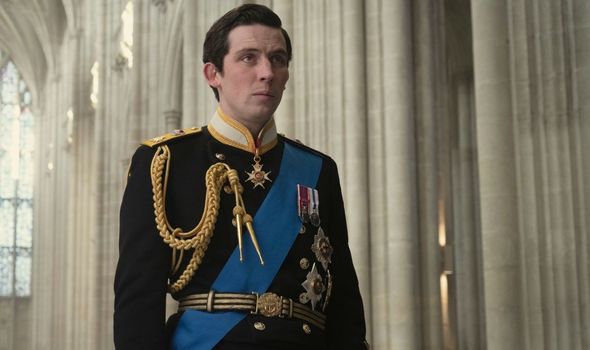 The makeup expert went on to explain how the episode Fairytale was a “springboard” into Diana’s journey.

The start of the instalment sees a young Diana, full of hope and excited about her future with Charles, celebrating with her friends and ready to start the new chapter of her life.

“But actually, by the end of the episode, she knows – and we know – that it can’t end well,” Cate added.

“And it sets up the kind of tragedy, I guess. So we had to tread that quite lightly, because actually, we almost have to tell that whole story within the one episode.”

She said: “By the end, we sort of had a flavour of what was to become in terms of her looking far more manufactured, and almost like a little girl dressing up, and trying to kind of play the part.

“The layers of authenticity and layers of just paving slightly off.”

Speaking about where she begins with the process of creating Diana’s look, Cate joked the whole team are “pretty psychotic” when it comes to research.

She studied thousands of images and ordered them chronologically, but admitted that the timeline wasn’t taken too literally.

She said: “So we don’t then say ‘Oh, well, you know, in 1984, she suddenly had slightly longer hair,’ though it was actually true, she did in 1984 have long hair for the only time and thankfully, Peter Morgan seems to write around these moments!

“So we didn’t actually see during that period of time, but so we don’t necessarily tell every visual story that we researched.

“But we like to kind of be informed by all of that information.

“And then really, I think the process is the same for all the characters, which is that we start by trying to get a shape, and if we can get a very convincing silhouette using a wig, so that if you kind of squint or facing the other direction it could be her then I’m happy because I feel like beyond that the performance.”

The Crown seasons 1-4 are available to stream on Netflix.