Luke (played by Max Parker) has been blissfully enjoying his romance with Victoria Sugden (Isabel Hodgins) of late on Emmerdale after months of fighting their feelings for one another. However, their happiness looked set to be derailed when newcomer Ethan Anderson (Emile John) arrived in the village and threatened to expose the Woolpack chef’s secret that he once had a boyfriend. In scenes airing next week on the ITV soap, the heartthrob’s past will be touched upon again as it seems something darker could have happened in his previous relationship. But with his mother, Wendy Posner (Susan Cookson) urging him to tell his girlfriend, will he regret confronting his demons?

The drama begins as Victoria continues to enjoy the honeymoon stage of her relationship with Luke and she tells her best friend Amy Wyatt (Natalie Ann Jamieson) she wants her boyfriend to move in with her.

Unfortunately, Ethan catches on to the heartthrob’s ominous mood and makes an unsettling discovery about what he is up to.

Believing the chef’s loved ones need to know, Ethan gives Wendy a tip-off of what her son is doing and she is left with no choice but to confront him.

Desperate to know what’s causing him such distress, the mother-of-two pleads with her son to be honest but he is reluctant to let her in.

Dwelling on the conversation for a while, Luke later tells his mother everything and she is left reeling about what she hears. 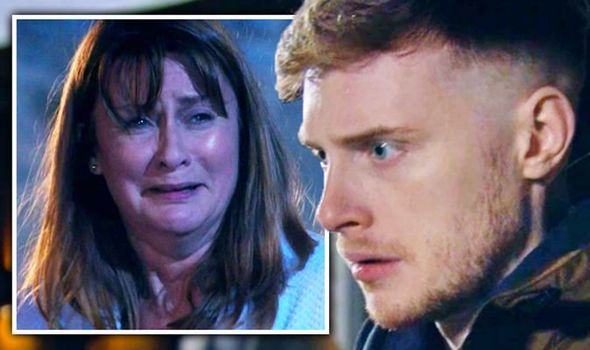 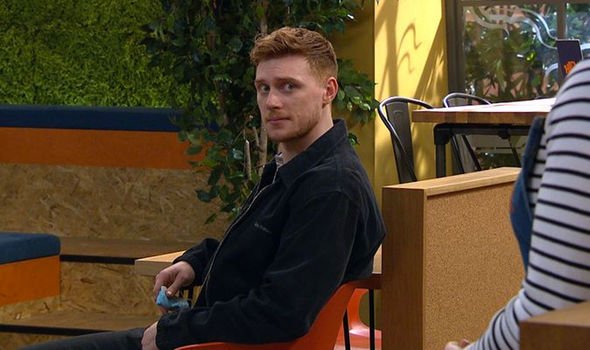 Now fully in the picture, Wendy urges her son to let go of his past and to stop it from letting him find happiness.

The mother-of-two urges her vulnerable son to tell Victoria his secret but he explains he is scared of losing his girlfriend.

Left with no choice, the village heartthrob instructs his mother to keep his secret for now or she will risk saying goodbye to him for good.

Instead of telling his lover the truth, Luke decides to bury his head in the sand and pretends everything is fine and dandy.

So much so, he agrees to move in with Victoria so he can start a proper family with her and his baby nephew, Harry. 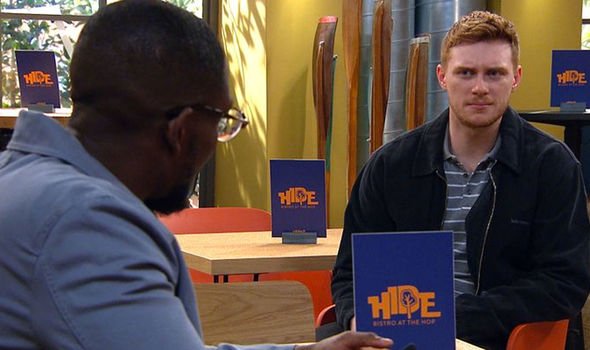 Steven was a one-time thing

It’s yet to be revealed what Luke’s secret is but with Ethan getting involved, it could have something to do with the chef’s ex-boyfriend.

Both Victoria and Wendy know the heartthrob had a dalliance with a man called Steven but not much has been said about it since the bombshell was dropped back in January.

However, Luke’s romance with his former lover could come back to the surface on the anniversary of a horrific incident.

The dark secret the villager could be hiding is he hid in the shadows as his ex-boyfriend was beaten up for being gay.

Steven could have been left fighting for his life and might have been on the cusp of death because his lover didn’t intervene. 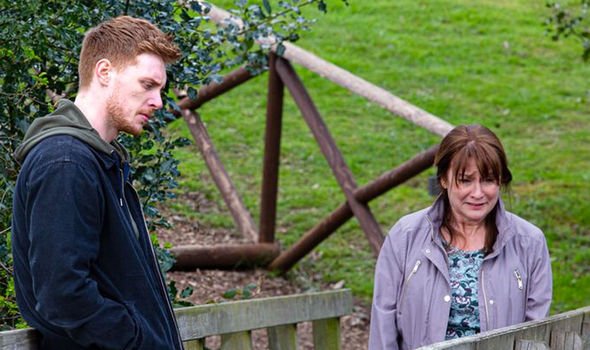 This could have led to Luke breaking up with Steven as the pair couldn’t rebuild their relationship following the events of the attack.

Ethan’s coldness towards the chef when he arrived would make more sense as he could have never forgiven the heartthrob for failing to protect Steven.

With such immense guilt on his shoulders and with the anniversary of the incident coming up, Luke might have reached out to his ex-boyfriend.

As he didn’t get a reply, the villager could’ve given up on his search before Ethan got involved and told his mother.

After telling Wendy about the night of the attack, the chef could be desperate to leave it behind him and build a future with Victoria.

In a shock twist, however, Steven could turn up in the village to derail Luke’s happiness and expose his dark secret.

The village heartthrob was very clear about how he felt for his ex-boyfriend when the chef told Ethan to stop interfering with his love life earlier this year.

Luke said: “I’m with Victoria now, we’re happy. I don’t want anything to spoil that. My girlfriend Victoria, she’s been through a lot.

“And I don’t want her to think that I’d lied to her about something that didn’t mean anything anyway. I’m not gay or bi.

“Steven was a one-time thing. I don’t want to get into this with you,” he continued but could old feelings resurface if the mysterious man from Luke’s past arrives in the village?

Taking to Twitter, those watching at home have been theorising about where things could go for Luke as one wrote: “Luke is making heart eyes at Ethan. they have potential!! #emmerdale.”

Another posted: “Yep Luke is into Ethan, Luke was way too interested in Ethan’s dating app, things are gonna get very interesting.”

Whilst a third added: “Just caught up with @emmerdale – So Ethan and Luke are definitely cheating behind Victoria’s back, but do we really need to do this again?

“It’s been done to death over the years and is such a poor representation of the #LGBT community. Come on

@ITV you can do better!! #Emmerdale,” they continued.