Emmerdale spoilers: Maya Stepney attacked as David accused – but it’s NOT who you think?

Jacob Gallagher (played by Joe-Warren Plant) has been giving his stepfather David (Matthew Wolfenden) hell on Emmerdale after his teacher and lover Maya (Louisa Clein) was taken away by the police.

Ever since the child abuser was finally exposed, Jacob has spiralled out of control and is convinced David and Leyla Harding (Roxy Shahidi) are to blame for his pain on the ITV soap.

But next week’s episodes will take a completely unexpected turn when Maya returns to the village and is badly attacked.

David then becomes the prime suspect as the police begin to investigate the case.

It will be revealed someone has lashed out at the troubled teacher when they spy her returning to the village.

But who is the real culprit?

So far David has been focused on helping his stepson try and come to terms with his abuse – so far unsuccessfully.

But is this a man who is letting his anger take control and could end up violently attacking his ex-girlfriend?

It doesn’t seem likely, and it will likely be an unexpected twist as the drama ramps up yet again on the ITV soap. 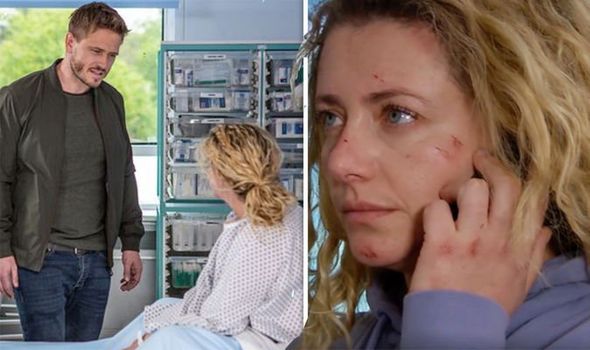 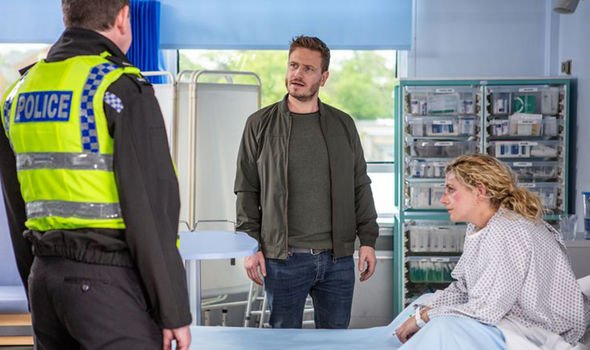 Angry and upset over Jacob’s struggle, Eric confronts the woman who abused his grandson, determined to try and talk some sense into her.

Viewers will have to wait to see what happens but when Maya is found bloody and bruised, PC Swirling is quick to visit David to ask him some questions.

What’s more, Jacob instantly believes his dad is to blame, and tells the police officer just that.

David decides to go to the hospital to see Maya and try and find out the truth once and for all, but PC Swirling arrives instead. 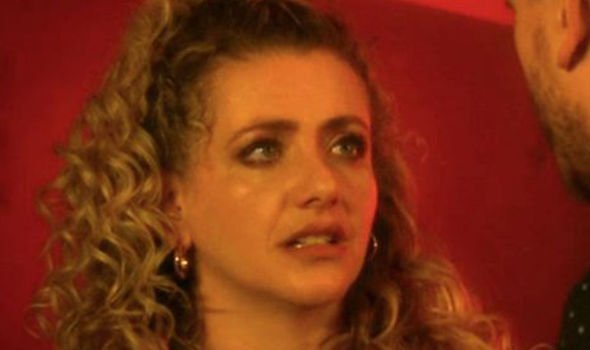 David’s unexpected visit raises suspicions with the authorities, and PC Swirling begins to wonder if he’s turned up to try and convince Maya to be quiet.

Maya finally reveals who attacked her, and David is taken out by the police officer.

Jacob is waiting outside the hospital desperate to see his “girlfriend”, leaving David more devastated than ever.

Jacob later reveals some major information which prompts David’s family and friends to abandon him.

Feeling alone and angry, David acts rashly the next day. What will he do and is he in trouble as his life begins to spiral out of control?